This topic is about Seveneves
33 views
Archived Group Reads > Seveneves

Mod
This is the discussion thread for the first book of the month, or group read, for June. Please remember to use the spoiler tags where necessary. The other group read topic for this month (Children of Time) can be found here.

Mod
I found out that they are going to do a movie of this book. 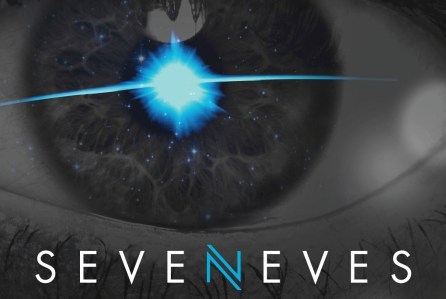 thats the budget?
wow its grand...

Yeah, hopefully it will be money well spent - and not just on graphics.

This book did not disappoint. =) Most scifi operate on the idea that human beings are capable, if not responsible for ending civilization as we know it. However, this is one of those few works that take the optimistic view of how our species are also more than capable (if not the ONLY ones capable) of "restarting" a civilization, or saving ourselves from the brink of extinction. =) Neal Stephenson's (some would say EXTREME) attention to detail is still prevalent here, the main reason that dichotomies most of his readers. On the one hand, some people would prefer that he get on with the plot or the story rather than be bogged down by details. I personally belong to the other group who finds those details very relevant, making Stephenson's world-building very convincing. The nice thing about Stephenson is that he does not write to please you. You don't care about the dynamics of Endurance or Izzy's orbit? Well, here's an in-depth explanation of the mechanics behind the motion of a U-shaped chain in outer space when pulled on one of its sides. =) This style of writing is one of the main reasons why I felt so distant with the ark presented in our other assigned novel "Children of Time". Don't get me wrong, Tchaikovsky's work was fantastic as well but the setting is not well-pictured in my mind the way I picture Stephenson's. =) The only gripe I have about the novel is that it ended too soon. The last one-third of the book still holds a lot of possibilities that Stephenson did not explore. In his defense though, exploring those possibilities would easily double his already thick almost-900-page novel. He could easily have divided Seveneves into two novels or in fact turn it into an epic saga, but what you get is arguably two novels packaged in a price of one. =) I can't wait for the movie rendition of the novel. I hope they do not mess up. =)

Mod
Marvin Flores wrote: "This book did not disappoint. =) Most scifi operate on the idea that human beings are capable, if not responsible for ending civilization as we know it. However, this is one of those few works that..."

Sounds like you really had a good time with Seveneves, Marvin! I hope the movie will be worth watching too. I like some detail - especially when the technology or its application is fascinating. This was something I found with The Night Sessions and with some of William Gibson's novels.