Mod
Get the news first about new and soon to be released books. 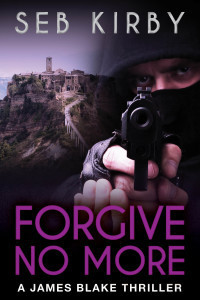 The third book in the James Blake thriller series

James Blake and his family can only be safe if the truth about the conspiracy threatening their lives is brought into the full light of day. Follow James in this intriguing thriller as he returns to London and Italy to confront those seeking to destroy his family. As the mystery comes to a resounding climax, he discovers that dark secrets have survived down the centuries and are in the hands of those who threaten all those dear to him.

What reviewers are saying about FORGIVE NO MORE:

'Bestselling author Seb Kirby takes his ground-breaking thriller series to its climax in its third installment.'