12 views
ONE X ONE > Sandra and Invisible Girl

so any ideas? I'm best at any type of romance.

Not right off the bat sorry

It's alright. Here's an idea but we don't have to if you don't want to.

grr.. how do i start this.
well the girl could be mute, but by choice because of something in her past that just caused her stop talking She has been like this for awhile. people don't usually talk to her unless she was being made fun of. She has been mute for so long, to the point where she is scared to talk again, so she just stays quiet.

the guy could be new at the school and runs into her. he tried to become her friend but she seemed to be pushing him away. but then eventually they become friends then possiblt more then that, he could possibly have the affect on her to make her try to talk again?

That sounds a lot like a book I'm writing :) it's called Speechless

:P I kinda based it off of a book a read :) does that work though?

Could i be the girl? I usually get stuck being the guy all the time :P

I do too but yeah sure
As long as you give me something to work with so I'm asking more than one sentence please and I need something to reply to it.

Oh yeah. I totally understand, my posts are usually about a paragraph long.

Oh okay I'm just saying there is nothing more annoying then someone asking to be the girl and then they write like five words and it's like how int he world am I suppose to reply to that!

lol I totally agree with you XD

okay are we doing character outlines? if so would name age personality history and appearance work?

Name: Oakley Briar
Age: 16
Personality:
Oakley is very shy. She talks to know one and only a select few talk to her, but only when they have to. When she is happy, she is a very bubbly person and loves to have fun, but that didn't usually happen with her.

History:
Pretty much throughout Oakley’s life she has chosen to be mute. She has her reasons to and no one is able to get that reasoning out of her. She is often made fun of for being mute. People would always say stuff like. Hey Oakley what are you doing after school? What was that I didn't hear you. Oakley was often off in her own world, doing what ever you want. Her parents are always hinting at the fact that they want her to talk and she would wish they would just get over it. 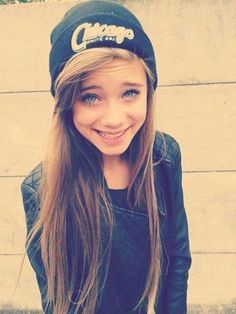 Name: Jake Hostle
Age: 16
Personality: sweet but hard to get, he trys his best to be nice to everyone. He is also very smart and sly he's pretty childish at times and doesn't understand a lot of things that ago on. Jake is pretty out there he loves to be himself and is kind of popular he just has that about him.
History: When he was young his mother became a stay at home mom she cared for him, she then had two siblings later and they were her favorite siblings of all time. One of his siblings the middle child died from an illness. So he made sure he would take very good care of the younger one. Through out the years it became clear that his mother and father only stayed together because of him and his siblings. His father was cheating on his wife with many other women and just basically tore this family apart.
Appearance: 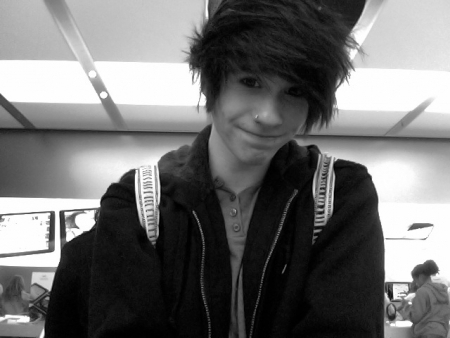 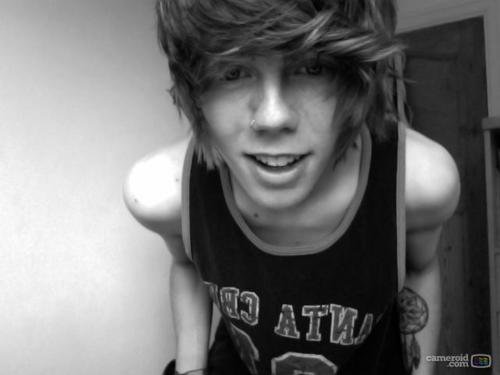 Oakley was early to school like she always was. She liked to leave before her parent got up so she wouldnt have to sit through an awkward breakfast. She walked to her locker and grabbed out her textbook and stuff then went to her first class. She sat down and was the only person in there for now.

Jake was walking through the halls with the student body president he was new in town and didn't really know anyone. Jake was a straight A student in all classes but English he hated English and just certain things he didn't understand really. He soon got his locker and put the things he didn't need inside of it. It was like him and this other guy hit it off right away they became friends.

reply | flag *
message 25: by [deleted user] (new)
May 27, 2014 08:28AM
Oakley sat in the English room with her head phones on and a book in her lap. she wasn't the type of person to be really social. She had a couple of friends but they didn't hang out a lot. Oakley was often reading or out doing stuff by herself.

Jake walked into t he room Austin the student body president said he would see him later in class he had some stuff he had to do first. Austin knew a lot about Oakley they used to be best friends but then she kind of pulled away, he knew she wouldn't bother Jake.

reply | flag *
message 27: by [deleted user] (new)
May 27, 2014 08:39AM
Oakley looked up as the two walked in. She frowned slightly at Austin and looked back down at her book. As soon as he left she sighed quietly and glanced over at the other boy that was in the room. She knew he must have been new because she hasn't seen him before.

Jake looked around the room once she heard someone sigh he looked to see that it was Oakley.
"Um hi there"
He said trying to be friendly to her of course. He sat down at an empty desk not far from her either, he did noticed that she frowned when she saw Austin and wondered what had happened between the two.

reply | flag *
message 29: by [deleted user] (new)
May 27, 2014 08:53AM
Oakley looked up and over at him. She smiled a little and waved. She felt really awkward with the whole, not talking thing and he had no idea. She hoped he didn't think she was being rude or anything, the last thing she needs is another person to make fun of her.

Jake tilted his head a little bit now that was going to bother him but he just shrugged his shoulders and sighed a little. Jake took out a notebook a pen, he started to write anything that came to his mind he often did this to keep an open mind about anything and everything.

reply | flag *
message 31: by [deleted user] (new)
May 27, 2014 08:59AM
Oakley watched him for a second then went back to reading. A couple minutes later the ball rang and she jumped. She watched as people started to come into the classroom. She sank back in her chair a little as a group of the more popular kids came in.

Jake looked up towards the door when the bell ran Austin quickly came in and sat next to Jake. He smiled at him and watched as some people came in, when the teacher came in he relaxed a little bit. He still cared for Oakley it was just he couldn't fight her battles for her against the popular kids.

reply | flag *
message 34: by [deleted user] (new)
May 27, 2014 09:58AM
Oakley took a deep breath and took out her notebook and pencil and started to write down the notes. She would glance over the Austin and Jake every once in awhile. She didn't know why she was so distracted right now. usually she could pay attentioin easily.

Austin took down all the notes telling Jake what they were learning and some pointers that might help. Jake was understanding though this was his worse subject.

reply | flag *
message 36: by [deleted user] (new)
May 27, 2014 12:45PM
Once Oakley had finished the notes she went to work on the homework that was due for her next class that she hadn't got done yet. She also pulled out her headphones and put the right one in and left out the right one so she could hear what was going on around her.

"There I think that's pretty much all that is going on right now, thanks for being my project partner though, we have one more person in our group but she kind of already did her job. I'm just trying to catch up" Austin explained to Jake.

reply | flag *
message 38: by [deleted user] (new)
May 27, 2014 01:16PM
Oakley looked up and over at them when she heard about the project and said that she had already gotten her part done. austin didn't say her name but she knew he was talking about her. She smiled slightly and looked down at her paper and began to doodle a little.

Jake nodded understanding what he had to do, Austin usually picked Oakley because she didn't talk much and he had to get better at public speaking. He often knew what she was trying to say just by the looks she gave him Austin soon got up he had to leave ten minutes before the bell to drop by the student councle room.

reply | flag *
message 40: by [deleted user] (new)
May 27, 2014 01:59PM
Oakley sat back in her chair and looked around the room, not knowing what to do.She watched Austin leave the room, then She made eye contact with Blake, the quarterback for their schools foot ball team. He grinned evilly and walked up to her and a couple guys and a few of the cheerleaders followed.

"so, Oakley what do ya think about yesterdays game? What was that I couldn't hear you. Could you speak a little louder?" Blake said and laughed along with his friends. Oakley frowned and shrunk back in her chair, biting her lip nervously.

Jake watched Blake and the other girls laugh, he finally made the connection, Austin had authority over them and this girl was his friend. Jake soon got up and walked over to them.
"come on guys leave her alone."

reply | flag *
message 42: by [deleted user] (new)
May 28, 2014 04:16AM
Blake laughed again and looked the new kid up and down. "A just what are you going to do about it?" Oakley looked up at Jake and bit her lip. She lightly grabbed his arm and tugged on it. She shook her head as if saying to stop, she was fine.