88 views
Random Queries > Where Should People Be Allowed to Smoke? *The pretty vacation thread*

Where should people be allowed to smoke?

I remember we talked about smoking in general a while back but I need to vent a little here. I was reading, on a bench outside, when some lady lit up behind me. Now, to be fair, she was about ten feet away, so I was surprised I could smell the smoke, but damn, I don't know if the wind was overpowering or whatever, but that s--t reeked. I got up and moved. And I was pissed. On the other hand, we were in a wide-open outdoor space, so many she thought I couldn't breathe the smoke from ten feet away.

How f--king far can cigarette smoke travel? What do you think? Where should people be allowed to smoke?

At work they've built those bus stop terminals (tiny ones) where folks can smoke.

Or maybe for the UK convert those barely used red telephone booths into a smoking spot.

Vegas. They can go smoke in Vegas, in designated smoking casinos. That would be okay by me.

Growing up I remember "under the bridge" was the hot spot for smokers.

With the exception of Vegas, I would say that smokers should avoid anywhere public. I, like Sherri, have sinuses that run like Niagara, and my throat tends to close up whenever I am in the presence of smoke. I even had to be rushed to the hospital for breathing treatments because some asshole blew smoke in my face outside Starbucks. I realize that smokers will probably feel that my opinion is unfair, but I counter by saying that it is unfair for me to have to pay $700 for an ER visit that was caused by some stranger’s addiction.

Sorry if I seemed a little harsh to the smokers on board. I don't have a grudge against smokers themselves, but the tobacco industry is evil. And family histories... I'm sure lots of people have similar stories.

I especially enjoy those anti-tobacco commercials. They are rather humorous.

I can't blame this smoker much. Like I said, she was ten feet away. I was surprised to smell the smoke, too.

Did you have this sensitivity when you were younger, Buns? Can you develop a heightened sensitivity to these things over time? Because I swear I'm more sensitive now than I was when younger.

I see your point on perfume, I have similar reactions myself. I suppose if smoking were only harmful to smokers, I could care less. But as that is not the case, I prefer they keep their habbit to themselves. As for cities where it is illegal to smoke indoors, I think that is a bit harsh. A person should be allowed to do whatever they want to do in their own home, just not in someone else's.

When we were in Ireland staying in a castle b%b the owner was extremely allergic to perfume. All the guests were warned beforehand plus there was a huge sign on the front doot. They served a terrific dinner with all of us but we were interrupted by a total stranger who rang the doorbell. The man of the house answered, and quickly closed the door in her face, she reeked. As he was re-entering the dining room, he just crumpled and collapsed. It was pretty scary.

And there should be a ban on how many spritz of perfume or cologne someone can apply. If I can smell you long after you are gone, or can smell you approaching, you have applied too much...

I constitute a public area as anything open to the public, restraunts, bars, parks, etc.

Like I said before, I'm sure smokers find my stance harsh or unfair. And I agree that the issue gets complicated, but lets say hypothetically that I had died before I received my breathing treatment, which was minutes from happening, do you suppose the man would have been charged with murder? Afterall, he would have been directly responsible for my death. I'm not saying that we should make smoking illegal, but I do think we should make it illegal to smoke in restricted areas. Afterall, there are places that people can't drink, why can't there be places that people can't smoke? Simply feed the addiction in their own home, yard, car, etc.

NO smelly anything allowed.

No pets, no perfume, no smoke, no gas fumes, no farts, no pissing in the subway, no bug spray, no hair spray, no antiseptic....heck - just kill all the people...they're all gonna die anyway.

No farts? But...farts are funny.

Mod
The first time I ever smoked pot I believed I was inside a giant gerbil ball. It was fun. That is kind of what my runners high was like in high school, too, a sensation of floating along without effort.

Mod
I think this question is best answered by analogy: where do we allow most people to do things that are harmful to themselves and is acceptable in certain circles. At private residences or establishments for this purpose. Like drinking 80 proof alcohol or engaging in Ultimate Fighting, if the others in the vicinity want to be subjugated to their smoke, they can go freely into those places, but they should be restricted from doing such things in the public.

Mod
In St Louis the smoking room doesn't even have a door! It's just there, like some kind of three glass walled nook of cancer!

I've always scratched my head at the concept of a smoking section in restaurants. Most aren't even segregated by a wall... just a short partition.

Mod
I smoked a lot of cigarettes in Spain.


The best was when I was young and planes had a smoking "section" demarkated by little paper signs that stuck into the top of the seat at row 29 or so.
Actually, that section smelled good to me. I couldn't wait to grow old enough to be able to smoke on my own.

In fact, I was in smoker's heaven the winter of 1998, smoking my Spanish cigarettes on the plane home from Spain.

My sister, paradoxically, can't stand flying or the smell of cigarettes, or she's nauseous galore.


Um, they don't MAKE you smoke in Spain, right?

Mod
No, but it's so very common and the opposite of frowned upon that it was hard not to.

Oh! And go to the rock of Gibraltar! 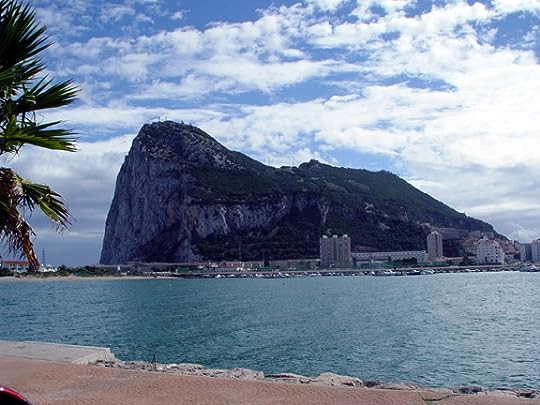 Which, I know, isn't technically Spain, but I still wanna go...

Mod
The Alhambra is in the town where I lived, Bun! Granada. I went down to Nerja a few times but never made it to Gibraltar.

Greece is one of the few places left I want to see. I'd love to do a small boat thing around the islands, and I hate boats.

I'd love to see Greece, too, largely because of all the Mary Stewart thrillers set there.

I love her heroines - young resourceful women who know multiple languages, who dash around Europe evading danger while wearing frocks. :)

One of my very best pen-pals is a girl from Athens. I remember back in 2003 how every single letter she wrote me was "Come to Greece in 2004!" That's the only way I think I'd go there-- I'd love to be taken around by a native.

There's always some quiz going around on the internet that asks you to pick between mountains or the ocean. I could NEVER answer that because I had never seen a mountain and only seen the Atlantic via Virginia Beach. Now I've seen the Pacific via Venice Beach and lived, essentially, in the mountains and still I don't know how to answer that question. I guess I want both! 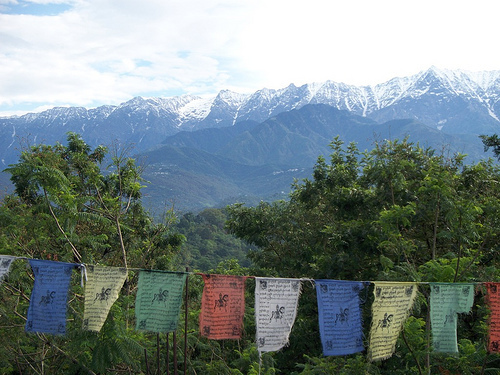 We should make a pretty picture/dream vacation thread.

Why should you have to choose between mountains and ocean? There are mountains in Hawaii: 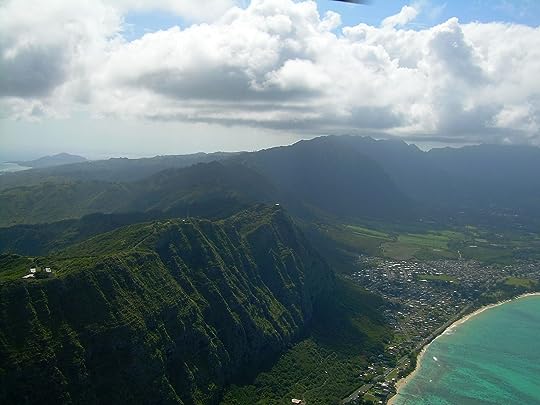 I think there are even snow-capped ones on the Big Island.

Jackie "the Librarian" wrote: "I'd love to see Greece, too, largely because of all the Mary Stewart thrillers set there.

I love her heroines - young resourceful women who know multiple languages, who dash around Europe evadi..."

I want to go to Greece, too, because of all the Homer thrillers set there:)

Mod
How far can smoke travel? If the wind is blowing the right way, I can smell a smoker 80-90 feet away. And I hold my breath until I've managed to run past them.

It's fine to say smokers can smoke in their own homes, unless we're talking about apartments/condos. Smoke can and does travel through ventilation systems. A friend of mine spent thousands of dollars putting up smoke barriers between her apartment and the next one because the smoke problem was so bad. She finally moved.

The neighbor kid smokes. He lives in the basement next door and smokes outside in an area very close to my tranquil sitting area on the deck. I find his cigarette butts by his unofficial parking spot nearon my front yard.