This book gave me the same intense pleasure derived from historical sagas by Michener James A and Edward Rutherford; and Dance Of Stone shares many dramatic elements with Ken Follett’s The Pillars of the Earth. It will appeal to anyone who loves medieval historicals.

Hugh de Barham (aka Hugh Mason) is ambitious – he’s got the artisan skills, the hard-won training, the good eye and inspired vision to bring splendid architectural splendour from masonry. The book draws a strong character growth arc for Hugh – starting from a bold move to take over as head-mason of a cathedral rebuilding at the town of Wells. He leaves his landlord lover with some regret but is more driven by his opportunity to make his name and mark in the world.

The first half of the book is focused on Hugh’s establishing his credentials and leadership as head-mason with his team of workers, labourers and craftsmen. A strong line-up of characters are given life by the author – head foreman, housekeeper, boy apprentice, church Dean, conniving steward, powerful churchmen, local baronetcy, even English royalty (this is the time of the crusader King Richard the Lionheart and his brother John, the Landless).

Amidst the struggle to find quality stone and juggling the finances to pay his workers, Hugh battles his inner demons – haunted in his dreams and waking hours by tragic deaths and murder which he was helpless to prevent. Our hero is well aware of his desire to give and receive love from his own gender; seemingly quite resolved emotionally and theologically about being a ‘sodomite’ (no great big coming out angst here folks). He does get romantically torn between two men – the object of his affection (an archetypal Galahad figure) and a feisty, sexy, foreigner who pursues Hugh single-mindedly.

The story also provides much talk and discussion on the use of stone, the technical detail and terminology associated with cathedral building is extensive and intriguing. Contrasted with these are some lovely passages describing the quiet life and simple joys of daily living.

Drama tension and danger elements are brought into play when Hugh gets himself (foolishly and unwittingly) entangled within the power-plays of church leadership – canons, arch-deacons, bishops, deans etc). The second half of the book deals with the fallout and aftermath of Hugh’s impetuous act and the consequences of having fallen foul of powerful men. The author gives readers a wonderfully complex main character in Hugh – driven, fearful, guilt-ridden, brave, outspoken, tentative, level-headed, fair, emotionally stunted …. I love Hugh, the master-mason, and likewise appreciate and adore the many vividly memorable secondary characters – Arnaut, Godric, Alexander Medicus, Osmund, Rochilda, Esther, Richard, even Nicholas.

This is a tale of a good man, trying to redeem himself from his past mistakes and failures, hoping to find safety and love, and courageously making beautiful stone structures - amidst a backdrop of political uncertainty and unrest, religious game-playing and avarice, at a time when the lives and fate of common folk rest in the hands of kings, barons and churchmen.

Thank you Mr Taylor for a wonderful read – I look forward to more of your writing. And yet another excellent release from Manifold Press. 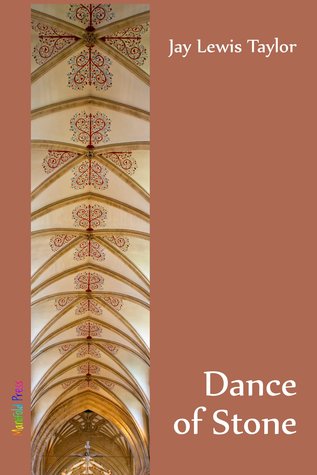 Mod
It took me a little while to really get into the spirit of this book. I'm not sure why that is, because I've always had a fascination with gothic architecture ever since I was a very small child. (I think that interest in the gothic is what got me started working on stained glass, in fact.)

However, somewhere around one-third of the way through, the story suddenly "clicked" for me and I raced through the remainder of the book. It's an interesting tale; I've read precious little gay-themed literature set in the mediaeval period, and wouldn't mind seeking out more.

To really get myself into the spirit of the thing, I Googled photos of both the Wells and Lincoln cathedrals (buildings that figure prominently in the story) so I could get a real sense of place as I was reading. Oh, of course I realise that both cathedrals have changed drastically over a period of hundreds of years, and the present-day appearance of both buildings is not how they would have looked when the story took place. But this little bit of background information did give me a foundation to go on, something to imagine as I was reading.

Also, I dug out my old copy of Cathedral: The Story of Its Construction (I've had it at hand for decades, though I hadn't looked at it recently) to refresh my memory of how these structures were put together. Great picture book!

Plus, I had a look at this video (can be viewed on-line for free):
http://www.pbs.org/wgbh/nova/ancient/...
This one-hour programme provided truly excellent visuals which help the casual viewer understand the basic forces at play in these buildings. It did so by examining two cathedrals in detail---one which suffered catastrophic failure in mediaeval times and another which is falling apart now. Excellent study in what happens when the basic rules of gothic construction are stretched beyond their limits....

At any rate---I enjoyed the book! And I'll be more than willing to read any additional works the author publishes.

I liked it too, you've both covered it pretty well up there. :)