newest »
message 1: by [deleted user] (new)
May 03, 2014 03:46PM
A horror/romance RP where a girl meets a hideous, evil leprechaun in the woods and ends up becoming friends with him and then falls in love with him, and vice-versa.

reply | flag *
message 2: by [deleted user] (new)
May 03, 2014 03:52PM
Name: Lubdan is his real name, but his name is unknown to people who don't know him well. He is generally called "Leprechaun." If you want to know his real name, you'll have to walk up to him and ask him, if you dare.
Age: Unknown, he's immortal. But if you want to hear his age, you'll have to ask him (once again, if you dare).
Species: Leprechaun.
Personality: Lubdan is one of the most vile, evil creatures that exists out there. You would think all leprechauns are just mischievous and good and innocent, but Lubdan is pure evil. He is bloodthirsty and loves to kill and doesn't show any mercy, unless you give him a good reason to keep you alive. He is very powerful and possesses some powers, and he is almost impossible to kill. And if you do succeed in killing him, he always keeps coming back. Not to mention, he has incredible, supernatural strength. But while Lubdan is evil, he also has a great sense of humor at the same time. He will show it quite often, whether it's toward his enemies, his prey, or his friends. And if you're wondering how such an evil leprechaun can have friends, well, there is a way to get him on your side for good. Actually, there are two ways. One, if you give him gold or any kind of treasure, he will be very happy for that. And two, if you risk your life to save his, that will be really something to him, for he knows how evil he is and takes pride in it, and not very many people would want to risk their lives for an evil leprechaun, and he knows that. If you do either of those things for him, or especially if you do both, he will be your best friend for life. And then he will show a rare side of him that he will show only to his friends: kindness, gentleness, compassion, love, care, and concern. If he genuinely cares for you, he will watch over you very protectively and will die for you. If he ever sees you in distress, he is quick to help you out and comfort you. Once your friendship with him is deep and sure, and he genuinely calls you his friend, you shall at last be assured that no evil leprechaun will be coming to get you, and you will finally be able to truly and safely trust him. He will be loyal to you to the end, and you could never be in safer hands.
Appearance: 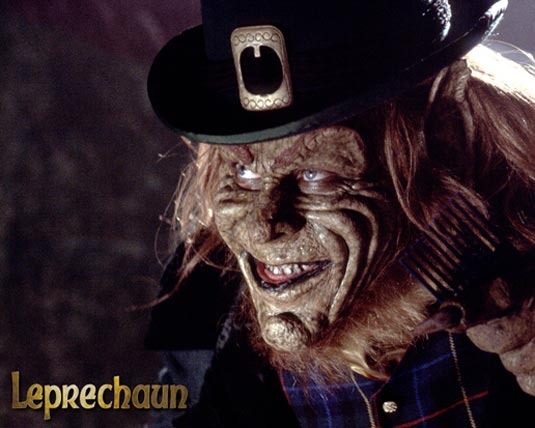 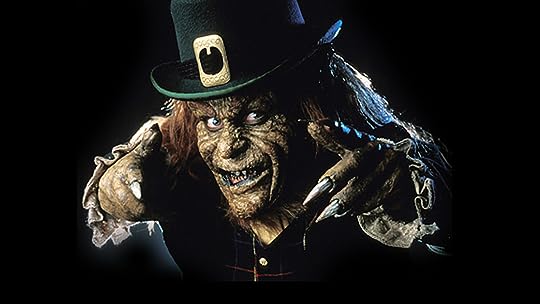 History: Unknown.
Other: But like all creatures, Lubdan has a huge weakness, and that is the four-leaf clover. If you place one on him, he will get very sick, like someone who has respiratory problems along with a stomachache. But if you make him consume one, it will kill him, causing his body to decompose or explode. As one of his powers, Lubdan can make his 3-foot-6 height grow to six feet, or to a giant size. 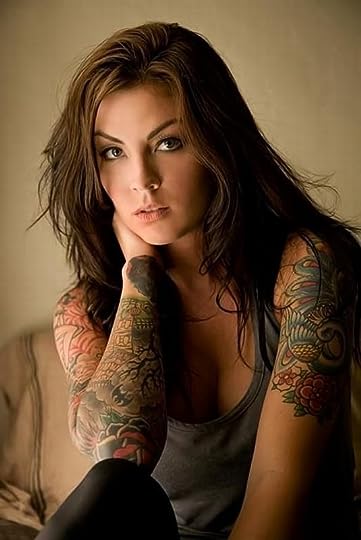 reply | flag *
message 6: by [deleted user] (new)
May 03, 2014 04:09PM
It was a dark, moonlit night out in the forest. It was a forest out in Ireland, and it was beautiful at day, but scary and eerie at night, all because of a wicked leprechaun that dwelled in it. He had a cottage somewhere deep in these Irish woods. Lubdan was out for one of his night walks, coming out into the moonlight and then vanishing into the shadows, over and over again.

reply | flag *
message 7: by [deleted user] (new)
May 03, 2014 04:20PM
Monica had just got home from working in the winery just outside of town. She was so happy to know she could go get wasted in the woods with her brothers. They all got in the car and drove to the forest and got out of the car ready to drink.

reply | flag *
message 8: by [deleted user] (new)
May 03, 2014 04:24PM
Lubdan stopped abruptly as he heard a car door slam in the far distance, followed by more door slams. Somebody must have driven to the woods, or more precisely, a bunch of people, and Lubdan knew they had some reason. He walked in the direction of the door slams and hid behind a tree to spy on the young people.

reply | flag *
message 9: by [deleted user] (new)
May 03, 2014 04:34PM
"Monica you don't really believe in that leprechaun do you?" Daniel asked drunk off his ass already. He was following his sister and laughing as he waited for her to answer him about the whole leprechaun thing.

Monica turned around to look at Daniel,"shut up you dumb ass." she said in a hushed tone but when George bursted out laughing she formed her hand into a fist and started to beat the crap out of them both,"if you two don't shut up you're not going to get anymore wine.

reply | flag *
message 10: by [deleted user] (new)
May 03, 2014 04:40PM
Lubdan continued to watch them and listen, his long, blonde hair blowing softly in the quiet, cool wind. He smirked at Daniel's question to Monica, having to cover his mouth to muffle a sinister snicker. So they knew about him, or they at least knew the so-called myth about him. After making sure he was composed, he resumed watching.

reply | flag *
message 11: by [deleted user] (new)
May 03, 2014 04:44PM
Monica walked with her drunk brothers and got to the deepest part of the woods which had a huge clearing for her candles and all the other things she needed to bring isaah back from the dead. (view spoiler)[Monica is a very skilled witch that your character has a book about. (hide spoiler)]

reply | flag *
message 12: by [deleted user] (new)
May 05, 2014 05:46PM
The more Lubdan watched them, the more he eyed the girl. Didn't she look familiar? With a quiet snap of his fingers, Lubdan made a large book appear on the ground before him, which he picked up and started skimming through. Finally, his finger landed on a picture of a witch. It was her all right.

reply | flag *
message 14: by [deleted user] (new)
May 05, 2014 07:32PM
Lubdan looked up from his book at her. Seeing as this was too good to miss, he snapped his fingers and made the book disappear again before he came closer to them, hiding behind another tree somewhere off to the side to watch in secret.

reply | flag *
message 15: by [deleted user] (new)
May 05, 2014 07:52PM
"what do you need Monica?"Lucicrux asked looking at Monica seeing that she has not changed since the last time he'd seen her. She was a very beautiful witch and very seductive at that. He would do anything for her.

"I would like it if you could find Isaiah's soul and bring him back to me." she said looking up into the demons eyes knowing he would listen.

reply | flag *
message 16: by [deleted user] (new)
May 05, 2014 07:54PM
Lubdan listened and watched intently. He would have shown himself a long time ago, most likely, but this was too interesting for him to be a party pooper now.

reply | flag *
message 17: by [deleted user] (new)
May 05, 2014 08:05PM
Lucicrux looked for her little worthless boyfriends soul and plucked him from thin air. "be warned that he's not going to be him old self." the Demon warned.

reply | flag *
message 18: by [deleted user] (new)
May 05, 2014 08:07PM
Lubdan smirked in amusement, thoroughly entertained. It wasn't often that people did things like that in his woods when he was around.

reply | flag *
message 19: by [deleted user] (new)
Jun 02, 2014 08:13AM
Monica looked at the demon and smirked knowing that her boyfriend wouldn't be the same because no one is ever the same after being brought back from the dead.