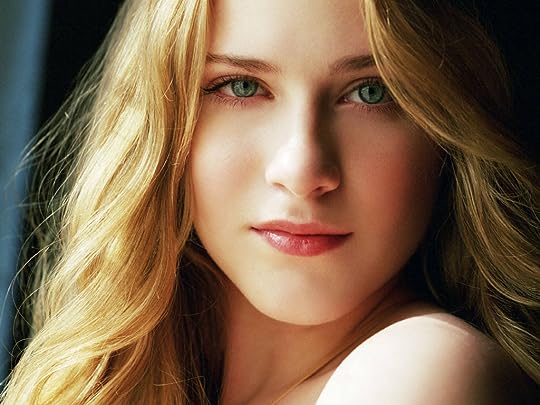 Written Description Bree looks very similar to her twin sister Bella. She has medium blond hair and aqua colored eyes. She is medium height and it thin as a stick.
hair color: Blond
eye color: Aqua (Blue-Green)
height: 5 ft 6 in
weight: 125 lbs.
skin tone: Fair
Distinguishable marking: Bree has a small tattoo of a flower on her lower back, similar to her sister's

personality: Bree is very calm. She doesn't like fighting and like peace. She is pretty shy and tends to stay to herself. Bree loves to just be by herself and watch the birds and the clouds. She doesn't mind being alone but also likes the occasional company of her sister. She feels as if Anabella, even though she is nothing like her, is the only person she can hang out with because her dad is abusive and her mom favors Anabella. While her sister and her don't share the same interests, she has no idea what she would do without her company.

Family
MotherMelissa Huff; age:35; Melissa, Anabella's mother is tender and lovely and would do anything to protect her two children, Anabella and Bree.
Father: Ryan Huff; Age: 36; Ryan, Bree's father abuses her and her sister and is of the cruelest nature.
Sister:Anabella, Bree's twin sister, is rough and likes to fight. She is the opposite of Bree and is very fierce.

History Bree is Anabella's twin. While they may look similar, their personalities are opposites. Bree hates fighting and violence. She loves to sit outside and look up at the sky. Bree loves to breathe in fresh air and relax with a good book. She is nonchalant and goes with the flow. Bree is more of a follower than a leader. She just wants to fit in with everyone else.

Weapon of Choice:
None, but if had to choose: Tranquilizer Dart Gun
Faction they want to go to:Amity
Aptitude test result Amity
Faction they choose at choosing ceremony: to be filled in later
divergent: yes
other:Bree hates being compared to her twin sister because they are polar opposites. While her sister chooses to deal with their dad's abuse with violence, Bree would rather deal with it by reading a book or gardening. Bree also doesn't get frazzled but worries quite often.

The personality needs to be longer, the mother and father need to be italicized, and you need the siblings

Mod
thanks sorry about the misunderstanding about the aptitude testing

Yours is great too!

Mod
Thanks I have her twin too. Anabella Huff.