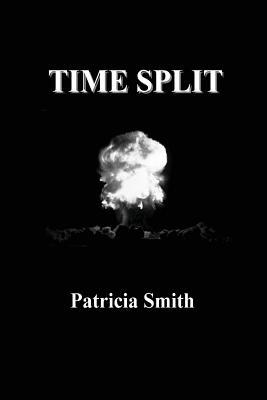 A scientist's ‘harmless’ tinkering, just before World War II, causes a catastrophic change of events which lead to nuclear war in the present.

40 minutes into the war most of North America, Asia and Europe were destroyed. A cycle of annihilation, which once started became impossible to stop.

The launch of missiles, detected by satellites, set the wheels in motion for the retaliatory strikes to begin.

No nation escaped the cascade that followed; even those neutral in the war.

Detonation was the only warning for most that things had escalated beyond reason as the use of thermo-weapons had never been discussed. A huge electromagnetic pulse, which fried all electrical equipment inside the strike zone, shut down power grids and plunged the region into darkness. A microsecond later there followed a flash of intense white light, which filled the sky, as a small sun erupted within the city.

As the glare burned the corneas from their eyes, it simultaneously cauterised their optic nerves, but the blindness and pain only distressed for a nanosecond. Superheated air, expanding at a rate of 400 metres per second, dwarfed all previous torment. Skin was seared and lungs disintegrated as a last agonised breath choked in the furnace.

On the fringes of the inferno, fires erupted in every direction whilst in the centre, where temperatures reached millions of degrees centigrade, everything was vaporised in a millisecond. The scorching, dust-filled air tore upward in a fiery plume, looking, to all at a distance safe enough to witness the madness, as though hell had broken loose. Seconds later it hit the stratosphere where, cooling, it began to fan outwards, forming the terrifying calling card of man’s most destructive weapon.

There was no hope on January 28th. The mercy for most was death came swiftly.

On a worldwide scale, billions died immediately following the initial strikes, and in the weeks after, millions more from radiation and starvation.

Anyone interested in having a chance of winning a free copy simply say so below. No discussion question required this time. There will be 3 winners of the paperback.

Wow sounds awesome i would like to enter please!!

Sounds intriguing. Please put my name in the hat.

Please add my name in the hat as well.

Please count me in

Count me in please!

I would like a chance to get a copy. It sounds very exciting.

Count me in please.

I'd love to enter!

I WOULD LOVE TO PUT MY HAT IN THE RING FOR A COPY.

"A scientist's ‘harmless’ tinkering, just before World War II, causes a catastrophic change of events which lead to nuclear war in the present..."

I'm curious about the "harmless" tinkering, and how it is corrected.
Enter me, please.

Here's me throwing my name it the hat.

Sounds great, please put my name in the hat as well.

Mod
Two entries does not increase your chances Art but I like your enthusiasm.

In Canada, across "the longest undefended border in the world" (so leaders from both sides trumpet), they only have one day to celebrate veterans, living & deceased. It occurs on the same day as the American Veterans Day, November 11. At 11:00, on the 11th day, of the 11th month, they, and the rest of the British Commonwealth, come together to celebrate the lives of all veterans.

So, that's what others do, instead of Memorial Day

I'd like to get a copy of it, thanks!

I would like a chance to win a copy

Please enter me, in the competition ... Good luck everybody.

Please enter me. Thank you!

I would like to thank all of you who entered the book giveaway for May and for taking an interest in my novel, Time Split.

Thank you for the book - I received it about 4 days ago and finished it 2 days ago.

Thank you again for the opportunity to read something new (especially about time travel!).

Jamie wrote: "Thank you for the book - I received it about 4 days ago and finished it 2 days ago.

Thank you again for the opportunity to read something new (especially abou..."

Jamie wrote: "Thank you for the book - I received it about 4 days ago and finished it 2 days ago.

Thank you again for the opportunity to read something new (especially abou..."

Thank you very much Jamie.