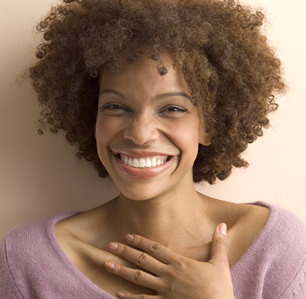 personality: Sarah is a divergent. She has both traits of Erudite and Amity. She is inquisitive, analytic and intelligent. Like her son, she is also kind, laid back and rather non-confrontational. She can be quite secretive when it comes to her past. Despite that, Sarah has a cheerful and bubbly disposition. She laughs a lot. She has an eccentric personality and might come to unusual ideas from time to time. This trait also passes down to Daniel.

History
Born into Abnegation, Sarah had always been an obedient child. She never asked questions at dinner, speaking only when spoken to; doing what others asked her to do. In reality, young Sarah was very inquisitive. She wanted to ask so many questions, why they did this, how that worked and so on. But she valued harmony too much to ever question the tradition directly. Instead she devoted her time in library and conducted her own research.
When she went to school, she met another Abnegation girl called Alicia. Alicia was outspoken and she confided her desire to leave Abnegation to Sarah. This inspired Sarah’s own wish to join another faction. The two girls bonded over their common aspiration.
Later, when Sarah took her aptitude test, she got Erudite and Amity. This was a secret she decided to keep to herself. She chose to transfer to Amity in the end because she thought she could be happy there. In one of her visits back to Abnegation, she met a factionless man during a volunteering event. They fell in love. She almost renounced her faction to be with him. But he was killed in a seemingly freak accident, just before Sarah found out she was pregnant with Daniel. The news shattered her heart and threw her into a period of depression. Alicia, her childhood friend who had become a dauntless woman, helped her through her difficult time. The Amity, being a forgiving community, welcomed Sarah back.

fears:
-Turtles
-Losing her son
-The past

weaknesses:
-The Past
-Too nice, too gentle at times
-Turtles

Weapon of Choice:
Her wit

Aptitude test result: Erudite and Amity
Faction they chose at choosing ceremony: Amity
divergent: yes
other: She got a job as peace serum administer. This job allows her to take some vials for her experiments. So far, she has succeeded in creating a new type of flower which releases peace pheromone. When people go to her house, their moods usually lighten up. She also likes dancing and singing. She can read and comprehend a 600 page book in two days.

I will finish her!

I'm done with her, go to sleep now.

She is really good Fong!!Well Done :)!