*nodnods* The artwork for their logo makes me squee some days. Like TODAY!

I do like today's logo - very nice! Justice League Headquarters has a new sponsor, I guess.

I love google, and as a comic book nerd, I heart the icon.

I'm still the only nerd on the planet that hasn't made a pilgrimage to Comic-Con. Looks like I won't make it this year, either.

Comic-Con would overwhelm me. But in a good way.

I've been to AggieCon several times, and Tex Trek. Does that count?

Gus - I've never made said pligrimage. One day. One daaaaay.

If you could go to CC, would anyone dress up? If so, what's the costume?

If you could go to CC, would anyone dress up? If so, what's the costume? "

Which Rogue version? Movie or comic?

I might go as Meltdown (Boom-Boom, Boomer). I'm too self-conscious to attempt those bikini outfits (even though I'm encouraged to)!

Or an older Supergirl :P

If I could sew, I had thought about transferring Marvel X-Men pages to fabric and constructing an awesome outfit!

My sewing skills are minimal at best. But I sketch, and my best friend sews, so I have faith that we could combine skills and come up with something awesome.

I would dress up as Hal Jordan era Green Lantern.

Nice pics Sherri. Do you know what the story was with the guy's furry Capt. America costume?

I think I saw furry Captain America! ...actually I did at Dragoncon! I'm not sure about going this year.

I'm not a hardcore cosplayer, so I may just don an old Starfleet uniform, a la Captain Kirk's yellow shirt. I may even talk my wife into dressing as an Enterprise crew member, sporting a beehive and thigh-high boots.

I would love to go sometime and actually see the convention cause it sounds like a riot. I went to a scifi/fantasy writers con in Seattle one year, and actually got to sit on a panel of judges for short stories, as well as get to read some of my stuff... but I missed the entire main convention due to repeated Murphy's Law antics. Stupid Murphy!

it is beautiful, as if from a fairytale.

Today's Google Doodle is in honor of Jules Verne's birthday, and it is AWESOME. I just spent ten minutes toggling around it.

Mod
Where do you see this?

I saw it this morning but didn't realize what it was till you explained it just now, Sarah. I just went back and tried the interactive stuff--really is pretty neat what they've done with the navigation feature.

Eeeeeeeeeee I saw a narwhal and found treasure!

Mod
I went to see and it looks like the view out submarine windows.

Perhaps I need to rephrase? Today's Google Doodle is in honor of Jules Verne's birthday, and it is an AWESOME example of a Google Doodle. I just spent ten minutes toggling around it. I like it because it's interactive and there's a narwhal.

Mod
What? What is a google doodle? how does one toggle?
I'm very very confused now. NARWHAL? Is that an acronym?

A google doodle is one of the special icons that they commission to commemorate certain anniversaries, holidays, etc. It's always their logo redone in another style, reminiscent of something to do with the holiday, anniversary, etc. They are often clever, but rarely interactive. I said "toggle" because I thought people would start getting crass if I said I liked playing with the joystick, but if you play with the joystick to the right of the submarine window, you can look around underwater. 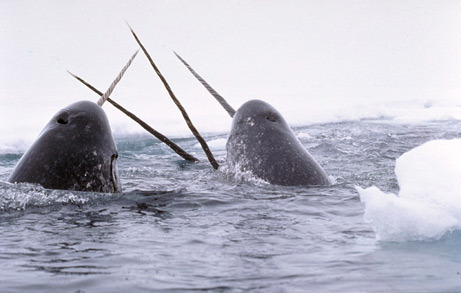 See how the letters in the word Google are made into pictures? That is the Google Doodle.

The joystick on the right hand side of the page is an interactive bit and moving it up or down is toggling.

If you toggle down far enough, you can see neat things out the sub windows, including a horned fish called a narwhal.

It's not as fun as the Pacman one from last year but it was a nice distraction.

I've been around Comic Con when it was here in Long Beach. Seeing all the costumes was fun, and watching all the civilian tourists gawk at them was even funnier.

Aynge wrote: "I've been around Comic Con when it was here in Long Beach. Seeing all the costumes was fun, and watching all the civilian tourists gawk at them was even funnier."

Yeah, I like gawking at the gawkers during Otakon and the Kinetic Sculpture Race. The only two times I found myself gawking were 1)when the inner harbor was overrun with middleaged people in frilly dress (turned out to be a square dance convention) and 2)when my aunt's car was hit by Space Ghost (during Otakon - and please note that he hit her, not the other way around)

Today's google doodle is a Calder mobile. You can push it in different directions and it will spin with proper physics. Very cool!

I loved the peas on Wednesday(?) for Mendel!

Were they interactive? I didn't have time to check.

Mod
I can't remember, but the peas were cool.

And today's Doodle is in honor of Jorge Luis Borge.

I like the Borges doodle, though just looking at it I never would have guessed who it was honoring.

Really? I'm not seeing that on Google.