Yes! Are we doing character sheets?

Okay. It's gonna take me a while, since invitation my computer. I'll be back in like an hour to do that.

I have Himwen done! Here she is!

▇▇▇ Himwen- "Mwen"
↪ The name Himwen, pronounced him-when, is a Sindarin name meaning “cold lady”
↪ The nickname Mwen, pronounced mm-when, has no real meaning, as it is just a shortened version of her name. This nickname is only used by Kili and occasionally Fili. 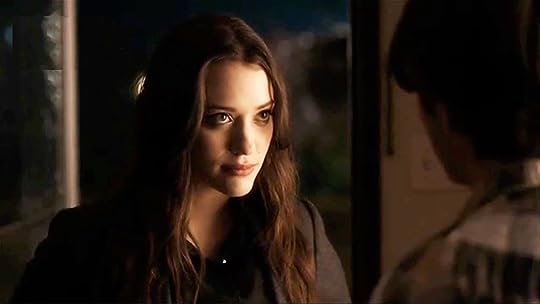 Himwen is a tough girl to describe. While she is an Elf, she is exceptionally short, standing at only five feet exactly. She has very thick long dark brown hair that falls in waves. She often braids it, though has never been convinced to cut it shorter. Himwen’s eyes are deep brown, and rather wide. Her skin is a healthy color, and her face is an oval shape.

▇▇▇ Pᴇʀsᴏɴᴀ
Stubborn + Action-oriented + Loving + Impulsive
↪ Stubborn - Himwen is incredibly stubborn, always needing to get her own way. She won’t take no for an answer. She does things her way or no way at all, and if you know her, you’d better get used to it.
↪ Action-oriented - It’s not right to say that Himwen likes fighting, though she is more battle-inclined than some others, but rather she likes taking action. If there is a problem to be solved, Himwen sees more merit in going out and doing something to solve it, rather than talking about it.
↪ Loving - Himwen cares very deeply for those she is close to. She will protect them with her life and will stand by them no matter what. She is devoted, and cares very deeply for many people.
↪ Impulsive - One of the first things people notice about Himwen’s personality is how reckless she is. She often jumps into situations without thinking about them first, which is how she gets into trouble... Quite often, actually.
↪ Likes; smithing, music, singing, dancing, action, Kili, her two swords
↪ Dislikes; Orcs, anyone who tries to control her, being made fun of for her height
↪ Strengths; sword fighting, getting into trouble, smithing, getting her way
↪ Weakness; her deeply caring nature, Kili, her impulsiveness

↪ Secrets; Himwen is a surprisingly open book; she has few secrets, and those she does have are unimportant
↪ Fatal Flaws; caring too much, impulsive

Himwen is the only child of Althoniel and Edaron of Rivendell, close friends of Elrond and his wife Celebrian. She never really knew her mother, as Althoniel died when Hiwen was young in an Orc attack. Her father, distraught by the death of his wife, killed himself only months later, leaving the care of Himwen to Elrond. Elrond treated Himwen as he did his own children, teaching her and raising her as a child of his house. It was only a few years ago that Himwen left Imladris, wanting to see more of the world. She did not get for, as she became stranded, with no supplies, in the rain, only to be found and taken in by a Dwarf who lived in the Blue Mountains. This Dwarf was Dis, the sister of Thorin and mother of Fili and Kili. It took some convincing, but the Dwarves allowed Himwen to live among them. She learned the art of blacksmithing from them, and picked it up quickly, as she is a quick learner. Over the past year or two, she has slowly developed feelings for Kili, which he has returned.

Hello? We are still doing this right?