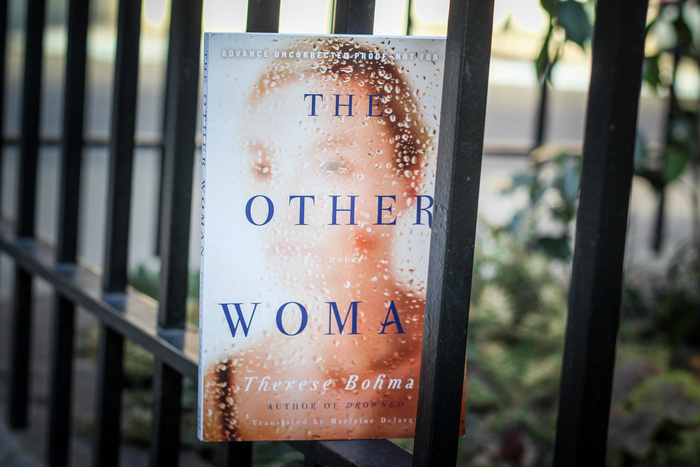 During the last week of the month we discuss our March 2016 selection "The Other Woman" by Therese Bohman.

Lauren wrote: "I'm looking forward to this discussion!" Me too!

Mod
It's time to discuss the Other Woman! Here are some questions from the publisher, Other Press, to get our conversation started. We'll add more questions that pop up at tonight's discussion at Scandinavia House.

1. How are the narrator’s imagination and aspirations shaped by her gender and class position? (See p 15, “I could spend hours planning what the wardrobe I hoped I would one day be able to afford would look like.”)

2.The narrator describes Norrköping as “decaying” (p 43) and “tainted” (p 184). In what ways is she a product of the town she comes from? Does her journey over the course of the novel have any similarities with how she describes the town? Why do you think the narrator wants to leave Norrköping?

3. What do you think of the narrator’s relationship with Carl Malmberg? Do you agree with her when she says “He isn’t interested in me just because I am younger than he is and he thinks I’m pretty…[but because] he thinks I’m smart, and that I’m capable of achieving things” (p 122)?

4. The narrator says that she “had gone all the way through high school without really learning the skill of abstract thought” (p 11). Does her inexperience with abstract thought frame or anticipate her relationship with Carl Malmberg? She also says “I have never had a plan for my life” (p 11) and she rejects the “template” that exists for the conversations the women in her classes have (p 14). Does she succeed in forging any relationships that fall outside of the “template” or “construct” she criticizes?

5. The narrator feels she stands outside of the “sisterhood” (p 28). Why does she feel so? What makes her so? Do you condemn her for her criticisms of feminism or identify with her?

6. What do you think of how the narrator links beauty and an appreciation for “culture” to class? (See p 125, “Everything is so beautiful. Living like this must make you happy. This is what I want…Just imagine having enough money to choose the very best wine glasses.”)

8. The narrator often feels a sense of communion with Dostoevsky’s “man from underground” (p 194), but she also makes several references to film (p 60, “It’s kind of like in a film, he’s much older than me…”; p 67, “Secrets were what people had in films and on TV”; p 104, “I have fantasized about this, watched it play out before my eyes like a film”).
Do you find her story to have more of a literary sensibility, or a cinematic one? Is her imagination shaped more by literature or by film?

10. Do you think the narrator ends the novel on a note of triumph? If so, then in what way, and if not, then why not? Do you think she will ever become an author?

1. How was your reading experience? Did you enjoy reading the book? What parts did you enjoy/not enjoy?

2. The narrator in The Other Woman is unnamed. Is this something you reacted to right away? When did you realize that she is unnamed and what effect does it have on the reading experience?

3. What is the narrator’s view on feminism and her friend Emilie? Where does this view come from and why is she so alone?

4. Did you find the narrator to be mentally unstable? When? How did you react to her smelling dampness everywhere towards the?

5. What did you think of the ending? Was Carl proud of our narrator?

6. What picture does the narrator paint of the city of Norrkoping?

7. There is something sad about our narrator. She is clearly unhappy with her life and her situation overall. Still she seems incapable of making decisions that would make her everyday life happier. She seems to have all the tools and yet she is stuck. Do you think she gets out in the end or will she continue to postpone the new life that could be there for her?

8. Is there a sentence or a part of text that stuck with you when reading the novel? Would you like to share it?

10. Would you read another novel by Therese Bohman?