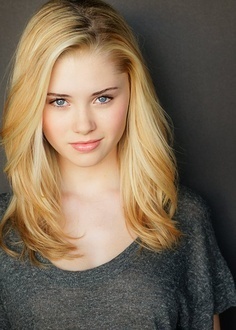 Written Description
hair color: blonde
eye color: blue
height: 5'7"
weight: 113 lbs
skin tone: fair
Distinguishable marking: has a scar on her wrist from getting into a fight as a kid

personality: She is very sarcastic. She can be funny, but at the same time serious. She enjoys a good fight here and there. She's tough and won't back down easily. She is nice to people when they need a friend. She will sometimes offer advice just to be nice too, but not often.

family:
Mother Anne Shaw, 46, She is very smart and supports her kids.
Father: Dylan Shaw, 47, He is more strict than Anne, he wishes for his children to do well in school, but he will never harm them, just get a little mad then let it go
Sister: Younger, 8, Amelia (goes by Amy) Shaw, always playful and does well in school
Brother Younger, 12, Brandon, always serious, but he is playful only with his siblings

History While growing up, Alex wasn't the smartest. She loved messing and playing around. She didn't take anything seriously. Her friends would dare her to do dangerous things and she would do it. As the choosing ceremony started to approach, she knew that she wasn't meant for Erudite. She decided that she would pick dauntless. All her life, she knew she always would want to pick Dauntless.

dislikes:
-losing
-learning
-people who are better than her

weaknesses:
-she thinks she can always win
-she will do anything for her friends
-she won't kill

skills:
-strength/speed
-good fighter
-she's smart when it comes to strategy, so I guess playing trick games or capture the flag games would be a good game for her

um... I don't know why it's all bold, I followed the outline exactly and did what the instructions said...

Alright that's a template problem I need to fix. It probably originated at the history
The format should look like
<.b>history<./b> without the periods

Go to the edit and make sure that's what it's like. There may be an i instead of a b or the / may be placed wrong

Alright, delete my little blurb by family and you're good

Take out what she chose... It hasn't been chosen yet