Appearance: [image error]
Written Description:
Hair Color: Dark Brown
Eye Color: Brown
Skin Tone: Tanned
Body Shape: He is muscular, but never shows off.
Height: 5 ft 10 inch
Weight: 145
Pitch of voice: He has an alto voice and can lie easily.
Other: He considers his hair annoying, so he just lets it be. He wears a pair of worn leather boots given to him by his dad. He tends to simply wear jeans, a plain T-shirt and a hoodie if it's cold.

Personality: Ryan is an average Abnegation guy. He's selfless, and will sacrifice himself for anyone he cares about. But he is also very kind, caring, calm, and peaceful. He doesn't prefer violence, but if someone he cares for is in danger, watch out. He can be a little secretive and shy, so make sure you approach him nicely. He's a bit talkative, but in a good way. He really loves to lead, but mostly lets others take the job.

History: Ryan was born in Abnegation to Emily and Jason Kyllo. When he was 9 his mother died. They were about to go out for dinner when a group of armed men in uniform stormed in. The men whispered something to his father. After a moment his mother grabbed her husbands arm and tried to pull him inside. But it was to late. One of the men pulled a gun from his holster and held it up. He aimed it at his father. Before he could pull the trigger his mother jumped in the way.

Other: Ryan is afraid of fire. Major time. He loves to draw, and surprisingly, read.

Delete my little blurb by the family and you should be good to go. :)

Oops, hang on, the image isn't working, can you try?

I can the link works for me...

Did you try the format? 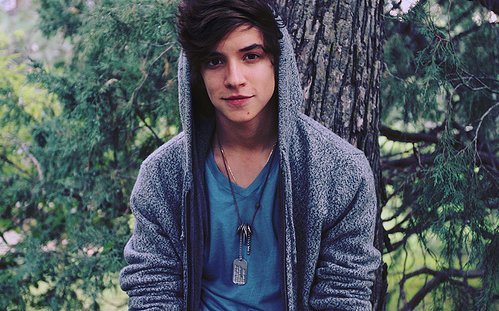 i dont think images are really working right now, they sometimes glitch like that

Is the picture working? Anyoje on a PC?

I don't know why it won't work Ally's worked! I am on a PC for now.