Mod
Not a London writer or indeed a particularly Hamiltonian book but, still worthy of its own thread, because it's a book about London by Rob Baker. Yep, the very same Rob Baker who does the popular London history website nickelinthemachine.com 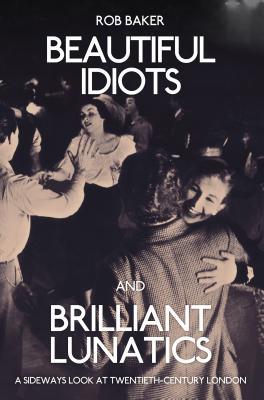 Entertaining and engagingly written, Beautiful Idiots and Brilliant Lunatics explores fascinating stories from London in the twentieth century. From the return to South London of local hero Charlie Chaplin to the protests that blighted the Miss World competition in 1970, the book covers the events and personalities that reflect the glamorous, scandalous, political and subversive place that London was and is today. Learn about, among many other captivating tales, exactly where and how the spies Guy Burgess and Donald Maclean spent their last ever day in London, the grisly murder of Stan the Spiv and the unlikely death of a defrocked girl-crazed priest. A cast of suffragettes, fascists, ‘nancy-boys’, showgirls, prostitutes, terrorists, Nippies and beauty queens features in stories containing a myriad of unexpected tangents and untold facts that cover the width and breadth of the world’s greatest city.

I've recently started reading it and it's a winner and, if you love reading about London and its denizens by an informed and entertaining storyteller, then you will love it too.

I love Another Nickel in the Machine, for a long time my go to web pages for intelligent time wasting but does the book elaborate on the stories or is it just the website in book form?

Mod
It's the website in book form - I think all the chapters have appeared as articles on the website. I've not read everything on the website so it works for me but perhaps not for you. That said, it's a good way to support the website if you have the money and you want to reread some of the articles.

Mod
The cover is from the 100 Club on Oxford Street in 1949. The happy people are dancing to Humphrey Lyttelton and the photographer was Charles Hewitt....

I strongly recommend this book. Especially if one is a fan of Patrick Hamilton and his world. London 20th century history is simply amazing.


By the by Tosh, you were quoted in a book I read recently, Sympathy for the Devil: The Birth of the Rolling Stones and the Death of Brian Jones, about your memories of Mr B Jones Esq. Great stuff. Bravo Sir.

I've recently started reading it and it's a winner and, if you love reading about London and its denizens by an informed and entertaining storyteller, then you will love it too.

If, like me, you are a sucker for social history, insightful and revealing trivia, and tales of 20th century London life, then you will also find much to interest, amuse, intrigue and delight in Beautiful Idiots and Brilliant Lunatics.

Sympathy for the Devil: The Birth of the Rolling Stones and the Death of Brian Jones (other topics)
Beautiful Idiots and Brilliant Lunatics: A Sideways Look at Twentieth-Century London (other topics)