I saw there was a question asked in this group a few years ago about the books mentioned in Jane Austen's novels outside of Mysteries of Udolpho.

The seven horrid novels mentioned in Northanger Abbey are The Castle of Wolfenbach, Clermont, Mysterious Warnings, Necromancer of the Black Forest, Midnight Bell, Orphan of the Rhine, and Horrid Mysteries.

Valancourt Books has the first five of these titles in print and they each include scholarly introductions. We are currently working on The Orphan of the Rhine and it will be out later this year. Horrid Mysteries has been years in the making and we hope to have that complete next year.

We just put up a page on our site dedicated to the Northanger Abbey 'Horrid Novels' with more information if you're interested in these titles. I saw a few of you had mentioned in this group that you were reading them so I thought I'd share with the whole group. Jane Austen had good taste. :)

Hey folks, I just wanted to let you know about our newest release in the Jane Austen 'horrid novel' series: The Orphan of the Rhine.

The next (and last!) is Horrid Mysteries which we hope to have out next year.

The Orphan of the Rhine (1798) by Eleanor Sleath

Until Michael Sadleir finally tracked down copies of all of them in the 1920s, many people assumed the seven 'horrid novels' mentioned in Jane Austen's Northanger Abbey (1818) were her invention. The rarest of the seven, with only two copies known to exist worldwide, is Eleanor Sleath's The Orphan of the Rhine (1798), now available in a handsome 440 page paperback volume with a new introduction by Dr. Ellen Moody. Though it shows the influence of Ann Radcliffe's The Mysteries of Udolpho and Regina Maria Roche's The Children of the Abbey , it has a charm and fascination all its own. 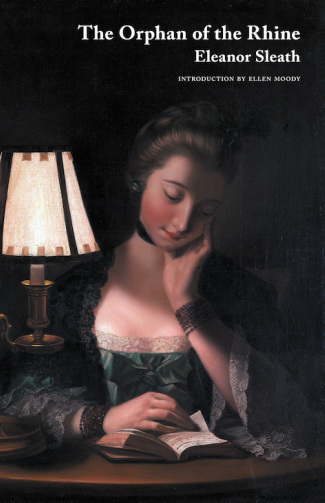 Seduced and betrayed by a rake, Julie de Rubine lives in seclusion with her infant son, Enrîco. One day, their calm retirement is interrupted by the Marchese de Montferrat, who promises to provide for Julie and her son if she agrees to care for an unfortunate orphan, Laurette, whose origin is shrouded in mystery. Under the assumed name of Madame Chamont, Julie raises the two children, whose youthful friendship eventually blossoms into love.

As Laurette matures, she resolves to learn the identity of her real parents. Her only clues are a painted miniature of a beautiful lady and the whisperings of a sinister monk, who warns her to avoid the Marchese de Montferrat. But when Julie is kidnapped by banditti and Laurette is taken to the gloomy castle of the lascivious Marchese, will she be able to uncover the truth and marry her beloved Enrîco, or will she fall victim to the lustful Montferrat?

Delightful to have them readily available again!

OMG! I'm laughing and am also so excited to get the opportunity to actually read what Catherine read! LOL!

You're in for a treat, Monique. All seven books are very different from each other so you won't get bored!

What a wonderful discovery!

Excellent. I love the idea of reading all of the horrid novels. I've read Mysteries of Udolpho - found it a little slow to get into but enjoyed it in the end.

The Orphan of the Rhine (other topics)