Welcome to the Guardian. Metaphysical Fantasy at its very best!


"Things go badly wrong for a historian when he stumbles into a magical conspiracy and uncovers a secret that threatens not just his life, but the future of humanity.” 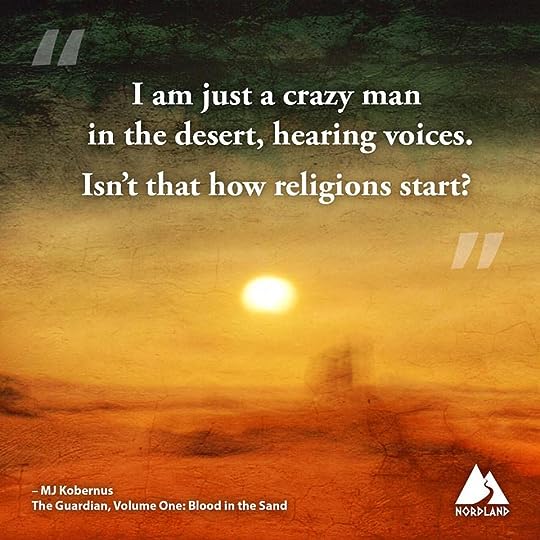 Who am I?
Hi! My name is MJ Kobernus, and I write Metaphysical Fantasy. You can think of it as Urban Fantasy, or perhaps as Supernatural Fantasy. But I like the term, Metaphysical. Just speak the word, try it out. It rolls off the tongue like butter (and then vanishes into the ether, or the spirit realm, who knows.)

The Guardian Series
I am currently writing a series of four novels about a historian, and the mysterious 'Guardian.' The first book, Blood in the Sand, was published in late 2015. The second installment is due out soon. Below, you will find a link to a very cool trailer for the book, but first, here is a little more about the story.

Blood in the Sand
What happens when the world of academia intersects with the occult? The most powerful witch in England is hell bent on becoming a god, and Philip Entwhistle has made the worst decision of his scholastic career: he plans to stop her. He has no idea what he is up against, and soon discovers he might lose more than just a promotion. A tale of love, revenge and magic propels Philip from his hum-drum life to the Sahara as he unearths a mystery that lay hidden for a century. For Philip Entwhistle, academia has never been so cutthroat. 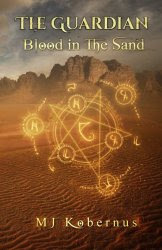 Check out the book trailer for Blood in the Sand.

The book starts with a bang. Want to listen to the
prologue read by none other than Soliloquy man?

Blood in the Snow
In the second installment of the Guardian, Philip travels to Norway in order to try to save the life of his girlfriend's father. He discovers a grave threat, one that will potentially prove to be the destruction of two races. Evading police, and other agents of an ancient evil, Philip is forced to battle his enemy alone on the ice fields of Jotunheim. 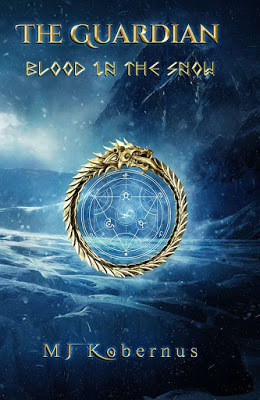 I have been asked many times about the underlying metaphysics of magic. For me, the key to understanding the basic principles is this: since all matter is comprised solely of energy, yet appears to us to have an entirely physical form, then it is reasonable that energy can be manipulated, and become matter.

This is the simplest way of explaining the Metaphysics of Magic. 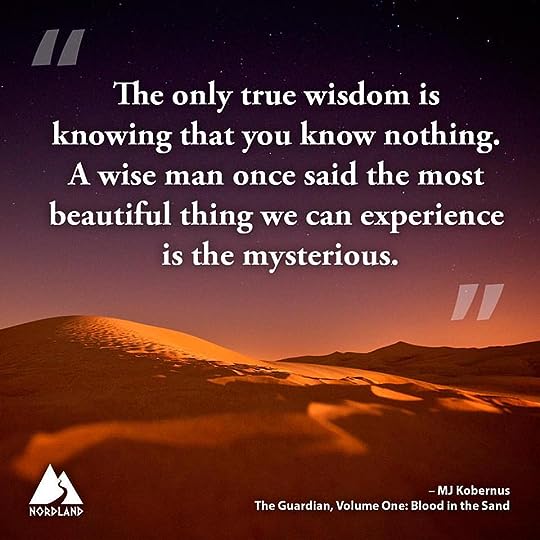 So, you might ask, just how do you actually do it? What is the trick?

That, I am afraid to say, is something you will discover only when you read the books.

Metaphysical Geometry is a complex field of study, and my research has uncovered many of its underlying principles. How it is actually done will take a great many years of study and practice.

For those that would like to download an e-book, I have put out a short story just for the occasion.

Salvage
After the fall, the diaspora began. Great Arcs carrying the best of Humanity began the long trek towards new homes in the heavens; distant stars with the potential for hosting life. The Arcs, giant biospheres, were the last hope of Mankind.
Centuries later, two of the Arcs arrived at the Palsenz system, only to discover a third of the great spheres already there. Long believed to have been destroyed, it has been waiting for them, derelict. A ghost ship.

The crew of the shuttle Heimdall are tasked to deliver a group of engineers and technicians to the derelict, the Argoss. Stephanie Chu, co-pilot on the shuttle ensures the salvage team gain access. Everything is by the book, no mistakes are made.

The Salvage team boards, and quickly confirm that the crew of the Argoss died centuries before. But something else is still alive on the ship. Something that looks upon Humanity with hatred and malice. What should have been a simple operation to evaluate the condition of the ship soon becomes a deadly cat and mouse game as the salvage team desperately attempt to reach the shuttle and escape the ship of death.

Hi M.J.
sorry this took a minute to get to you...I took a deadend on my email route!
Hi M. J. My bad! I forgot to get you the link to my booth. It's at
Brain to Books Cyber Convention 2016 (FAIRGROUNDS) - THE FAIR GROUNDS: Memoir and Karma, Reincarnation, Visualization Meditation and Neuroscience, (showing 1-13 of 13)


Brain to Books Cyber Convention 2016 (FAIRGROUNDS) - THE FAIR GROUNDS: Memoir and K...
13 discussion posts. Charlene said: Hello and thank you for stopping by! I'm really excited you're here! If you'd like to start with questions, connect ...
View on www.goodreads.com
Preview by Yahoo

You can go there and scroll through for your name, get the podcast link and put it up on your booth. Then you can send the link to your booth to me and
I'll post it in the same place as your podcast...hope that helps and thanks for the reminder!
Yes, you have sent me your book and although I've only peeked at it, I love the idea of an academic meeting a witch! Fabulous!
So I look forward to reading the whole story...
I enjoyed our contact M.J.
wishing you the best! Cheers!
Charlene

Hi M. J. Just want you to know your podcast is live now at
www.soulsciences.net where you can hear yourself and many other B2BCyberCon authors Talking It Up!


Awesome stuff. I look forward to checking out some of your other victims! ;)

Very good...but let no one in on the secret vampire nature over here!

Charlene wrote: "Very good...but let no one in on the secret vampire nature over here!"

The secret is safe with me!

Hi Mike, just wanted to let you know I really enjoyed Blood in the Sand, looking forward to the next one!

Kelly wrote: "Hi Mike, just wanted to let you know I really enjoyed Blood in the Sand, looking forward to the next one!"

Much obliged. June release for Blood in the Snow...