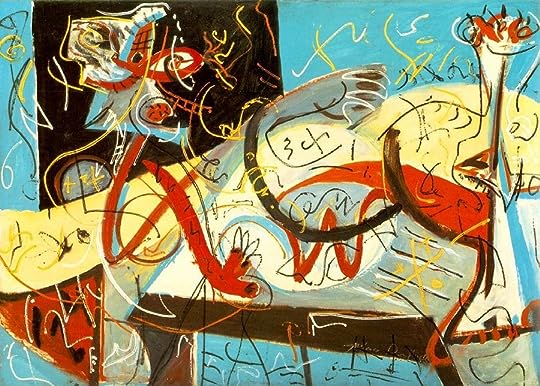 "In Jackson Pollock's Stenographic Figure, with its curious reminiscences of both Matisse and Miro, we have a real discovery." Robert Coates art critic
"Coates was right on the mark in looking for the genesis of Stenographic Figure in advanced European art; however, its composition more closely resembled an amalgam of Picasso and Joan Miro, rather than Joan Miro and Henri Matisse, although some subtle echoes of the latter may be recognized - perhaps in the change in his general color scheme away from the turgid browns and reds, or too-bright yellows and oranges that had predominated in his palette for the past seven or eight years." more...http://www.jackson-pollock.org/stenog...

Disagree wholeheartedly with you Poly. You try to do this.

I actually agree with Poly on most of Pollock's paintings, but this one I actually can appreciate. I think it demonstrates a bit of talent, even if illusory. I like it. 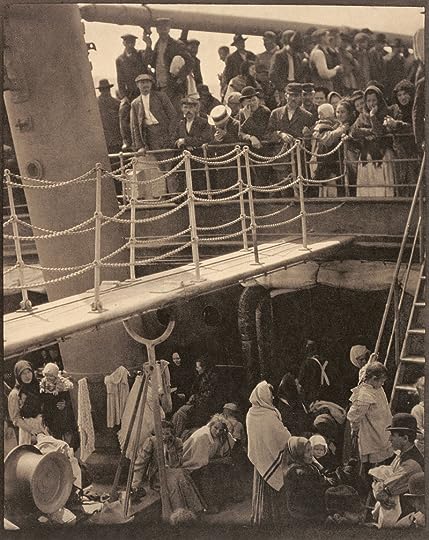 Not sure whether I agree on this or not. I know there was a Pollock I saw in Princeton that took up a large wall that was really interesting (It's been years now so I can't remember what one). It caught my attention, but the image itself is what kept me looking.

Heather wrote: "I actually agree with Poly on most of Pollock's paintings, but this one I actually can appreciate. I think it demonstrates a bit of talent, even if illusory. I like it."

Pollock's drip paintings were a waste of his talent. He floated with the spear head of the AE movement and let his worth as an artist languish, to the gain of his reputation. I've seen his work done in the 40's that was heavily influenced by Arshile Gorky and that movement and his work was stupendous. What a shame that artists have to abase themselves to create such crap to achieve recognition and security.

As for The Steerage, what better way to depict the dialectal configuration of wealth in society than this photo.

Geoffrey wrote: "As for The Steerage, what better way to depict the dialectal configuration of wealth in society than this photo."

Geoffrey wrote: "As for The Steerage, what better way to depict the dialectal configuration of wealth in society than this photo."

Makes me think of the titanic 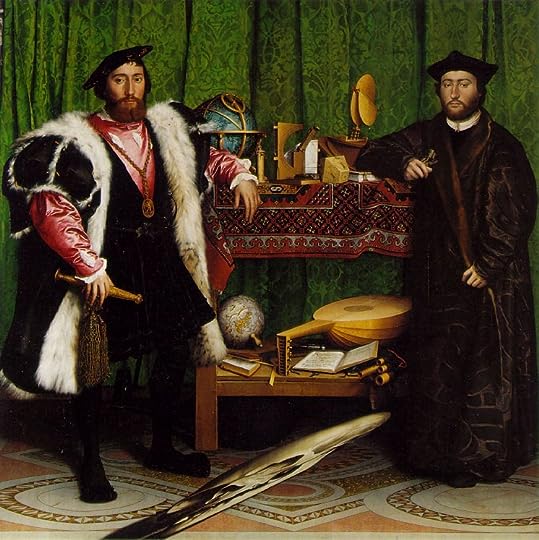 "The most notable and famous of Holbein's symbols in the work, however, is the distorted skull which is placed in the bottom center of the composition. The skull, rendered in anamorphic perspective, another invention of the Early Renaissance, is meant to be a visual puzzle as the viewer must approach the painting nearly from high on the right side, or low on the left side, to see the form as an accurate rendering of a human skull. While the skull is evidently intended as a vanitas or memento mori, it is unclear why Holbein gave it such prominence in this painting. One possibility is that this painting represents three levels: the heavens (as portrayed by the astrolabe and other objects on the upper shelf), the living world (as evidenced by books and a musical instrument on the lower shelf), and death (signified by the skull). It has also been hypothesized that the painting is meant to hang in a stairwell, so that persons walking up the stairs and passing the painting on their left would be startled by the appearance of the skull. A further possibility is that Holbein simply wished to show off his ability with the technique in order to secure future commissions. Artists often incorporated skulls as a reminder of mortality, or at the very least, death. Holbein may have intended the skulls (one as a gray slash and the other as a medallion on Jean de Dinteville's hat) and the crucifix in the upper left corner to encourage contemplation of one's impending death and the resurrection"
https://en.wikipedia.org/wiki/The_Amb...

Since I missed yesterday: 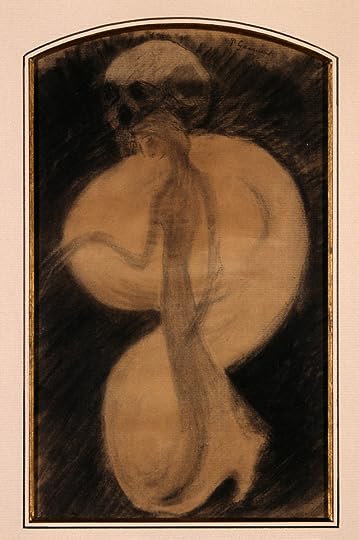 Heather wrote: "Since I missed yesterday:

I have never seen this one before and I really love it. 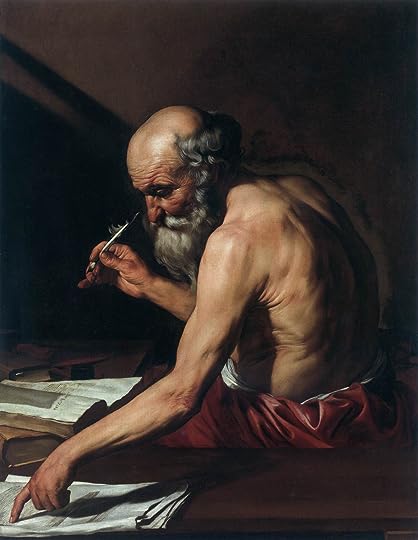 I never heard of Jusepe de Ribera but goodness, he could paint. I love the work of Alphonse Mucha although I think he is considered an illustrator rather than an artist. But you know what? I much prefer looking at his posters and illustrations than most things being done now that command great prices. 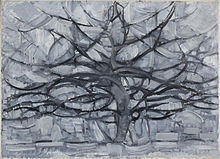 Good job, Dvora. I wouldn't have gotten that one. I'm only familiar with his later work. So here is today's picture, also Mondrian. 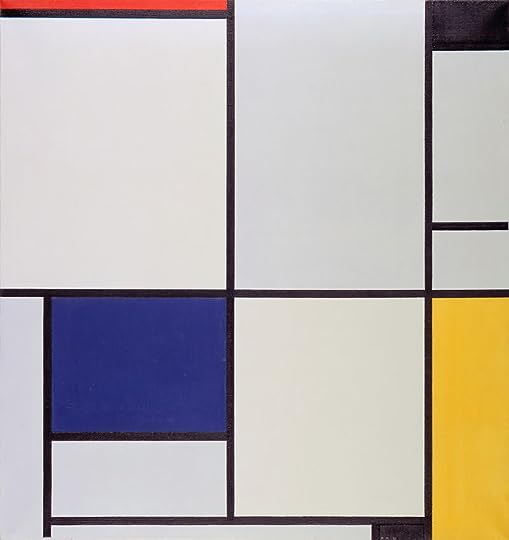 oh man! I'm not as good at keeping up as Lobstergirl was. Miss her. Here is one for March 8 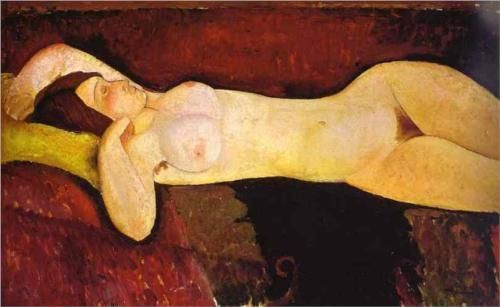 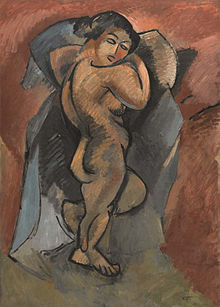 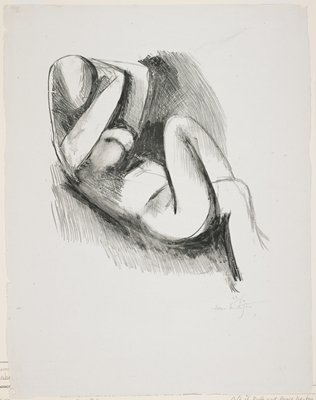 Of the above three, which do you prefer?

The Modligiani the best, but I don't really like any of the three. 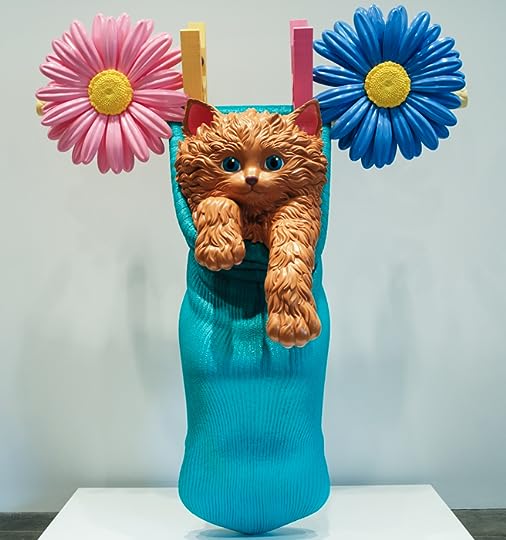 The Selling of Jeff Koons
He made banality blue chip, pornography avant-garde, and tchotchkes into trophy art. How Jeff Koons, with the support of a small circle of dealers and collectors, masterminded his fame and fortune.

The Selling of Jeff Koons
He made banality blue chip, pornography avant-garde, and tchotchkes into trophy art. How Jeff Koons, with the support of a small..."

I dislike this. I dislike Koons. He's been savvy enough to have built a financial support network for which he produces luxury consumer objects. Everyone in the network profits now from the inflated prices of those objects. Bravo.

The Selling of Jeff Koons
He made banality blue chip, pornography avant-garde, and tchotchkes into trophy art. How Jeff Koons, with the support of a small..."

D, you are 100% right...As the great dealer Ivan Karp said, "To get a rep, you must have critics, curators and collectors on your side." Koons has ignorants, down the line. Those supporting Koons are corrupt -- probably, most should be in jail.

Ivan Karp shaped the Castelli "stable" in mid-60s. Castelli was a well-dressed dope w US propaganda connectos. Am I clear?

There's a link to Artnews. Publisher there was only about art that had big bucks. He too was part of "propaganda."

Hooray for Jeff Koons. He has demonstrated that anyone without real talent can become a famous artist. Many one-handed clappings to him.

"Although Matisse is known above all as a painter, sculpture was also important to him, and he was particularly inspired by Auguste Rodin, whom he visited in his studio in 1900. The Back I is the first of a series of four large relief sculptures that Matisse worked on between 1909 and 1931, all of which are significantly innovative. Conventionally, the background of a relief sculpture is regarded as a virtual plane, a kind of imaginary space that the viewer fills in his own notions. But in The Back series, Matisse suggested that the backdrop was fashioned from the same heavy material as the figure itself. Throughout the series, the figure is progressively simplified and further identified with the background. The motif was possibly first inspired by a figure in a painting by Cézanne that Matisse owned."

I had no idea!

Given Stella's creation of numerous, at times large-scale, paintings with protruding three-dimensional elements, the production of freestanding sc..."


Interesting, I'm sorry but it looks like a plane wreck.

Given our current read, I would say that Stella was directly influenced by Vladamir Tatlin (one of those pesky Russians who brought us suprematism or constructivism, or whatever). Do I sound knowledgeable? I'm not. Just learning the names of the movements of art I don't like!
Heather wrote: "Luís wrote: "Completion Date: 1998-2001
Artist: Frank Stella

Given Stella's creation of numerous, at times large-scale, paintings with protruding three-dimensional elements, the production of fr..." 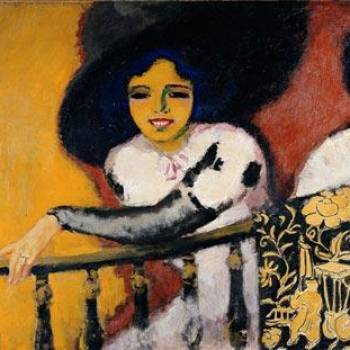 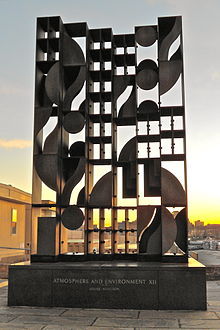 "...exploried the streets for inspiration and finding it in wood. Nevelson's most notable sculptures are her walls; wooden, wall-like collage driven reliefs consisting of multiple boxes and compartments that hold abstract shapes and found objects from chair legs to balusters. Nevelson described these immersive sculptures as "environments". The wooden pieces were also cast-off scraps, pieces found in the streets of New York. Nevelson took found objects and by spray painting them she disguised them of their actual use or meaning. Nevelson called herself "the original recycler" owing to her extensive use of discarded objects, and credited Pablo Picasso for "giving us the cube" that served as the groundwork for her cubist-style sculpture. She found strong influence in Picasso and Hofmann's cubist ideals, describing the Cubist movement as "one of the greatest awarenesses that the human mind has ever come to." She also found influence in Native American and Mayan art, dreams, the cosmos and archetypes. https://en.wikipedia.org/wiki/Louise_... 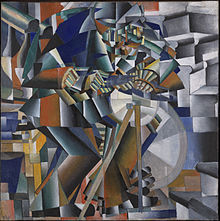 The Russian Futurist painters adopted the forms of Cubism and combined them with the Italian Futurists' representation of movement. Kazimir Malevich developed the style, which can be seen in his The Knife Grinder (signed 1912, painted 1913), though he later abandoned it for Suprematism. https://en.wikipedia.org/wiki/Cubo-Fu... 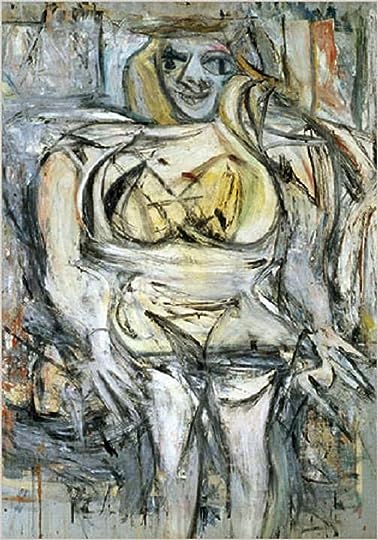 "In this Oil on canvas painting, contrary to normal belief, Kooning took a great care for his painting, instead of just waving his brush on canvas lazily. Allegedly, he was more about creating a chaotic effect than imitating the real world, in the same manner as it appears." http://artpaintingartist.org/woman-ii... 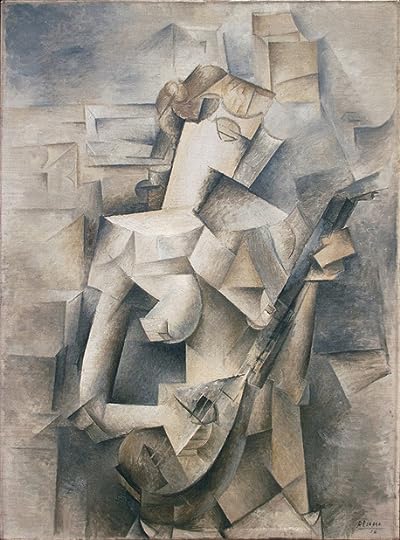 Girl with a Mandolin
Pablo Picasso
1910 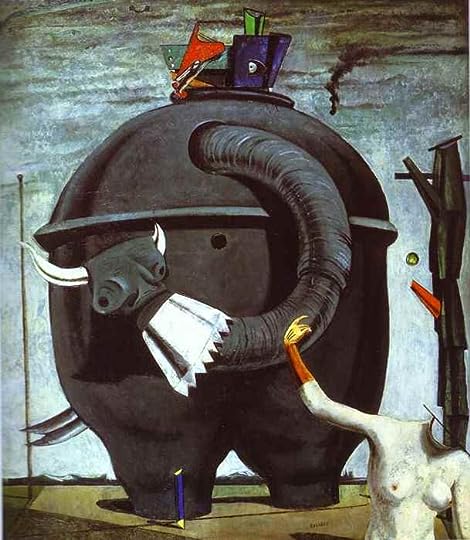 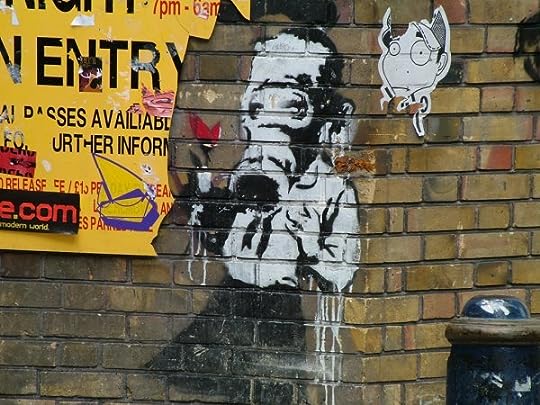 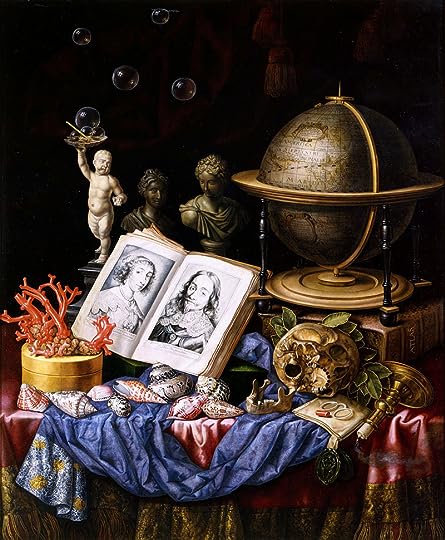 Allegory of Charles I of England and Henrietta of France
Carstian Luyckx,
Vanitas 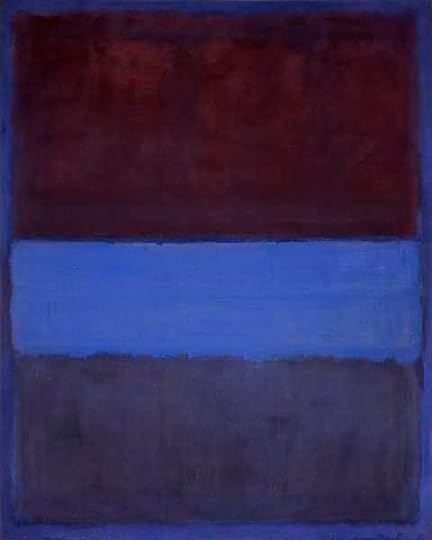 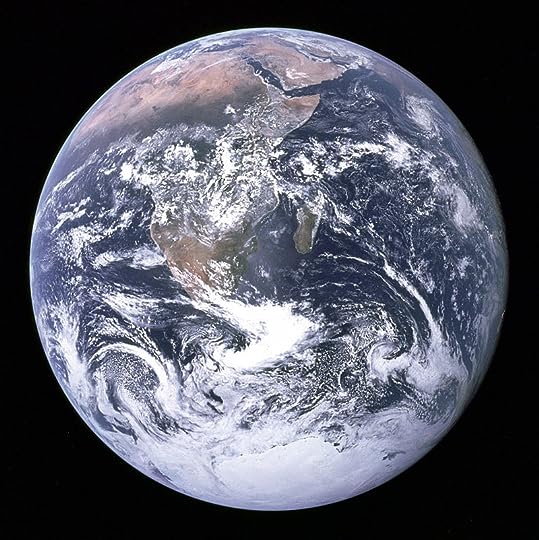 
The first oil painting Turner exhibited at the Royal Academy, this is a moonlit scene i..." 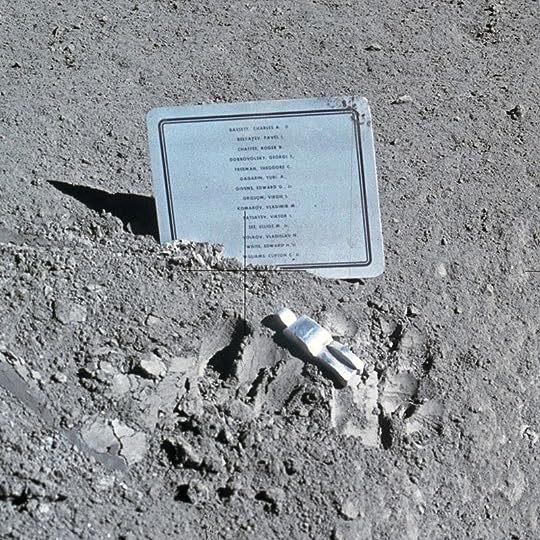 Small art objects have been carried on several Apollo missions, such as gold emblems and a small Fallen Astronaut figurine that was left on the Moon during the Apollo 15 mission.
https://en.wikipedia.org/wiki/Space_art

Wow, that's the darkest Turner I've ever seen. (recommend movie "Turner" if you've not seen it yet; quite interesting, I thought)


The first oil painting Turner exhibited at the Royal Academy, this is a moonlit scene i..." 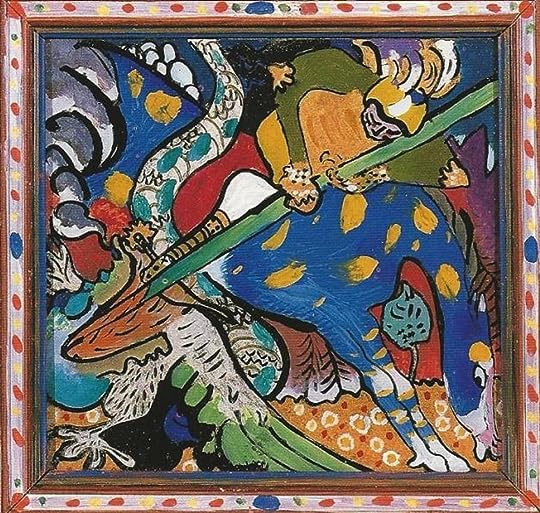 Ooooh, magnificent. Never seen this Kandinsky. On a sidenote, the cover of my edition of Nikolai Leskov stories has Kandinsky's "Landscape with Rider on Bridge," which, if I knew how to post pics here, I would show youse all. Anyway, love K's colors.

I like the Kandinsky. Saint George really gets around. He's the patron saint of Catalonia (where I live), England, and heaps of other places.
Heather wrote: "Saint George vs Dragon
wassilykandinsky
1911"