101 Books to Read Before You Die discussion

Mod
So I'll admit: I had no idea that this was a book and even less that it's the first of a series! I love the film though and I can't wait to see how they compare. I hear they are quite different.

Just let me know when you folks get to this part: 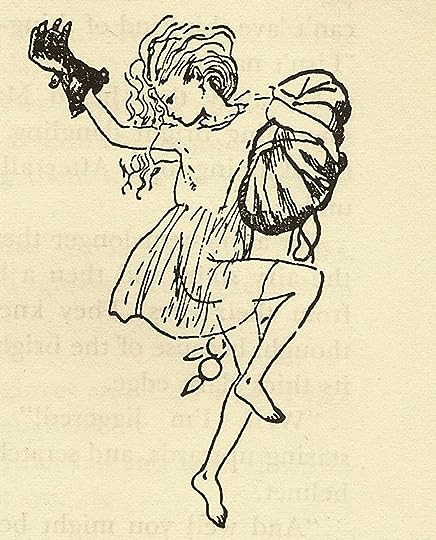 I finished it 2 days back. Easy read and what an imagination!! I loved the way Author thought of the magical journey but hated the way he used the words. The narration was too dry and too un-magical.

She. P.L. Travers was a woman.

This is a quaint little read … it's kind of funny reading it after growing up watching the movie. I can't really imagine any modern day kids enjoying this book; it's too old-fashioned in its style.

Mod
I'm a little over halfway through it. I'm trying to imagine what my impression would be of it had I not seen the film first. I keep singing the songs in my head.... "Feed the birds, tuppence a bag!" although since I'm listening to an audio version, it helps, since the voices are done in a totally different way.

I feel like M. Poppins is much more likable in the movie. The book shows bits and sides of her that are very playful and fun, but she comes across as rather mean, in places.

And I haven't seen anything about the mother's "votes for women!" campaign, but I don't know if that was made up for the movie to make her more interesting, if I just haven't gotten to that part yet, or if it's in one of the later books in the series.

Mod
I just watched Saving Mr. Banks last night, which was a sweet movie, although from what I understand, the ending is inaccurate. Did anyone else see it?

I LOVED that movie Alana. Saw it with my parents and really enjoyed the movie.

Mod
I teared up at the end, I won't lie!

Mod
Funnily enough, I never cared for Mary Poppins the film when I was a kid. I saw it for maybe the third time as a young adult in college, and that was the first time I really started to appreciate it. Maybe it just felt too dark to me as a child?

I never liked Pinocchio either, but that's because the donkeys and whale freaked me out...

haha I loved Mary Poppins as a kid- mostly due to my love of Julie Andrews and Dick Van Dyke. Pinocchio was quite scary, but I enjoyed it too.

101 Books to Read Before You Die