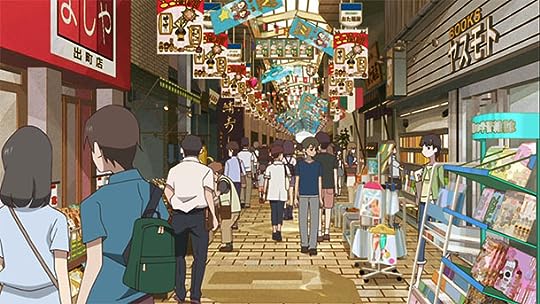 Mod
A tall man in a white outfit with a white cape and black shoes waits near a wall, quietly glancing around at all the people as if waiting for someone. Judging by his blonde hair and bright blue eyes, it was obvious this boy was none other then Mikaela, not only a Vampire Prince but also leader of the Peacekeepers. Mikaela, or Mika for short, sighs as he continues to wait. He wasn't really into the idea of slaves, but his father told him he had to buy one, so Mika put some thought into it and chose out a special one. Though, he was starting to regret it, they were already almost an hour late.

Nako held his baby brother as close to his chest as he watched the blood sucking prince from the line slaves waiting to be sold and tried not to stare dagger at him. Yes he hated vampires, even sense one tried to drink his little brother dry. Worse still this sucker was one of the god wanna bees responsible for all the suffering that took place. Still he'd come to the higher plate disguised mAs a messenger slave to gain info, and if he could learn where the blood suckers kept their victims then it would all be worth it.

Mod
Mika glances up lightly, eyeing the slave. That must be him, the one he saw online. Yeah, he really hated the idea of slaves. He sighs, waiting for the auctioning or whatever to start.

Nako adverted his gaze from that of the prince as he's called up for auctioning, the one part that he just couldn't stand, but he had to for the sake of his mission. So he stood there as the slave master introduced him as a young messager boy, reliable, quick on his feet and and overall a good catch. That was all fine and dandy, but when the dealer introduced his little brother as part of his package deal that he visibly tensed with anger and clouched his read headed brother ever closer to his chest to the point that he was almost suffocating him. As the master called the younger pixie a cute kid, not good for hard labor, but a good source of young blood for vampires or for some of one's dirtier pleasures. The nerve of that troll's son, if anyone even the prince had dared to harm his little brother, he would make sure that they died a slow and painful death,

Mod
Mika sighs, calling over the crowd,"Let me make this simple and easy, ill give you 10 thousand bucks." The whole crowd was silent and stared at Mika. They all knew not to talk or call out another offer. If Mika wanted someone here, he'd get them.

Nako visibly cringed as no other bids came and he was sold to the prince for ten thousand dollars. In a way, he should've been grateful, he was now closer to the action than he could've ever dreamed of, but at the same time he knew that these sucker had a taste for young blood. So he held his brother close as he was passed over to the prince and shot him a glare that basically translated into, "if you so much as even think about biting my brother I'll rip your head off faster than you can say Dracula."

Mod
Mika, being a few inches shorter then Nako, glares at him calmly,"Knock it off with the glare, im doing you and your brother a favor." He turns,"Come, ill show you to my house. Oh, and if you try to run.." He glares back coldly,"Ill kill you and your brother on the spot.."

"Sure whatever helps you to sleep at night, filthy blood drinker," the pixie thought to himself, but he was smart enough to keep his mouth shut, as he did know that the fanged prince was perfectly capable of following through on that threat, so he followed the prince in silence not knowing what fate awaited them when they reached the bat cave.

Kotone had once again found herself at this market, she usually avoided places lile these due to their association with the slave trade but of wondered these parts to see if anyone needed a little hand in escaping. This particular outing however was not aimed at freeing a young lower plate member but instead trying to find some sugar to buy, she'd gone to put some in her coffee earlier and found the jar empty. She wandered around the stalls aimlessly, occasionally letting her eyes wander onto the slavery market

Mod
A male walks threw the matket with bright white hair, one blue eye and one gold eye and soft, pure skin. It was obvious from his bright white fox ears and 7 bright white fox tails that he was one of the few existing male Kitsune's. He wore a white silk kimono with cherry blossoms on it. Most males usually wore less flowery patterns, but due to most Kitsune's being female, it was understandable that he'd wear something like this.

Kotone noticed the fancy gentlemen that had entered the market and started to wonder what he was here for, whether it was a slave or something more innocent. From the way the Kitsune held himself it was clear he was from a very noble family, she frowned slightly when she came to the realisation he was probably here for a new slave having killed the other or something barbaric. In the current stall she was at she managed to locate some sugar and promptly purchased it before anyone else could claim it as there own, Kotone was known to be quite possessive over her sugar. She continued to watch the Kitsune fascinated by the way he walked like he owned the place, to her knowledge he may have.

Mod
The kitsune, Soushi, payed to mind to the slave trades, heading into a store in look for some tea. If SOMEONE at home hadnt of dumped the rest out, he wouldnt be here. Though, he wasnt angry. He found that sudden outburst by that special someone to be oddly adorable. Though he probably was too shy to admit it outloud. As a homeless child passes by, Soushi smiles gently and hands them some money before watching them run off. He stops, his fox ears perking up before he gazes around, his gaze falling on the girl who was staring at him.

Kotone's gaze quickly shifted from the stranger onto the homeless child he had just helped, 'huh, maybe he isn't a complete ass clown,' she muttered to herself. She clutched her sugar close to her chest incase the kitsune had any funky idea's about stealing her treasure, she glared at him slightly in an attempt to make herself look threating.

Mod
Soushi blinks, tilting his head. He had seen worse, to be honest, so he had no reason to fear her. Though, it was obvious she wanted to be alone, so he didnt plan on approaching her. He heads down a different isle to look for what he came here for.

Kotone sighed a little in relief releasing her grip slightly on the sugar bag and turning on her heels to find something with a high amount of caffeine in it, be it coffee of tea of something of the sort. She quickly found the correct area for the drink and somehow managed to walk face first into the Kitsune and falling flat on her arse, too distracted by her mission to see him in her way. 'Oh my lord! I am so sorry I didn't mean to walk into you like that!' She got up brushing off her clothes and taking an apologetic glace towards the Kitsune.

Mod
Soushi blinks,"No no, pardon me. My apologize, i should of paid attention to where i was going." He helps her up,"Are you alright?" He was slightly panicking on the inside. He just hoped he didnt somehow hurt her.

'Yeah I'm fine, it was my fault I was just distracted by the caffeine,' she quickly retrieved her bag of sugar and was relieved to find nothing had been spilt, 'I didn't hurt you or anything did I?' She asked nervously looking down at her feet.

'Neither do I, I was just being polite,' she stuck out her tongue at the kitsune and went back to caffeine searching

Mod
Soushi blinks, eyeing her in confusion. He then looks at the cafeine shelf,"Anything in particular you're looking for?"

'Something with alotta energy that goes with alotta sugar, it's an addiction,' she smirked once again clutching her sugar bag, worried the kitsune may steal it

Mod
Soushi blinks, nodding,"Coffee might help." He grabs himself some Peach Tea. It wasnt his favorite, but he wasnt buying it for himself. He grabs a box of coffee on a high shelf and hands it to her,"Here, you might like this."

'Huh, okay then Mr. Kitsune I'll give it a shot,' she flipped over the box to examine its contents

Mod
Soushi smiles brightly,"You can call me Soushi." He watches before walking towards the cashier.

'Kotone.' She responded flying ahead of him to jump the queue, she paid for her coffee and held it with equal closeness to the sugar bag

Mod
Soushi blinks, raising an eyebrow,"You really like your sugar, huh?" He pays for his tea.

'A little bit too much to be healthy,' she grinned, 'but t's mine and you can't have any.'

Mod
Soushi blinks,"I dont want it. Im not a big fan of sugar." He shrugs lightly.

'Goooooood,' she stroked her sugar, 'my precious...'

Mod
Soushi lightly laughs,"Wow, i dont think i've ever met someone who's loved sugar as much as you."

Mod
Soushi blinks, tilting his head,"Kids? Oh.. Right.." Being that Soushi was an only child AND in love with a male, he totally forgot for a moment that kids existed. He shrugs lightly,"What do you usually use sugar for?"

'For putting in drinks or eating out of the bag, or as bribery for the lower classes so the give me information, depends on my mood really,'

Mod
Soushi blinks,"I see. Which class are you?"

'Upper, despite my race being middle class also, I was granted a place in the upper tier,' she smiled sweetly as she felt Angel stir at his questions

Mod
Soushi blinks, smiling softly,"I see, you must be quite lucky then. Who brought you up here?"

'No one actually, there are so few faer folk they dumped me here because they're scared of me,' she giggled childishly

Mod
Soushi blinks,"Scared of you? Why is that?"

'Because I have a multiple personality disorder that causes me to become a dangerous sociopath the second anyone insults my lord and saviour,' she smiled sweetly, 'oh and I weild void magic used to drain the life energy of those around me as I siphon off their remaining breaths and add them to my own. You know, the usual.'

Mod
Soushi blinks, eyeing her. Usually, people weren't as open to talk about that sort of stuff, it was a little weird. Oh well. He smiles,"I see, ill remember to stay on your good side then."

'I think that would be for the best, I'd hate to have to kill off such a high class creature,' the smile didn't leave her face

Mod
Soushi eyes her,"Im sorry, miss, i dont think that would be possible.." He smiles,"But its cute that you try." He turns, walking off.

'I'll might have a go someday,' she giggled as she began to fly off in another direction, 'you never know, I may just win.'