Mod
This is the basic layout of a character sheet and ALL sections must be filled out in order for the character to be approved. This is only the minimum information, however, and additional information may be added.

First Name: Rothus
Last Name: Salazar (Only people who knew him from way back know his first name. He commonly goes by his last name alone)

Personality: He is intense. His dignified, serious demeanor and weighty presence inspire respect. He presents a deep aura of foreboding, legend, mystery. He keeps his distance, but naturally feels the need to save someone in peril. His every action is with purpose- he does not just fling his arm about in random gesticulation, he does not just twitch. He is cool, controlled. He has command over his feelings, his voice, his body language. Selfless, he is bound to do his duty. A slave to other men's needs by choice.

Hair: Thick, black
Eyes: Deep, penetrating, brown
Weight: Average for a fit, muscular male of his height... I don't know what that would be!
Height: 6'2"
Distinguished Markings (If any):

Backstory: Almost legendary, he lives in the forests. No, he presides in the forests. Flickering from tree to tree, from accessibility to the utter incapability of being found, from the orbit of one peoples lives to another, as a shadow, a haze, a whisper. Sometimes he will show up in one village, or another; in a king's library, or a Royal's stable. Everywhere, always, wherever he goes, his presence is felt or undetected as he deems. Whispers on the street precede his coming. One village may know him as the lonely ranger, another as the secret forester. All try to comprehend what to them is his incomprehensible presence.

Weakness: His legendary status and lonely life somewhat bar him from the comfort of simple, compassionate human connection that most experience each day- a simple chat over a hot bowl of stew, a kind greeting and smile as you pass a friend on the street. He is known- and often needed- by so many, yet he is so alone.
He is so used to being able to save everyone that call upon him for help, he can hardly understand, well, that he cannot save everyone when someone close to his heart is in dire need.


Strengths
He sees everything. His eyes peer into a person's soul. His mind makes connections from one thing to another, and he sees the way all the pieces of the puzzle fit together to reflect the bigger picture.
Literate in many languages. Quick, cunning, agile, adroit, dexterous, etc, etc.
Skilled in combat, knowledgeable on many subjects.

Family: None at the moment. If it makes sense later, I'll add some.

Other: He may not be nice, but he is good.

Personality: Steven is a strong-minded person. He cares greatly for the wellfare of others and does his best to ensure that everyone is safe from the war that is currently raging. He will do anything he can to protect those he loves and will stop at nothing to ensure their saftey and good health. Steven has a good heart and never neglects anyone who needs help, regardless of race, so long as they don't have any intention to harm anyone of any race.
Steven is a good leader and knows how to avoid conflict whenever possible. He is a great strategist, but he prefers not to have to fight if possible.
Steven tends to distant himself from others, so-as to make sure that he doesn't let his emotions get in the way of his purpose, but can easily make friends and can carry on conversations just as well. He is a quiet person, but does not hesitate to respond if someone speaks to him or try to avoid people to avoid conversations, altogether.
Steven is young, but very wise. His wisdom makes his leadership abilities equal to that of a General more than double his age. He is also capable of understanding others' problems and giving advice to aid them in their problems. 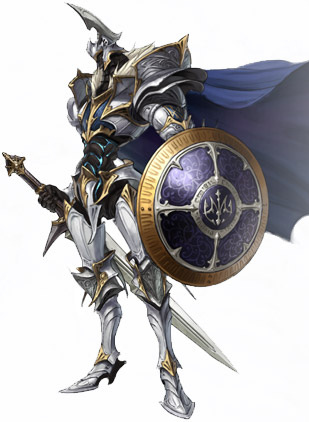 Backstory: Steven was born as an orphan. He was taken into a family of nobility and raised to become a Knight. Trained by the best of fighters, he became one of the best fighters in his family. However, while he was out gathering herbs for his studies in alchemy, a group of rebel soldiers assaulted his house and slew his family. Returning to his destroyed home and slaughtered family, Steven ran away in a sort of denial. After spending a week in the forests near his home, he brought himself to accept the terms of his family's death and made an oath to never allow such a thing to happen to anyone he loved ever again, so long as he had the strength to protect them. Ever since, he has devoted his life to protecting everyone who needs protection from the forces that would see them dead. 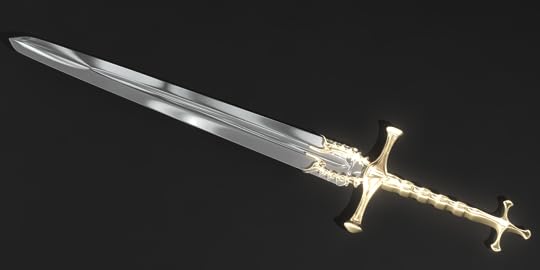 Strengths: Steven is an expert strategist and tactician and a powerful fighter in battle. Experience in combat in attempt to protect others has allowed him to study and master many forms of fighting. His strong mind and heart allow him to remain focused even in the most chaotic of situations and allows him to keep his priorities straight. His strength and stamina allow him to fight to his last breath to protect those he loves.
Weakness: Steven's refusal to neglect any being in need of aid can cause him to become susceptable to manipulation and betrayal. His devotion to protect others around him causes him to put his own life on the line more than he should, which weakens his body greatly the more combat persists.

Powers: None.
Special Abilities: None.

[Please note that the images used are NOT directly proportional to the information given for appearances. They are used only as similar references or basis references.]