After Dorthy's experience in OZ she pegged it off as just a dream but kept the things that happened in that "dream" written in a dream journal that she kept every time she had dreams.

Several years later she ends up moving up to New York where she falls in love and gets married. She is happy and gifted when she becomes pregnant with a baby girl. The only problem was she died after her daughter Clara was born.

The good thing is that Stewart knew Dorthy's biggest wish was to move back to her childhood home back in Kansas. He takes the baby girl with him and moves to Kansas. Once all was settled he found a viable baby sitter that he fell in love with and married when the child was just five years old.

Clara is now 15 years old and is trying to learn about things in school because by then it's 1959. She has a hard time making friends because everybody in Kansas knows who her mother is. She gets bullied and hates everything in her life constantly wishing that she could talk to her mother. On her 16th birthday her dad gives her something that is really close to her heart. The gift was her mother's dream Jornal and he also got her a little puppy that looked like the photos he's shown her of her mother.

The next day she goes to school she doesn't know that a tornado was coming and ended up swooped up while she was reading her mother's book not to mention her dog was following her too.

The wizard of Oz ends up having a son with the good witch Glenda. They have both died in a fire that he doesn't understand and he takes on being the best ruler that he can be. Through out his life he heard stories about a Dorthy of Kansas. He always wanted to meet her but nothing happens to make her come back.

Basically Clara falls in love with the new Wizard of Oz!

>>I would like to be Clara if that isn't a problem 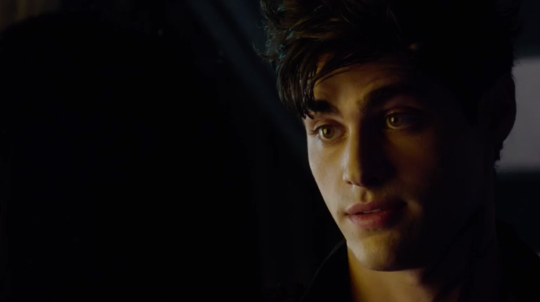 Personality: Quiet and observant, smart and witty, a bit mysterious. Was a prankster as a child, but due to the recent tragedy his smiles have faded into nonexistence.

Only child of the Wizard of Oz and Glenda, Oliver grew up with both magic and smoke & mirrors, and is adept at both... though he isn't as much a people person like his mother.

But following the mysterious and sudden death of both his parents, Oliver has stepped up as the Wizard and now has the entire land of Oz to deal with...


Clara Gail is a very kind and loving girl who is often considered a princess by her father. She tends to closed off because she had a hard time making friends.

Born in Bronx, New York and brought up in Kansas where she was bullied because the other kids thought that she was going to be "Crazy" Just like her mother.

Clara Gail was unwillingly walking to her school knowing that she would get bullied all day because people thought that her mother was crazy. She shook her head thinking about the fact that she was given her mother’s journal for her birthday which was the night before. That is what surprised her because her dad always told her how her Mother kept it and called it one of her most prized possessions.

She opened the journal reading a little bit of it as she walked with her dog Toto who was following her. As she read it she didn’t realize that there was a tornado forming behind her. She just kept walking to school until the wind picked up and the tornado roared with hunger behind her. The tornado sucked Clara and Toto within seconds. Clara was so surprised when she could see everything else that was swirling around near her. The one thing she didn’t realize is that the journal had slipped out of her hands.

She closed her eyes praying that she would alright where ever the tornado would take her.

Oliver heard the storm before he saw it, heard the moaning thunder and the hissing wind. His father had told him stories about the magical storms that were portals between this world and that of his father's, but they hadn't come for years - until now.

He climbed the stairs of the Oz palace tower, his footsteps echoing hollowly around him. Clump. Clump. Clump. The sound of the wind was stronger when he reached the top, and it whipped his dark tailcoat against his legs and sent his already unruly hair into a wild frenzy in his eyes. Brushing it out of his face, Oliver squinted at the dark skies and the funnel cloud descending from them.

Bells tolled in the city; a storm had never landed this close, they usually happened out in the outer stretches of Oz, only whispered stories. Now everyone would know them for truth with so many eye-witnesses around. Oliver knew he should go down and be a strong presence for the people, giving them reassurances and opening the doors of the palace for shelter.

But maybe they didn't die, he thought. Maybe they left in a storm, and now they're coming back.

And then, as if to tell him those thoughts were stupid and utterly false - grasping at non-existent straws - something came twirling out of the sky: a book, pages a-flutter. It flew straight at Oliver and hit him in the face, knocking him out flat and cold.

((Okay so this kinda got away from me, so don't expect my answers to be of this length often OR that you have to match this length, but until they meet I'm going to have to keep Oliver busy on his own. I'm thinking in my next reply he sends out a search party that discover her... or did you want her to just walk up to the palace in the aftermath of the storm that brought her here?))