Name: Yamo
Age: 45
Powers/Abilities: electricity, fire control, shapeshifting, super speed and super strength
Appearance: Blue hair and blue eyes, black shoes, grey pants and shirt, blue jacket
Personality: cold, tactical, manipulative
Birthday(Optional): 28 February
History: had a normal life until someone with powers killed his wife and kids, he became cold and joined an organization who's purpose was to take people with powers and do experiments on them
Relationship: single
Sexuality: straight
Crush: none

Name: Zero
Species: 2% hyena, 98% robot
Good or Bad: bad
Age: 49
Gender: male
Powers/Abilities:
- fire powers
- super speed
- super strength
- regeneration
- Chaos control
- can use chaos as energy
- unlimited energy (Energy not power)
- invisible energy (you can't sense it anymore)
- can create weapons from pieces of his own body
Weapons: sword that's 13.8 feet long
Family: an nephew (Create him if someone wants to), otherwise all killed
Enemies: everyone except for Sun
Sexuality: straight
Relationship status: single
Appearance: 5.2 foot tall robot, black and brown fur like he used to have, grey eyes with black pupils
Personality: sadistic, Always wants more power, hates people who act tough, very revenge driven, has one soft spot
History (2-3 sentences): was kidnapped and enhanced by scientists to become a warrior for GUN. Zero killed them and left there, GUN went after him but Zero killed them with ease and also defeated Shadow who just happened to be there. zero went after the chaos emeralds and eventually found him, but then the good guys supposedly killed him, tiny parts of his body remained and he was reconstructed by Eggman, who enhanced his abilities. after that he got defeated by Specter but revived by Vention and Topaz, he was out for revenge but got defeated by Elric, although F-Zero managed to put a reviving seed into Zero's body, which also made him more hyena, but Elric infected the seed to make Zero slowly become more hyena and less evil, he continued to attack the ones who had defeaten him before, but firstly showed his good side when Mordrio attacked and killed Sun, he tried to defeat Modrio and eventually he was ready to sacrifice himself, which didn't happen, later he saved Cealondia from a few Metarex's, he later attacked Sierra and is sometimes after her

Name: Dark
Age: 34
Powers/Abilities: if he touches someone he can temporally remove one of their powers, can take all the light away in a specific area, super strength, super speed
Appearance: black hair, blood red eyes, black shirt, black pants, black shoes
Personality: cold, sadistic, only cares about killing
Birthday(Optional):
History: as a kid he was abducted by an evil family member who killed his parents and tortured him for years, until he finally used his powers to kill the family member, he then started a killing spree before he was forced to flee because of human armies
Relationship: single
Sexuality: straight
Crush: none

what kind of plan? 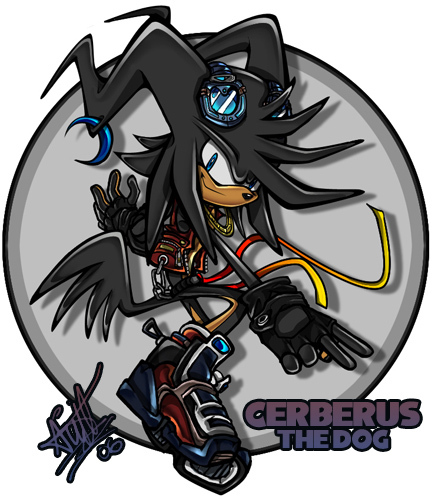