All the fandom characters go here.
Include the following 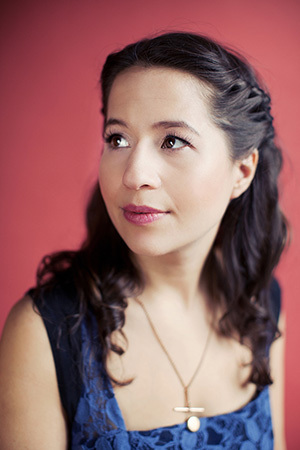 Ⓐ Personality Ⓐ
Alexandrine is a generally introverted around her peers but quite natural speaking to her pupils. She's always felt herself to be a bit younger and naive than the people around her.

Ⓐ Family Ⓐ
Alexandrine has a younger brother and a family dog. Both her parents are still alive and run a farm with her brother outside the city.

Ⓐ History Ⓐ
Alexandrine's family hasn't traditionally been much into magic, simply because they never saw it as much of an option. They don't look down on it, but they keep it out of the picture for the most part. Alexandrine tried it a few times in school, but as it turned out, it became merely a source of humiliation. Thus she discovered another kind of magic, music. Perhaps one of her students will teach her something someday.

Years in Gulid: no guild.