Mod
This is for those who have not chosen a side. 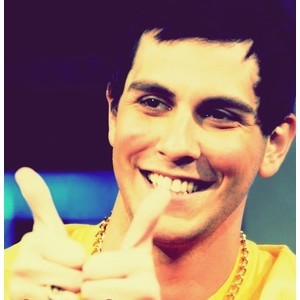 [Hɪsᴛᴏʀʏ] Harper is the youngest of four, counting his twin Lee. His siblings are all named after authors - his older brother Charles and older sister Emily after Charles Dickens and Emily Dickinson. His mother, Helene, loves books almost more than her own children. Almost. Harper’s mother is a college professor (mathematics - one thing Harper did not inherit), and his father... Well. Harper’s father has been dead since he was a year old, but he was also the CEO of a large, well-known company. The family has been doing pretty well for as long as Harper can remember. His best friend when he was little - a girl his own age - moved away in third grade. Harper is the only one of the four of them to attend Jay Faulkner - his mother thought it would be good for him to attend a prestigious school. See, Harper doesn’t have a great track record. He got expelled from three schools - just in the eighth grade. However, Harper chose not to align himself with the “Bad” section when the split occurred, instead staying “on his own side.”

[Pᴇʀsᴏɴᴀʟɪᴛʏ] Put simply, Harper’s a troublemaker. Flirtatious, daring, and a little stupid at times, he does what he wants and screw what everyone else says. He calls himself free. Everyone else calls him insane, or “bound to end up in jail”. He doesn’t care either way, as long as he gets to do whatever he wants. Harper is fun-loving, at least on the surface. Really, Harper just wants to be noticed. His mother was always busy and his older siblings didn’t like him very much, os his only companion growing up was his twin sister. He hates being ignored. However, Harper is smarter than people think: he’s top of his class in history and more “creative” classes, though he’s no good at all in math and science classes.

[Wᴇᴀᴋɴᴇssᴇs]
↬ Avoided because of his reputation
↬ Hates being ignored.
↬ Math