Mod
This is for those on the side of the Male.

~|"I'm going to be me and not what everyone else thinks I should be."|~


Laurean Buhl is known for her very intuitive nature. She is a focused and ambitious girl always ready to do whatever her mind tells her to. She is also brave when it comes to things that would normally scare somebody.When in a relationship with somebody she is very Faithful. On a bad note she can be very secretive and gets jealous pretty easily.

Laurean Jessica Buhl was born in Phoenix, Arizona where she was put into the foster care system because her parents didn't know what to do with her. She ended up moving up and down the west coast of the United States until she was 5 years old when she ended up in Atlanta,Georgia until her foster parents died in a car accident. This really made things hard on her when she had to deal with moving again to another foster home. She was 12 when she got her permanent family in New York City. She was very thankful because from there on out she ended up going to the best school in the state. 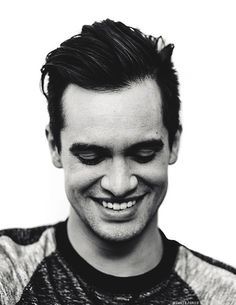 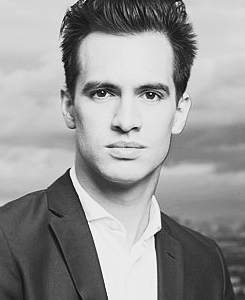 | Personality |
Terrence is a very quiet individual, keeping to himself most of the time. However, most people would say he looks like he is on the brink of anger explosion. When around the students of Jay Faulkner, he says little to nothing, mostly answering questions verys simply. Despite his reputation as being "bad," he is actually very socially elegant and where's nice clothing (suits) ninety percent of the time. However, his mood entirely changes when "She" enters the room. His eyebrows arch downward and he doesn't say a word. He simply stares at her until she leaves.

| History & Other|
Terrence is most known for his violent history. He got expelled from four schools on accounts of threatening and assaulting teachers and students alike. He almost visited Juvenile Detention, but due to his parents monetary wealth, he was released before he even got there. However, throughout all of this, his parents told every Priniciple he had that it "could be worse."

Personality:
Lynn is the most caring person you will ever meet. Lynn may care for people but if you get on her bad side she will show you the worst of her. She is a very shy person and probably never talk to you until you talk to her. Lynn doesn't really let anyone get close her so she doesn't have many or any friends but has always wished to have a best friend of her own. She loves to play sports she plays soccer, she's a figure skater, and she plays lacrosse. Lynn loves to have fun and is very rebellious, she's is always getting into all sorts of trouble. Lynn is a very smart girl who loves to read and write but keeps her smart inner nerd hidden from everyone else because she doesn't want to get made fun of for being smart.

history
Lynn has lived a rough life; her mother died when she was young and she never talks about her to anyone, she just looks at a picture of her mother whenever she feels lonely. Lynn's father was never really around her and whenever she tried to talk to him he always just ignored her. Lynn has never truly felt loved by anyone. Lynn has never had a boyfriend, but whenever she daydreams she imagines what he would look like tall with muscle and amazing eyes.
Lynn is super close with her younger sister Terror, Terror has been the only one who has ever truly listened to Lynn and made her feel as if at least one person is listening to her.
Lynn's life motto is 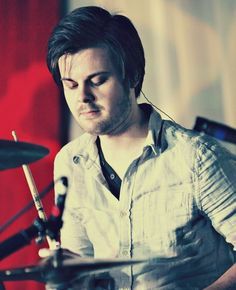 [Hɪsᴛᴏʀʏ] Seth’s home life is nothing interesting - mother, father, little sister who’s still too young to attend Jay Faulkner. Everything’s just fine. If you don’t count the fact that his mother is literally falling apart and his father’s having an affair and his little sister is almost never home because she wants to escape. Seth doesn’t quite know what to do with it all, so he turns to other sources to stay sane. He’s become a member of the “bad” group at school, more through his own self-destructive tendencies than anything he does to anyone else. If he was at any other school, he would have been expelled by now, but he knows as well as anyone else that that is never going to happen at Jay Faulkner. He is close to “Male”, so it was very easy for Seth to choose a side during the side. He is proudly on the side of the “Bad”, and plans to stay there.

[Pᴇʀsᴏɴᴀʟɪᴛʏ] Seth isn’t reckless, unless it’s concerning his own life and well-being. He doesn’t care one bit about himself. Some think it’s a mere attention-grab, but they’re only half right. Seth does want attention, but he also uses his recklessness as a cry for help, though he would never admit it. Seth doesn’t care much for school, either, he’d much rather be doing other things. But that’s the one thing his parents insist on with him: that he complete high school. He tends to do just enough to scrape by. Seth isn’t a prankster, but he enjoys watching others get pranked. He’s a loyal friend, the kind of friend to comfort you when you’re down. He cares more for others than he does himself, though those he cares for are all his own close friends. But while he is “bad”, he has never been one to harm others.

[Sᴛʀᴇɴɢᴛʜs]
↬ Faking it - his one true talent.
↬ Band - he’s on the drum line
↬ Lying - to himself and to anyone else
↬ Nice to those he counts as friends.