Name
Persephone 'Pia' Storm
Age
32
Gender
Female
Species
Human
Personality
Persephone is a sweet woman, a child really in a woman's body. She has a weird sense of who is 'good' and who is 'bad', able to spot the good and bad people with just a glance. Some say it is her gut, others say it is her angel who guides her. She is adorable and talks to everyone, but can get easily distracted. She shows no anger really, she just cries. She never gets violent, nor mean. It is like she has no 'bad' in her, but she does try to help everyone, despite the fact they may give her a bad feeling. She is naive in that way.
Appearance 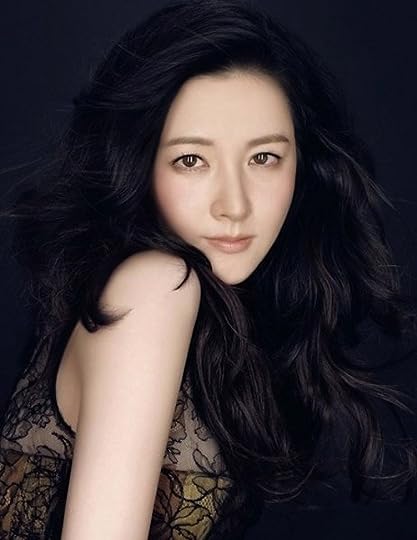 She stands ate 5' 2" with a lithe frame, small and petite but lithe, and raven black hair, sweet innocent wide doe-eyed brown eyes. She has surgical scars on her chest, but otherwise she is unmarked.
Medical Condition
She has a disease that eats away at her hart tissue, very slowly but still it eats. It was discovered when she was 24, and it was discovered that it comes from within her own body after a heart transplant revealed the heart that was perfectly healthy, after a year, showed the same signs. She has lived in the hospital since. And she has an estimated two months left.
Family
Her mother and father both died in a car crash when she was 11, so she lived in the orphanage until she was 18, and then she received the Trust fund that they had left before they even died. She was a millionare, but she donated a lot of that to charities and left just enough to survive her 'average' lifestyle. She had no siblings, but two uncles and aunts.
Sebastian and Grace
Andrew and Beatrice
Other
She loves music and traditional art.

Is it okay if you start?

Persephone was lost. The Hospital nurses let some patients venture out with a chaperone, but she had been destracted by a butterfly and followed it. She appeared to be in a forest. She walked a few feet then twirled around, dancing backwards. Stilling, she heard heavy steps not too far. And growling noises. She smiled, a friend! She traipsed on over towards the noise, skipping lightly. She came upon a large figure. Her eyes lit up, friend! She smiled and called out, skipping towards the figure. "Hello! Would you like to be my friend?"

Persephone blinked, her doe like eyes innocent. She beamed at the growl, her face lighting up, as she clapped her hands. She had taken the noise as an affirmative. She danced around her new found friend, twirling and leaping. She suddenly landed on her ankle wrong, twisting it and landing on his side. Instantly she started whimpering, tears starting to form, eyes on her friend to help somehow, stop this pain she hated pain.