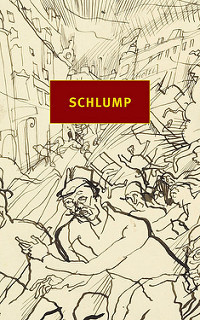 Seventeen-year-old Schlump marches off to war in 1915 because going to war is the best way to meet girls. And so he does, on his first posting, overseeing three villages in occupied France. But then Schlump is sent to the front, and the good times end.

Schlump, which was published anonymously in 1928 and widely translated at the time, was one of the first German novels to describe World War I in all its horror and absurdity and it remains one of the best. What really sets it apart is its remarkable central character. Who is Schlump? A bit of a rascal and a bit of a sweetheart, a victim of his times, an inveterate survivor, maybe even a new type of man. At once comedy, documentary, hellhole, and fairy tale, Schlump is a gripping and disturbing book about the experience of trauma and what the great critic Walter Benjamin, writing at the same time as Hans Herbert Grimm, would call the death of experience, since perhaps if anything goes, nothing counts.

There is a cover in the catalog, but so far I haven't seen one appear online that I can add above. Hopefully soon!

Mod
And the cover is up!

Mod
Because the book was originally published anonymously, NYRB Classics is not going to put the author (or translator) on the cover (not sure about the spine).

Because they put out a draft that is different, I'll update the post above but put the original draft here for the curious. 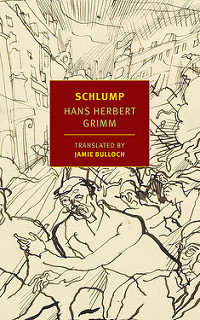 Mod
I've never gotten a finished copy of a NYRB Classics book quite this far in advance, but yesterday it arrived in the mail. I can, therefore, confirm that the spine does have the title and author's name. 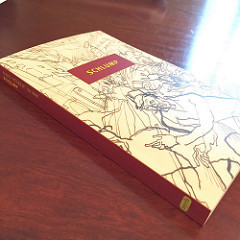