It's been a while since I've so thoroughly enjoyed a period M-M romance set in the flapper/jazz period. This book is as good as the best from Ruth Sims and Tamara Allen - plus I love the cover picture (see below)!

The author gives us two MCs with well rounded characters, deep-seated flaws and fears, who operate, think and react authentically (i.e. believably) within the socio-cultural norms of that period. Oh and there's a couple of very likeable secondary characters as well. I had a great time with this McMurray offering and am very much looking forward to her March release (set in late 1890s). Four and half stars from me. 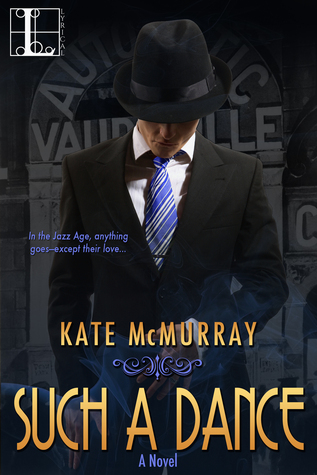 And the foretold March title set in the late 1890s is about to be released in 6 days - yay!Ten Days in August 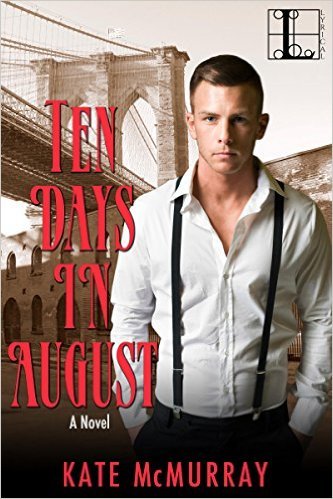 LOVED 'Such a Dance', as you know. Can't wait to read this one!

New York, 1927. The jazz age, which was really fun, unless you were on the wrong side of the law.

Which means: if you were a man who liked men.

Lane Carillo thought he’d found love when he ran away from Illinois five years ago with his fiancée’s brother; but he ended up alone and working for the mob.

Eddie Cotton has a great thing going with his best friend, Marian France. They’re one of the hottest song and dance duos in vaudeville. But Eddie can’t fall in love with Marian, even if he loves her.

Then Eddie finds Lane in a new queer club on Times Square called the Marigold, and everything changes for both of them.

Kate McMurray gives us a 1920s New York that we can believe; she paints a picture of gay life before “gay” was even a term. It’s not a pretty picture, but there are bits of brightness here and there that steer our thoughts to those lucky guys who survived and thrived and built something like happiness in a world that was set against them. As I read this book, scenes from classic 1930s films flickered through my mind, and I could glimpse a world that existed for men like me, its joys and sorrows and dangers all but invisible to those who were not part of it. Lane and Eddie aren’t sure they believe in the power of love; Kate McMurray offers us a plausible narrative that reminds us what love can do.

Ten Days in August (other topics)