I had it as a kid in the 80's, so it was probably from the late 70's or early 80's. Based on the illustrations I don't think it was any older than that. It was about a big sister and a little sister (both are little girls), and may have been split into two sections, one from the perspective of each sister. I remember that there was a part where the older sister was hurt and the little sister takes care of her and brings her rum raisin ice cream. There is also a part about a lost Mickey Mouse ring. One of the sisters, I think the older one, had pigtails and wore a plaid ruffled shirt. The illustrations were sort of muted, not brightly colored. Anyone know what I'm talking about?

You may need to do a search to find the book cover on that link. Check bookfinder.com, abe.com etc for copies. 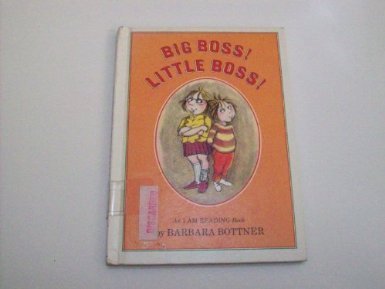 Bookel and Lobstergirl, that's it! Thank you so much! I tried so many different searches to find it, with no luck. You have the magic touch! I kept thinking the title was "Big Sis Little Sis", but I knew that wasn't quite right.

Mod
Bookel did all the work! Glad it was found for you.