Does it have to be from the blue excorcist anime?

So, it can be any anime human?

ok. It'll be under construction so far.

Appearance: She is kind of short, and very thin. The only things she will wear are band shirts (sound familiar, anyone?) and skinny jeans. She always has perfect nails, and is very uptight about pretty much only that.

Complexion: Very pale, with some freckles, which she hates.

Personality: She is very strong, and secretive. She is very antisocial, and doesn't really speak to anyone, except her cat. (Are they allowed pets? Probably not.)

History: She never tells anyone about her past, and even now she only half-remembers it. She had a sister, but she moved away and no one knows where she is. She was raised by her mother only, and was mostly happy as a kid. She has been very depressed since she was 14, and spends most of her time either out in the woods or writing.

Strengths: She has this sort of sense, like, if something's wrong, and always defends what matters to her.

Weaknesses: She is very timid, and is very strange and inconsistent at times.

I hope I got everything!

Name: Scarlett
Last name: Marshall
Age: 16
Birthday: October 9
Appearance:Athletic appearance she always has on black or dark gray clothes. The only makeup she ever has on is dark mascara or black eyeliner. But she isn't goth considering her dark wardrobe.
complexion: pale with an olive tint
hair color: dark black with blue streaks
eye color: dark green
Height: 5'5
Weight: 105 pounds
personality: she is warm and bubbly even though she always dresses in black her wardrobe does not reflect her personality. She is friendly and always talking
History: her parents divorced and she was in her sister's shadow. She had lots of friends but she felt like her dad only cared about her sister. She is not very educational but streets smart.
Strengths: She works well with others and has lots of friends. She has great instincts and good judgement knows the different between right and wrong.
Weakness: She trust to easily and will even help people who she barley knows. She has a hard time believing in herself and normally relays on other people. 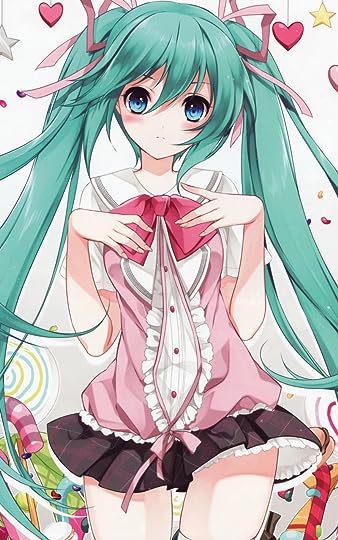 вҖўHair Color:Teal
вҖўEye Color: Blue
вҖўHeight: 5'0
вҖўWeight: 119
вҖўOther:
Personality: Hikari is very outgoing and sweet when you get to know her. When you first meet her she stutters and apologizes quickly. She is very compassionate to anyone even its her enemies which is rare. She forgets anything easily and usually zones out on serious conversations. She also sleeps anywhere as soon as she feels tired. She doesnвҖҷt usually talk to guys because she feels nervous and overwhelmed. The only male she would talk to is her brother, Koda, before he was alive and if not she has a panic attack. People are attracted to her because she very loyal and compassionate. She never tells anyones secret behind her backpack. Troye doesnвҖҷt hold a grudge and she is very forgiving. She has respect and understanding of people's differences. She has a great wisdom from a young age and also very observant. She always ends up being the peacemaker between her friends.

History: She comes from a weird past that she could barely remember. She was once of high royalty along with her brother, Koda, before their Mother died of cancer. SHe would be her fatherвҖҷs punching bad and also his little toy. When Koda couldnвҖҷt let this happen to her anymore they both ran away together. He died a couple of years later protecting her from a gunshot. She still puts a smile on her face soon she was excepted in another family. They donвҖҷt even know about her current powers or what she can do all that she knows is that she needs to keep to herself.
Crush: Open
Relationship Status: Open
Sexual Preference: Heterosexual
Family:
Mom: Deceased
Father: Deceased
{Likes}

* The Dark
* Spiders
* Being Alone 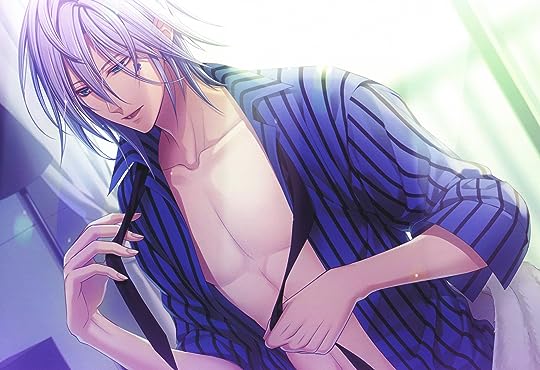 в–Ә[Scent:]в–Ә Usually smells of cologne
в–Ә[Build:]в–Ә Athletic
в–Ә[Height:]в–Ә 6'0
в–Ә[Clothing Style:]в–Ә During school its the school uniform but out of school its the same as in the pics

вҖўВ°HistoryВ°вҖў When Ikki was a child, he wished for girls to fall for him upon a shooting star, and that wish came true. All the girls around him started to act differently towards him. As Ikki grew older, he lost his ability to grow close to others. He regrets making that wish and wonders if it was his punishment. Ikki has lived a pretty normal life, his parents being priests/exorcists yet he isn't sure what to be exactly, he just always talked about taking his parents place after they were murdered by a demon.

вҖўВ°PersonalityВ°вҖў When Ikki was young, he wished on a shooting star to become popular with girls, as he grew older he began to resent that wish, because he couldn't feel close to anyone due to his popularity. He dislikes his given name 'Ikkyu' due to bad memories of his past that relate to his name, therefore he goes by 'Ikki', although childhood friends often continue to call him by his given name. He is known to break up with his girlfriends and boyfrinds after three months of dating, but it is later found out that they leave him due to his cruel fans harassment, and them making an agreement to take turns dating him for three months at a time. As each fan dates him they are supposed to write a daily report of everything they do with him each day. For example, some of his fans stalked one of his boyfriends and attempted to threaten him but his boyfriends friends always stopped them. He doesn't know about that, but because of his girlfriends and boyfriends always breaking up with him, he decides to make three months the limit and date for fun, because he believes he can never fall in love, Though that almost changed with his last boyfriend and even though it ended, he still doesn't wanna truly give up. He is very sweet and attentive. He is interested in mainly guys because they usually do not fall for his gaze that is known to make women fall madly in love with him. He works at a cafГ©.


[Zodiac Sign:]
The sign of the high roller, Capricorn is regarded as the zodiacпҝҪs top, but also quiet, life and business achievers. But, there are two very different types of Capricorns.

The first is represented by the mountain goat, always climbing higher and higher; never content until reaching the top. The second is the garden goat, with little adventurous spirit or ambition-happy to remain within a small domain, refusing to budge unless it is pushed. Either type of Capricorn, however, is patient and persevering. They reach their goals because they know the longest journey commences with a single step and that the first step is always the most difficult.

The one thing a Capricorn must always try to do is balance work with play; otherwise they can become too one-sided and work can replace true personal emotional fulfilment. Continually climbing the eternal mountain of success, Capricornians rise to the occasion when faced with a new task or deadline. Even if something comes to a grinding halt, their ambition to reach the ultimate keeps them moving forever onwards and upwards (prompted by the strict influence of ruling planet Saturn). Although conservative and cautious, Goats are willing to try unusual approaches on their road to success in business or in love. Romantically, they desire a permanent relationship with someone who'll give them the affection they crave (and often neglect to give themselves!)

вҷЈвҷЈ{Personality}вҷЈвҷЈJack is a kind loving person. He always tries with girls but is never fortunate enough to stay with them some call him dumb because the way he makes decisions quickly. He will always put himself after others even if it means getting in trouble.
вҷЈвҷЈ{Likes}вҷЈвҷЈ

вҷҘвҷҘвҷҘ||History||вҷҘвҷҘвҷҘ When Jack was Ten he and his family went on a road trip,at the time Jack didnt know what he was or what he would become. On the trip a man driving ahead of them suddenly stopped his vehicle on the freeway. Jacks mom and dad both died due to the crash.
Jack went to live with his grandma and grandpa who lived near woods and jack would go into the woods everyday. 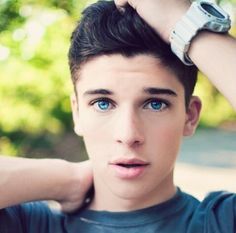