6 views
Fantasy > The First War of the World (Characters)

Mod
Long ago a world lived with resources abound, but when we realized we were running out and prices were inflating, things turns sour quick. We currently reside in a war torn country, polluted with corrupt governments and politicians behind the curtains. There are political refugees and criminals abound, and amidst the chaos, the authorities still manage to pull in bodies to prisons, where even the jails are overflowing and war camps had to begin building fortresses to hold in the unruly. In this devastated world, countries are at each other's throats for resources and trust. And that's just the beginning. Kings, theocracies, communists, and more are rising from the ashes and blood is being shed everywhere.

Is there anywhere safe to flee? Is there a resistance to fight against the terrible? Heroes will rise and fall, romances will kindle, and governments will teeter on the edge.

This is a futuristic fantasy genre, and humans are mixed with other races for the most part. Other creatures and half mixes are great too! Everyone who wishes to participate is welcome. There is lots of room for plot. Just know that we are starting out in a prison. Enjoy!

Personality: She considers herself diplomatic and tolerant, she hasn't seen a whole lot beyond the luxurious palaces and show rooms of governments, so she is naive in what might be out there. She is firm, yet she is still learning about the world. As long as 103 years may seem, she is considered still quite young because she spent so much of it cooped up training for her career. Now she is full-fledged into it, recently graduated in her program and hired a new, and anxious to show people what she can do.
Weapon: Staff
Relations: She's a delegations authority of many nations alike.
Occupation: Ambassador to High King Feiramir of the nation Basillriver.
Other: none 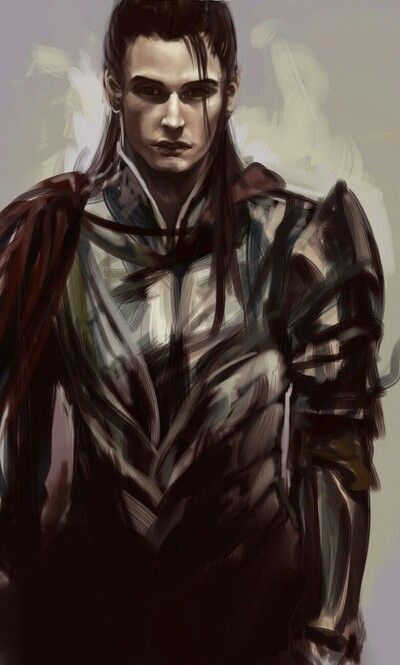 Personality: He prefers people don't talk around him, he's not a big social butterfly. He is irritable most times and quiet himself. You can get a smile or two out of him, but only when he is impressed or approves of a certain way. He is good at keeping his mouth shut due to what he does as a living, and he has to adapt himself to fit his reputation. On his own though, he can loosen up a bit and watch the flowers lilt in the wind, and he feels alright.
Weapon: Katana and daggers
Relations: His occupation keeps him secret, but he is most famously known to roll with the theocratic country of Iocra
Occupation: Assassin to governments and mercenary to individual powers.
Other: None

Name: Kye Sron
Age: 28
Gender: male
Race: Human (as far human as can be considered human. Its the future, races have mixed)
Appearance: Broad shouldered, with a medium build due to his prolonged stay in a rundown political prison. His hair is shoulder length and black as night. His face is donned with scruff that allures to a dark attitude..
Personality: TBA
Other: Kye has been "imprisoned" for his alleged involvement in the rebel alliances. His past isn't much to his present, he has since learned to live off natural instinct.
Weapon: Varies. Uses what's around him to defend himself. His intellect is his main defense.

Mod
Oh sweet! I'll make note of that in the above synopsis.

Mod
I think I'm going to make one or two more versatile characters to help drive plot, but my first two are finally complete after a few revisions. I definitely want to make a corrupt king or political figure for sure though, because I seriously LOVE being the villains. >:)

Hey sorry I haven't been on much. I'm dealing with a lot of stuff right now and just can't seem to shake the stress. I will get my characters done tomorrow and will be ready for anything after that. So if y'all wanna rp go for it and if I'm not on feel free to text me and I'll hop on/ reply ( as long as it's not between 8-1 est because I basically work for a Gordon Ramsey wanna be and I don't wanna die)

Ohhh, what kind of corrupt political character are you thinking?
Also I'm sorry I haven't been on much, I worked, literally, for 3 days straight.

Mod
You're good, I was thinking of making a King and a priest from a theocratical government.

I think I shall join with you and make characters that are on the bad side as well.