Hmm we could do something with ninjas

Okay so that's all I had at the moment lol

Do you watch or read Naruto?

Any other ideas to add to the ninja thing?

What kind of ninja things have you seen or read

Hmm do you watch any anime?

Give me a bit I'll write something that might work

I am going to recommend a ninja anime that I enjoyed all I ask right now is that you read the synopses it's called Nabari No Ou.

Yes so what do you think of basing the rp on that without using any of the actual characters?

Sorry I thought I responded so how are we going to do this?

Okay we need genders of characters and how many characters there will be?

Okay I have a better idea we could each have a guy and girl there doesn't have to be any romance it can just be a group of friends.

That wasn't in the synapsids was it?

Rokujou Miharu is a boy who has a hijutsu (hidden technique aka shinrabansho) living inside of him. This hijutsu is the power of creation. Many ninja clans are seeking it as the one who possesses it becomes the ruler of the ninja world. Rokujou's classmate Kouichi started a nindou ("Way of the Ninja") club at school with Kumohira, his English teacher. Both Kouichi and Kumohira are secretly ninjas. They tried to persuade Rokujou to join the ninjutsu club. At first, he was reluctant, but after being attacked by group of ninjas trying to get his hijutsu, he joins. He must become the Ruler of Nabari in order to survive.

He gets submerged into the ninja world meeting someone he finds he has a connection with Miharu is apathetic at the beginning of the series. He lives with his grandmother his parents are dead and there is a day ten years prior that no one remembers. Umm don't know what more to say without ruining it if you want to watch it.

Okay back to the question before the confusion which of us will have the character possessed by the shinrabansho?

Okay then let's make our characters.

Skills (What are they best at Ninjutsu, Taijutsu or Genjutsu?):

beyond adding that I don't think anything else is really necessary

Anything you can think of adding?

Okay I'll let you know when I get off but now we are making our characters so it might take awhile to do that so it's fine.

Here my characters are sorry for taking so long 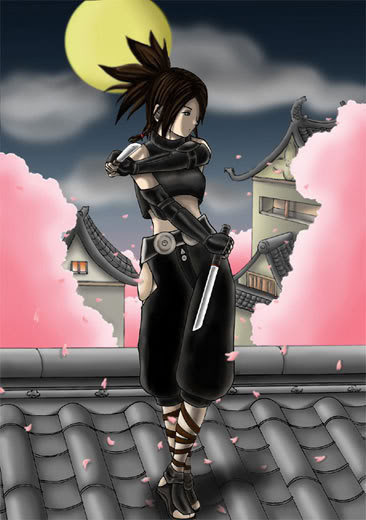 Personality: She is strong willed, can be a bit arrogant but can back it up. She is kind and loyal will always defend her comrades and friends. She can be short fused and bad mouthed if you’re on her bad side.
History: She has been alone for a long time her family murdered by a close friend. She has kept close to the people in her village to make up for the absence of her family.
Skills: Genjutsu, she is also skilled with short swords. 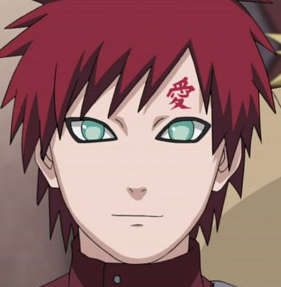 the tattoo on his forehead means love.
(view spoiler)[ 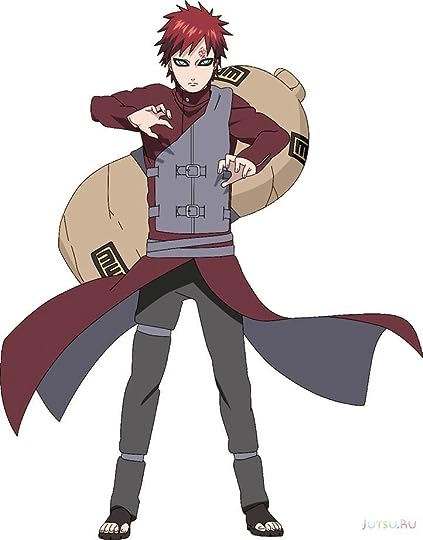 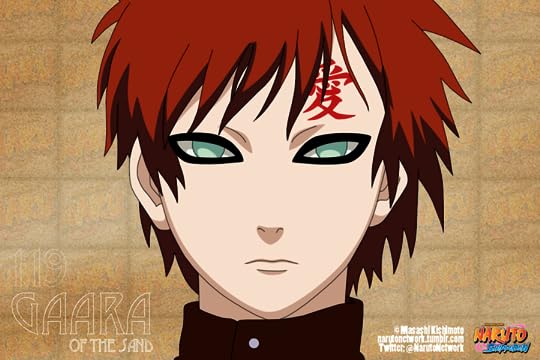 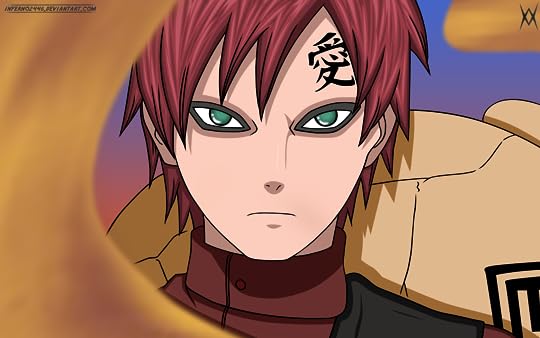 (hide spoiler)]
Personality: He was emotionally withdraw until he was about 14 then started to come out of his shell little by little but is still working on it. He is protective of his friends and is somehow capable of inspiring others. He has a kindness in him that he is trying to reach.
History: He had a lousy childhood and was ignored by everyone. His own father tried to have him assassinated on several occasions. He has two older siblings a brother and a sister.
Skills: Ninjutsu (can manipulate sand while not even thinking about it he carries it in the gourd on his back which is also made of sand)

(Gaara is based on a character from another series)

Awse you forgot didn't you?

It's okay I was mostly just reminding you lol

As soon as you can please