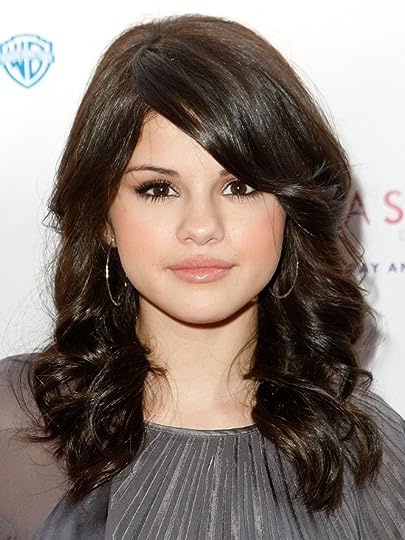 Personality: Isis was her family's Ms. Goody-two shoes. She did everything that was ever asked of her and so much more. Isis completed School easily. She was dedicated to her studies and made above an A on almost everything. However, she was never any good at denying answers. People would forget to do their homework and she could never turn down a plea for help. She would share all of her answers on her homework almost always. She got caught doing it a couple times, and she was given the opportunity to deny it, but she told the truth.

family:
Mother: Kateri Naramoniel; 39; She is as honest as it comes. She never lies.
Father: Simon Naramoniel; 41; He is a kind man and is almost the definition of a perfect father.
Sister: Asha Naramoniel; 16; She is a rebellious little girl, but Isis loves her.
Brother N/A

History Isis was born to Kateri and Simon in Candor. She was a jewel to her parents, a little girl who did as she was told. And she was honest! That was a plus. Then Asha came around and was a little wreck. Isis happily gave her the nickname "Twister" because she reeked havoc wherever she went. Whenever Asha got in trouble at school, Isis blamed herself for not being a better older sibling. Isis carried out her own studies at school and never got anything below an A. Her teachers loved her. She was kind, smart, and honest. When Choosing Ceremony came around, Isis decided to leave and go to Abnegation. "It's where I can be my true self," She explained to her family on Visiting Day. During initiation, Asha set the example. She did everything almost perfect. When initiates were given the opportunity to to rest, Isis could be found out and about helping others. When offered a government job, Isis declined and said she would rather be out and teaching others the way of Abnegation. They came back to her very many times until they finally got the message: Isis wanted to be an instructor.

Fears:
-Her family getting hurt
-Not being able to teach others the ways of Abnegation
-Being found out for who she is

Likes:
-Instructing others in the ways of Abnegation
-Being with her family, especially Asha
-Being who she is

Weaknesses:
-Abnegation
-Her family
-Being selfless

Skills:
-She's smart, honest, and selfless
-She's a wonderful teacher
-She knows what to do in tough situations

Weapon of Choice: None really, she believes everyone should always be at peace.

Faction they instruct: Abnegation
Divergent: Yes; Candor, Erudite, Abnegation
Other: When she has free time, she will devote it to learning. She wants to be selfless, but at the same time, smart. She believes that if she was smart, she would be able to help pothers better.

This trainer needs to be finished ASAP please

I know! But when you're trying to keep your first group on GR EVER from being deleted, a trainer is last priority.

Yeh I got that, but it still needs to be done and I am currently managing my group. It's a reminder that everyone got not just you

I know. Trainer is my very last priority right now. So sorry to be a bee in the bonnet.

Yes, Erza gave Isis to me.