What Country do you belong to?: America
Birthday: September 3rd

Personality: NYC is very methodical and calm, but she can get really angry. Those who make her rage don't see the end of it. She is a very social and fashionable person.

History: NYC was initially established as an English city, with many Dutch immigrants, until the American Revolution. She became America's city, then back to England. Then finally to America. Since the UN is located in her city, she is fluent in almost every language. And she is also the fashion and financial capital of the world. Sometimes, this gets to her head. She became very depressed on 9/11, and had to take much time alone to recover. Any mention of the event will make her cry.

Family: America, England
Sexuality: Heterosexual
Seeing anyone?: Used to like Stephan Marbury (Until he went to Boston)

Other: Fav fruit is the apple, for obvious reasons

What Country do you belong to?: England
Birthday: unknown

Appearance: http://data3.whicdn.com/images/217345... His eyes are blue, not green. He's identical to Englnad

Personality: London hates the things his relative, England loves. He seems to be mature around family, but really, he's a child. His magic is a lot more accurate and Better than England's, so he rubs it in England's face. He also has a bad mouth, so he swears sometimes.

Curl: none
Weapon: his Successful magic and his pet
Pet: a mystic raven named Xander http://media-cache-ak0.pinimg.com/736...

Other: His pet can change into a necklace: http://www.nuclearblast.de/static/art...
A shadow: http://3.bp.blogspot.com/-rnEPxyq_T_c...
Or a sword: http://www.omegaartworks.com/images/o... (With the help of London's magic.)

Hey, what happened to Guam?!

Mod
Yeah, what did happen to Guam? Ha, I saw it earlier, too, and now looking here I notice it's gone. 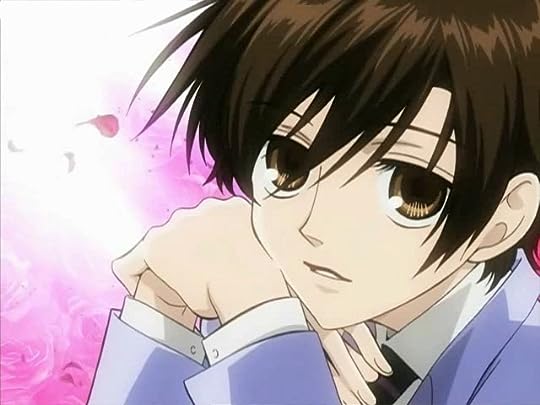 Well, it wasn't really much of a secret. I just kinda don't care.

{What Country do you belong to?:} She's American territory but she isn't a state. 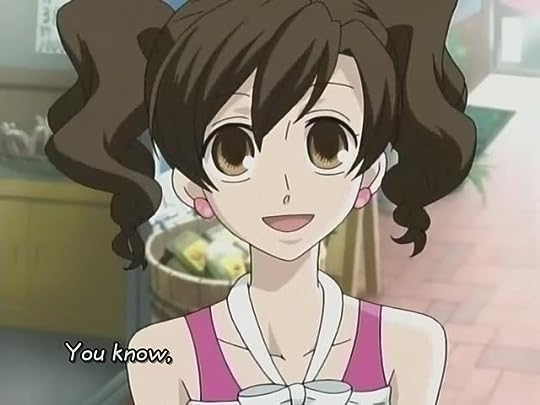 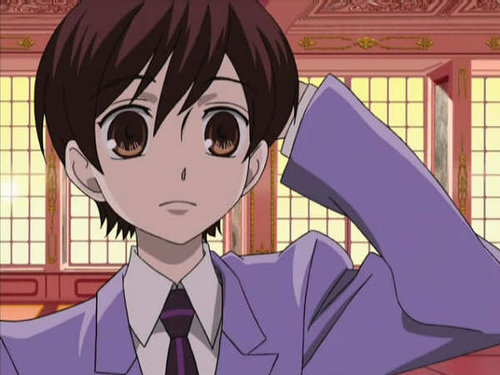 Lets just try to keep this on the down low. I don't need anyone else freaking out

I don't neccesarily call it cross dressing. I mean I do occassionally wear a dress.

{Personality:}
Sena can be a bit sarcastic. She has a tendency to be a little to laid back and can be interpretted as lazy when in actuality she is really a very hard worker. She hates being bossed around and will tell people how it is if she needs to. But overall she is a very kind hearted person who knows how it feels to be in poverty and has a soft spot for children Her hobbies include, strolling on the beach, swimming, volley ball, cooking, talking with Hungary << Who knows her secret >> and feeding her sea turtles. She has a pet ferrit named Kenya and is often seen petting him and feeding him treats. Sometimes all around babying him. She likes to keep her gender on the down low and so she wears very ambiguous clothing. She doesn't care much for appearance and materialistic things and Japan describes her as, noble and a bit to mature for her own good. She's one of the youngest provinces but never hangs out with the younger children, being that she has a problem with their inmaturity and annoyingness. She goes to the adult world meetings and often converses with America and Japan. She is highly intelligent and can often be underestimated. She also has a sick side. One that she doesn't often show and only comes out at night. She is highly trained in hand to hand combat and Japan trained her to be a ninja.

{History:}
Gaum was bullied for many years by other countries such as Russia and Australia. Her and Australia do not get along and can't stand one another. She also has some problems with Germany. And it is unknown why. Her main culture and religion was highly influenced by the Japanese. She loves tea and sushi and manga. Though she'd never admit it, her pride gets in the way. When she was very young for a province that is, she was taken by Australia as a territory. She hated it and would often try and humiliate Australia by saying he forced Sena to wear short dresses. But she had to admit that she did like the geography of Australia. And they sported a rich sense of culture. But Japan ended up buying her from Australia because Australia had pretty much begged to rid of her. The one thing she got from Australia though, was a pet ferrit that she loved dearly. Japan eventually gave her to America as a peace offering of friendship. He trusted America with her and so the three became good friends.

{Family:} It is often thought that Japan is Guam's older brother. And it would make much sense. Geographically they are very close. But if you thought like that then Australia and her would be even closer. So no, they are not related by blood. But Japan can be protective of her being the only one that knows her secret.

{Curl?:} No
{Weapon?:} Sometimes she is seen throwing cans of spam at people when aggitated but her main weapon is an edged silver dagger.
{Pet?:} Kenya 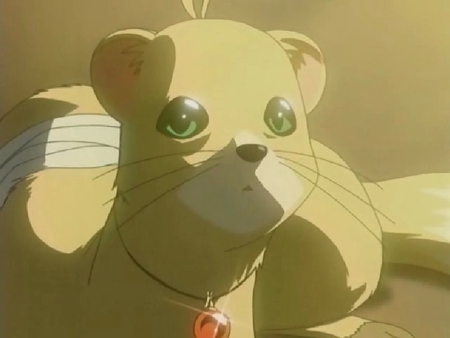 {Other:} She happens to love surfboarding, skateboarding, singing and guitar. She often roams her country in a swimsuit because people rarely visit her.

I don't know whats wrong with the fecking pics though.

you didn't finish the HTML...

I finished them, but the pics are being STUPID!

Mod
SOOOO, does anyone want to rp with meh London? XD

I'm almost done with Salvador, how bouts that? 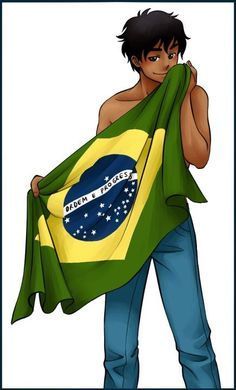 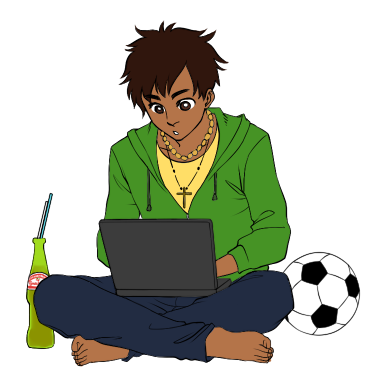 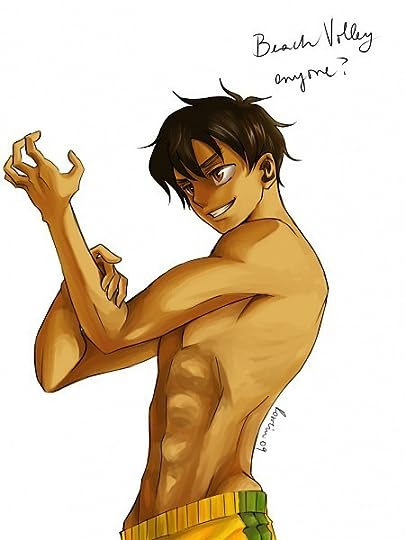 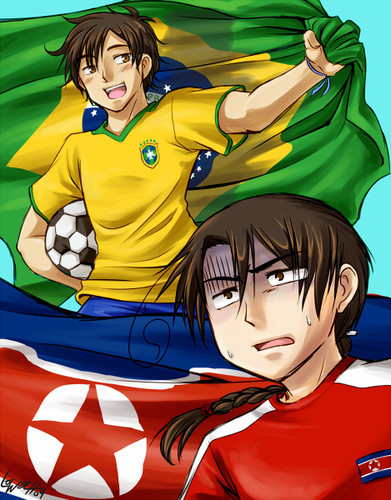 {Personality:}
Salvador can be a very hyper and energetic fellow that's insaenely happy and opptomistic. He hates the cops and loves to race cars. He knows practically everything about cars and soccer alike. He is laid back and loves to eat fish. So he spends a lot of time near Japan and Italy. He has a good friendship with Spain but not very much with Romano. His entire life evolves around sports but lately he's been really getting into technology and more of the today's fashions. For once he loves soda and playing online. He loves candy and horror games, so he naturally gets along with America. But he is extremely afraid of France because France is a complete perv. And he's also afraid of Russia... but then again who wouldn't be. In battle he is very strategic and fast, agile and hard to catch. He may seem lazy but he is hard working and determined to help anyone he can... though he never really succeeds at it and takes a lot of things the wrong way and can be insanely immature. He's an amazing cook and tends to make everything he cooks spicy. He loves alcohol and he's a fun drunk. He likes to get drunk with England because he thinks its fun to make him mad.

{History:}
Well, he doesn't have much of a crazy history. His people are mostly African, being that when he was first created it was for the slaves. And so after gaining, citizenship? he had a small population but it was mostly Africans. He learned many things from Japan, Germany, and Italy. His cuisine is influenced by a certain Italian and his military is based off of Germany's style training. Other than that he is a relatively young country, still naive and revellious. 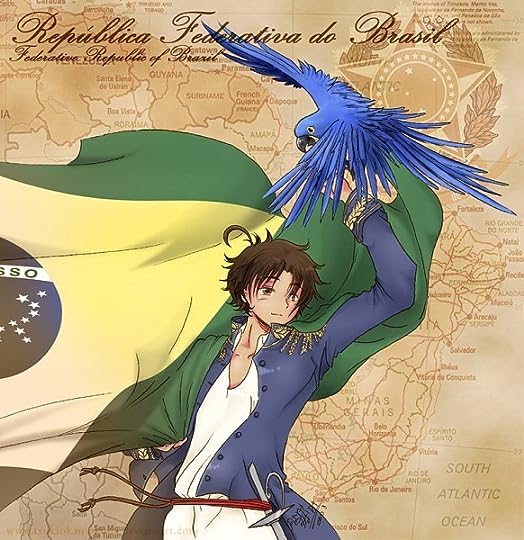 {Curl?:} Yes, on the right side of his head
{Weapon?:} Yes, a baseball bat with nails and a pocket knife
{Pet?:} Yes, a blue parrot. And a chihuahua

{Other:} Not at the moment

Mod
Me: Well then....London, do you have any thoughts? *nosebleed*

XD, freaking hot I know. You have no idea how hard it was to find those pics. Where you want them to meet.

Mod
I don't care where they meet. Where ever you want to :3

How about... hmmm.. how bouts a soccer field?

I'm more of a pewdiepie and cry and Ken and Markpilier kind of person.

Mod
With the cross-dressing and whatnot

Yea, but he's pretty funny. And a bit... I hate the world and anything funny. But he is hilarious.

Mod
I love all YouTubers equally <3...I have to say that.

Mod
Btw, this is what London's voice sounds like:

Except, more of a younger version :P

OMG I LOVE DAVID BOWIE, but I like Underground more than that song

Mod
XD I like Within you, As The World Falls Down and Dance Magic, Dance :P

Mod
Or, should I say, Antonio Banderas? 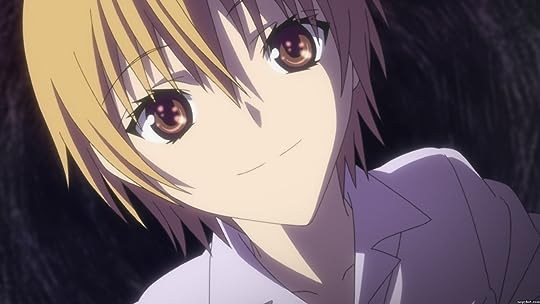 What Country do you belong to?: Romania
Birthday: December 25th (Christmas) 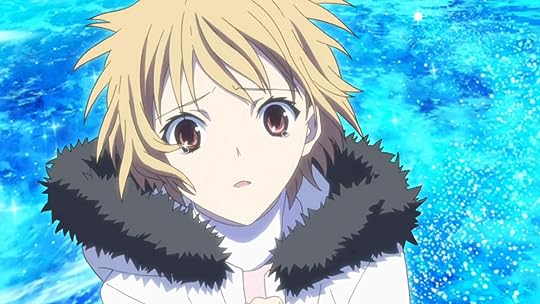 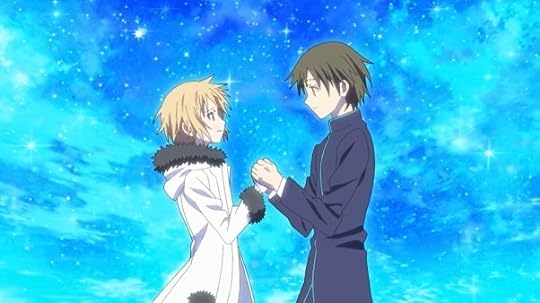 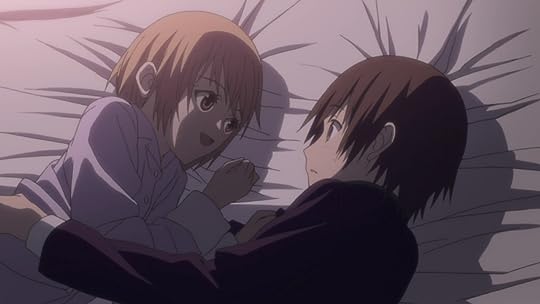 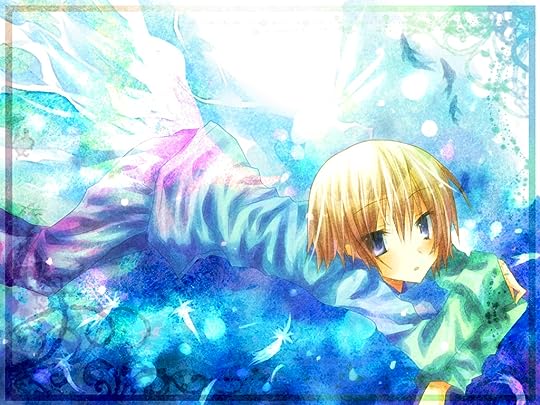 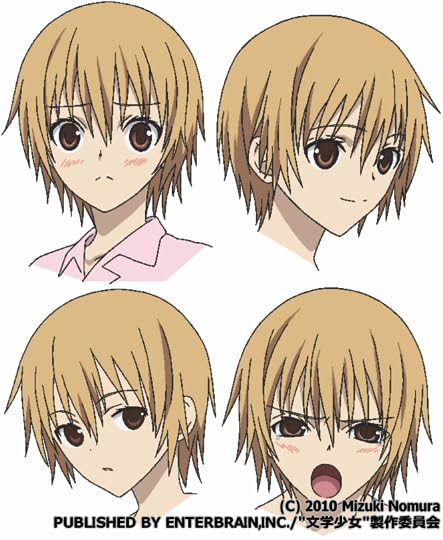 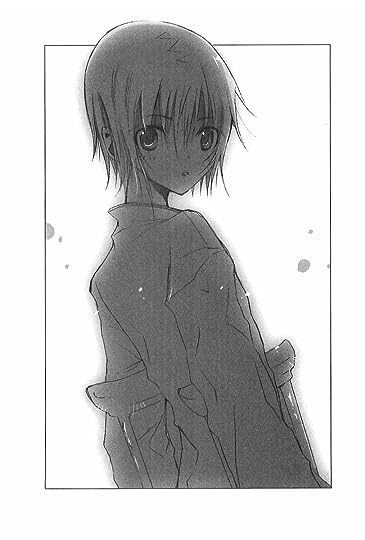 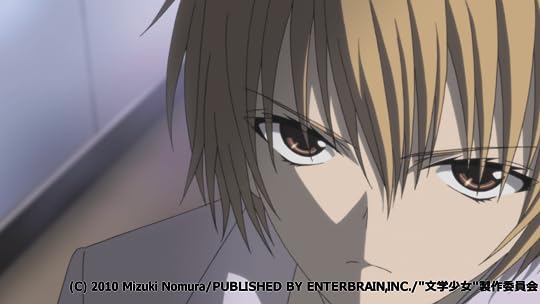 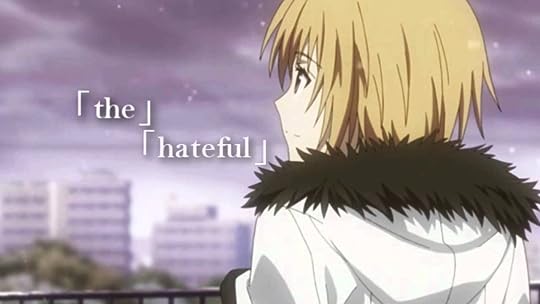 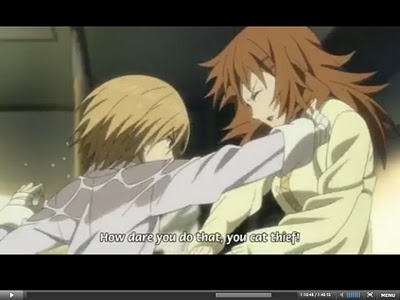 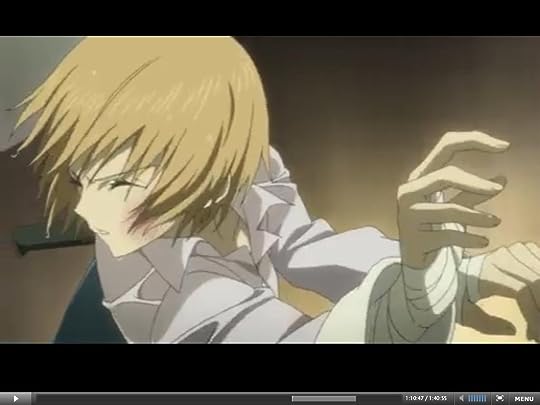 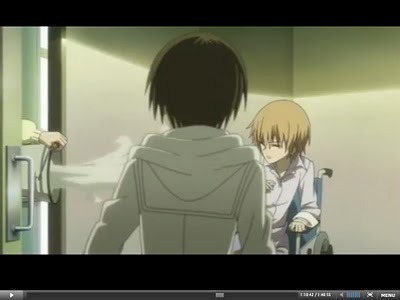 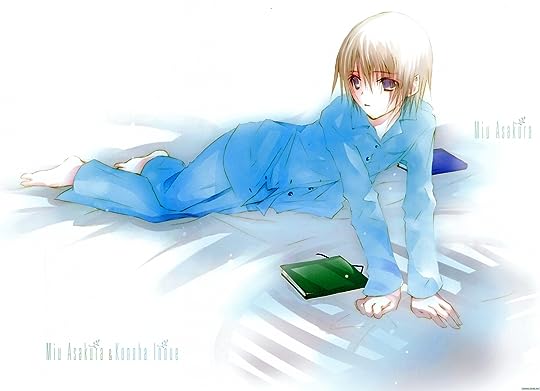 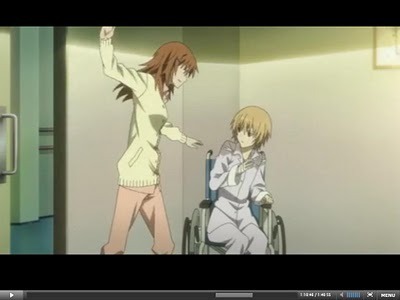 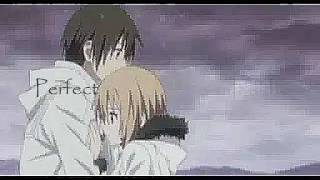 Personality: Miu is exactly what you'd expect from his looks. He's adorable, shy, quiet, and often keeps to himself. But, he is incredibly smart and one hell of a fighter and spy. Once you get to know him, if he lets you, he's kind and helpful in any way. But, he can also be stubborn and hold one hell of a grudge. You dont want to get on his badside either. Once there, you'll stay there all your life. When on his bad side he isn't necessarily mean, but he gives the silent treatment and if you do say something he doesn't like, he'll automatically snap. Miu doesn't usually go to that point though. Deep inside he's depressed but hides it from others as to not be a burden to them, so if he snaps at you, it just means he's upset.

Theres another side to him though that his co-workers are bound to see before the shy and innocent part. He is challenging and daring. You hit him, he'll hit back till he wins. You hold a gun shakily to his head, he'll grab your hand to keep it steadily pointed at his head and give you a daring look. Even if you tell him to kill himself, he'll show signs that is like daring you to say it again and he will. 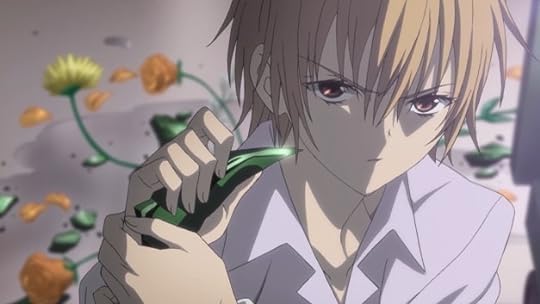 History: Not much is known about Miu, all thats really known for sure is he has a twin sister who's smart like him, but other then that she acts completely different then him. Miu grew up without knowing his parents very much. His father left him, his sister and there mom because he couldn't handle the stress and by time he was four, his mom had died from a bad sickness caused from depression and anxiety. So, they had to move in with there rich yet drunk uncle. They loved living in a big mansion, there was alot to do, but since everyone hated his uncle and only acted like they liked him for the money, they completely ignored Miu and Maka (his sister) so they were force to go on days on end with just mainly each other, the maids and there butler. Miu didn't mind though, he had his twin sister by his side, thats all that mattered. He just wants whats best for her. Which is why he joined this group. He was young when he joined, but he was also really smart and thats what got him in.. Along with his smart sister too of course. 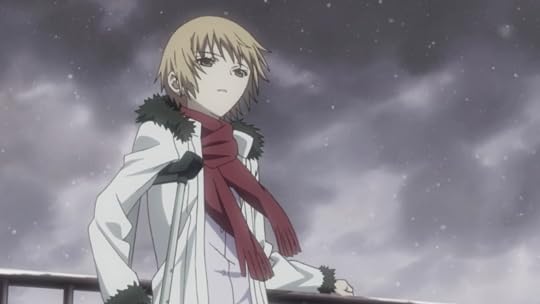 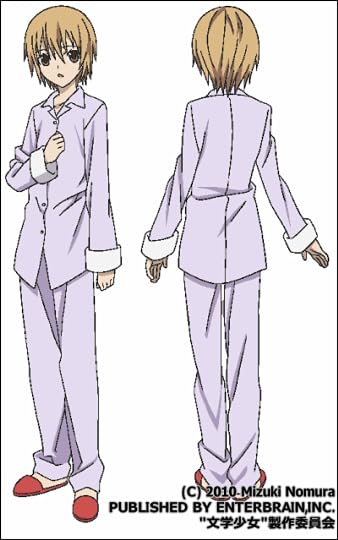 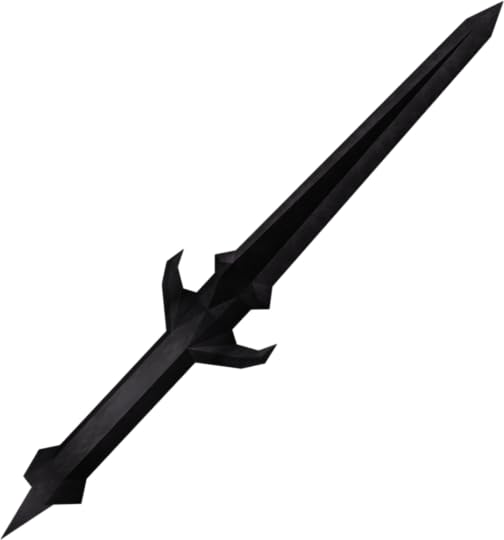 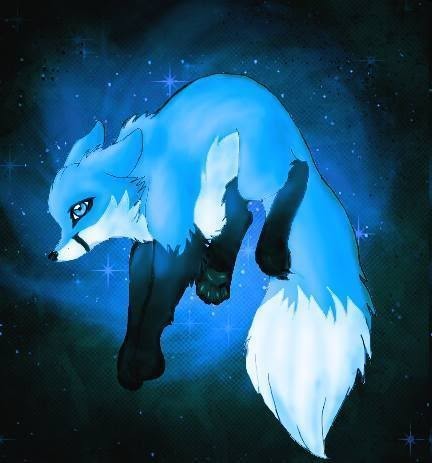 http://i236.photobucket.com/albums/ff... its a male named Poseidon but he calls it 'Sea' or 'Ocean' for short. 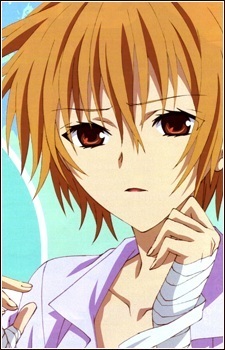