What Country do you belong to?: Canada
Birthday: July 1st

Personality: Even thou he looks like Canada hes not like him, he talks to people like a normal person with out the quiet-ness. He can be stuck up and rude towards some people like Quebec and New York. He is kind and caring even though he won't show it.

History: He was married to Quebec more than once. He hates New York after 1812, they never patched it up.

Family: the face family and their states/Provinces
Sexuality: Bisexual
seeing anyone?: non
Crush?: He likes Quebec still but won't show it.

What is he, in love with science? Hilarious :P

Appearance: Long burned-sh red hair pulled back with black ribbon, usually found with red trench coat, one eye blue; the other yellow, ripped bleached jeans, grey shirt, tattoo on his wrist:http://ender242.deviantart.com/art/ps... , curl sticking on the top of his head; very similar to his relative North Italy's, carries around a knife hidden in a belt compartment, black military boots.
Personality: He may seem bitchy at first, but really he is a nice guy. He is committed to anything he promises, and if someone is in trouble with one of South Italy's mafia's, he'll pull out his knife and protect you.
History: (Optional) Used to live with South Italy, but of course Spain had to come in to kick him out since he was old enough to live on his own. Was married to Germany's step brother Berlin; Germany forced them not to see each other ever again. Lives with his Italian greyhound.

Pet: She's an Italian greyhound puppy. Her name is Elvira: http://www.nextdaypets.com/directory/...
other: He can be like Dexter: He is a good guy, but kills bad guys

Mod
Yeah, Snow deleted my f*cking Sicily before..so I had to make it AGAIN. THANK YOU, SNOW

Oh, Tia, I hope you don't mind but we really needed Italy and so Max played him. He's still on the conference room.

Mod
And it's fine. I can do England well, I think.

Personality: Utah spent the first years of her life in isolation, so she is very socially awkward. She is the kind of person to tackle hug you and then run away, if that makes any sense. She loves Hiking, snowboarding and swimming. She uses to be very angry a lot of the time, but has mellowed down a lot, she still gets very aggressive when offended.

What Country do you belong to?: America
Birthday: January 4th

Appearance: Has strawberry blonde hair kept in a loose braid to one side of her head. Her common clothes are hiking boots, a simple tee-shirt and shorts. ( I wrote this because I don't think the picture is working) https://www.goodreads.com/photo/user/...

Personality: Utah spent the first years of her life in isolation, so she is very socially awkward. She is the kind of person to tackle hug you and then run away, if that makes any sense. She loves Hiking, snowboarding and swimming. She uses to be very angry a lot of the time, but has mellowed down a lot, she still gets very aggressive when offended.

What Country do you belong to?: America
Birthday: December 11th (When he became a state) or July 4 (when he became a Territory). He likes to mix it up sometimes, tricking others and confusing them a lot. 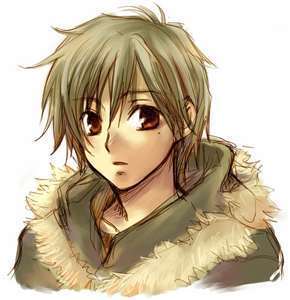 Personality: John, similar to Spain, likes to smile a lot. Being the Heartland of America, he likes to make sure no one is sad or depressed. He likes to (attempt to) make friends with the bigger nations like America, and also doesn't mind the smaller cities hanging out with him. Although, when angered, he knows how to fight and probably would kill someone if they weren't too careful. He will admit he's done some bad things in the past, but he regrets them. A lot. John would take everything back if he could.

History: Indiana originally lived with Native Americans until after the American Revolution, which had opened his territory to U.S settlers and began wars with his people. When he met America in these small wars between Native Americans and White Immigrants, he wasn't sure what to do. These small conflicts continued until 1811; The Battle of Tippecanoe. Thirty-seven soldiers died, twenty-five others died of injuries, and over 126 were wounded in this battle, and it greatly effected Indiana, causing him to once in a while have slight panic attacks at mentionings of death, injuries, Tippecanoe, or even battles in general. Indiana didn't have his name until 1816, his name literally meaning 'Land of Indians', as the 19th state of the Union.

Curl?: No
Weapon?: He has a Bow he calls the 'Indian's Spirit' that he uses to fight keeping his old Indian lifestyle. He also has a pistol similar to America's in cases that he's too endangered to use his bow and arrows.
Pet?: He has two pets; a Cardinal Bird named Red and a German Shepherd named Claus.

Other: Indiana, once in a while, has slight panic attacks at mentionings of Death, injuries, Tippecanoe, or battles because of the Battle of Tippecanoe.

You used Akira as a face claim XD

What Country do you belong to?: Japan
Birthday: August 24th

Personality: Tokai is a quiet girl, much like her caretaker, Japan. She lived with Japan for a few years, so she developed a love for gay people and what he calls 'yaoi'. She's practically like Japan, except, she loves to give and receive hugs. She loves to swim, and isn't afraid to show her skin; which she's very fond of. (And no, I don't mean as in a stripper-kind of 'show off her skin' -_-)

Family: Japan and Taiwan-Caretaker and Sister
Sexuality: Straight
seeing anyone?: No
Crush: No one at the moment

Other: She loves to sing Vocaloid songs. She also loves to swim and paint. When she has the material and the time, she'll make some clothes, like scarfs or hats. She also smells of cherry blossom trees. Tokai loves the summer.

Mod
I don't mknow where Indiana should start. :P

What Country do you belong to?: Japan
Birthday: August 24th

Am I allowed to approve? Because if I am, then your character is approved. XD

Mod
XD if you're a moderator, then yeah XD