One winner will win all 3 eBooks and 2 runners up will receive a free eBook of their choice! Closed 4/30 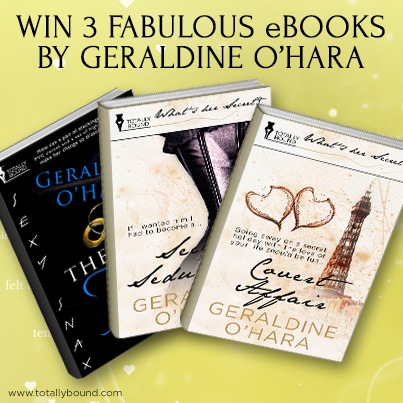 The prizes will be drawn and announced at our Facebook party on April 30th. Make sure you Like our Facebook page here to be able to attend the party. Author, Geraldine O'Hara will be attending the party.

Visit our Facebook page and enter to win Hard Lessons by Ashe Barker.

Once her body and her emotions have been laid bare, what other secrets is she keeping?

Freya’s chosen Master has agreed to train her, but only on his terms. He demands that she spend one month alone with him, at his home, her body his to control. He demands total obedience and absolute honesty from her. He is hard, demanding and committed to training Freya in every aspect of submission.

Nick is a tough and uncompromising Dom, but he’s also a master of his craft. From the very beginning he is able to get beyond Freya’s inability to speak to him, to release her innermost submissive instincts. She feels safe with Nick, she trusts him to take care of her, and as she willingly submits to his hard lessons, and slowly unfurls in his hands, he is more and more captivated by his silent pupil. But although her body and her emotions are an open book, Freya has not revealed to him the full extent of her wealth. And as their relationship deepens it becomes more and more difficult for her to confess her deception. How will Nick react to the news that his exquisite submissive is rich enough to buy anything she wants? Except him.

And will just a month with Nick be enough? Freya knows the Dom she wants. Can she convince the Master she adores to claim her?

Publisher's Note: This book is best read in sequence as part of a serial. 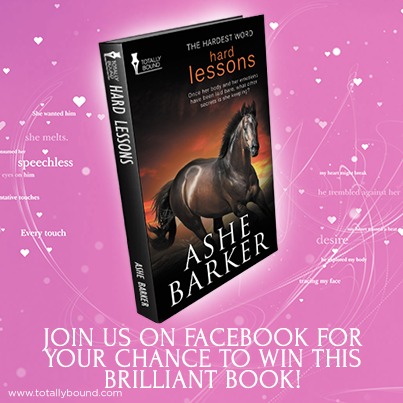