→ A lright, I have made two journals in the past, and had them all deleted. This is the last time I change. Sorry for everything, everyone. Yay...Now I have to make the hole intro again. Oh well, I'll stick with this. Well, hello! My life is boring, full of YouTube, rapped in a blanket of gaming, covered in depression with a sprinkle of sunlight. Yep, thats me. I'm a normal teenage girl with a lot on her mind, as everyone else. I live on music, and don't have much going for me. Although I find myself to be creative, I'm to lazy to do anything. I have a younger sister, mother and father. And three black, fluffy cats. Anyone who thinks black cats are bad luck can eat my lady balls.

→ A nd thats all I have to say. Apart from the fact that I'm glad that some people find my life interesting, to see what others are like, or even to get a sneak peek of what others are doing. I don't mind, really.

→ B EFORE YOU CARRY ON READING; this Journal is not PG, there will be swearing, and sometimes described violence.

→ A lright, time to catch up on everything... On my key bored my 'n' letter has become faulty, so that's just great. As I said, I'm a huge fan of YouTube(YT) and have already met Felix, who owns the YouTube channel "PewDiePie", and I'm going to see Sean, who owns the channel "Jacksepticeye" this month on the 11th, I think. Apparently Brad(TheGamingLemon) is also going to where I am going to see Sean, so I might see him too! Thats great, right? Anyway, on Sean's channel, he uploaded the final video of Undertale, it was sad. I'm not going to spoil it for anyone who hasn't watched it though. And if your not going to watch it, I recommend it highly. Anyway, X-Mas is coming up and I can't wait! I already know what I'm getting, but it's that fact of everyone getting to together, which is just my grand-dad and my family of four because everyone else is dead. Also, it's the fact of opening my gifts, and guessing which one is in what gift. So...Yay? I also messed up my computer somehow, but I won't to into depth about it. No one wants me to go into my computer rant! And you don't want to get me on a day where I'm talking about space...I won't shut up.

→ W ho else as a kid also drew the sun up in the corner of the page? I did.

→ S orry, I just had to save this from my old Journal and re-post it. 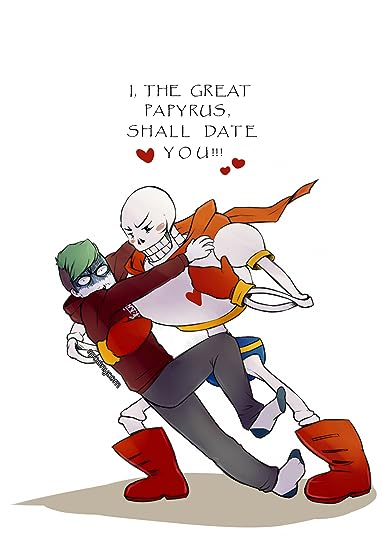 → W ell, today was boring. Although I finally learnt something new. My Father has gone out, drunk. And is going to come back, drunk. My Sister and Mother have gone to pick him up so for now I'm alone. I'm also getting really fucking pissed that my 'n' letter on my keyboard isn't working...Ah, what can you do? At least it's 14 days till X-mas. Hurrah! On a less happy note, one of my Sisters friends that used to be her Boy friend but then they broke up, (and now are not friends) talked to me today about how he was being picked on and bullied everywhere he went. I didn't tell him that I have the same shit from everyone, but I did comfort him and I wan't to be there for him so he has some support unlike me. I don't want to see the same thing happening to someone else. On a er...Normal note, something happened at school today but I forgot but I think it was interesting because I remembered that something happened.

→ W ait! I wasn't at school! It was at home! I know what happened! It was the YouTube Rewind! Ah...It's so good! I totally flipped when I saw Mark, (Markiplier) on it! It's a shame Jacksepticeye lives in Ireland...I bet he would have been in it if he lived in Canada or somewhere.

→ A nd...The drunk basted (A.K.A my Father) is home. He was slamming on the letter box and I thought someone was trying to get in or something. I went and grappled by metal bottle, - a nice colour and funny layout, an early X-mas gift - and was about to stand up but then my Father shouted though the letter box calling my name. I felt so happy that someone wasn't trying to get in, but hey, what's the difference with my dad? Now sitting up-stairs in my room with my little Sister.

→ O h my God...Finally..It's Friday! Two days of! And I found it's not the 11th I'm going to see Jacksepticeye...It's the 13th? I think? Don't quote me on that. Uhh...Today I fell asleep in English. But in History...I could not go to sleep...Wow. Everyone was being stupid, and whenever the teacher left the room everyone would throw pencils, rubbers, pens, paper-air-plains...And there was a thing where everyone would just hum. Yes, hum.

→ T he reason I didn't post yesterday was because me and my family got in a fight. Guess who's fault it was? Yes, mine. It seems like everything is my fault now. Anyway, I was right to say the 13th, I'm going tomorrow to see Jacksepticeye! Yay!

→ I saw Jacksepticeye and High-fived him! I'm so...Happy. I could have talked to him, hugged him, but no...I was scared of rejection.

→ T his for some reason, just really pisses me the fuck of. People say they like Fall Out Boy, but then their favourite song they have heard though a movie, or it's something really well known. And I'm here like, "What about 'Dance Dance', or 'Whats this', or even 'A Little Less Sixteen Candles, A Little More "Touch Me"". I like their songs no matter what but people who say this just...AHH!

→ I I'm always thinking (well, not always, that's messed up) of say, someone I look up to being chained on a bed or something, and I'm coming in. Their mouth in covered by a cloth, in which they are not aloud to speak. And they are crying, and they are looking at me with pleading eyes. And I hurt them.
Damn, I would make for a good horror story writer. Maybe I should make something like that and post it here? I did say at the start of my Journal that there would sometimes be described violence...

→ O h yeah, the reason I haven't posted as much is because I'm ill. Blaaa.

→ D id you know that brushing your teeth is the only time you clean your skeleton?

→ I 'm going to tell you the story how my trip to go see Jacksepticeye went!
It went shit.
So, I got there with my Mother, and we went in to this big hall. There where three halls in total. The first one was just bringing your own computer to play games, the second one was to normally play games, buy things from stalls, and watch shows that where put on in the corner of the right hand side of the hall. The last hall, WHICH I DIDN'T FUCKING KNOW WAS THERE, was the "Meet ad Greet" place, where you went to go see Jackseptice, and others. Going into the middle hall, me and my Mother played some games like Rocket League and so on, we, or I, brought some things. We had lunch, watched one little panel, walked around again. We came out of the hall to have a drink, and Jacksepticeye (followed by small group of people) was walking up to me. I could have high-fived him, but I was too shy and he walked right past. He did it again, and again I was too shy. After that we went to sit down to watch the "Talk Show" in the middle hall that Jacksepticeye and someone else was hosting. After a little Q&A, Jacksepticeye went to the "Meet and Greet" place, and we followed him. When we went in, there was a massive line going around the hole edge of the hall to see him. My Mother side no, and that we are not going to wait that long, (even though we waited longer to see PewDiePie on his book tour :/) and we walked out. The people there closed the door, and no one was aloud in anymore. I was heart broken - it felt like my bones just gave up. Although I didn't cry, I wanted to. I had just waisted £44 on...Well, nothing. My Mother took me back into the Middle hall, where we both got another little snack. She looked like she was going to cry. She felt so guilty, and bad. I asked her if we could see him go, and she said yes. So after we finished our snack, we went back to the shut, or kind of shut, doors and waited. There was a small ground, around 3-8 people there also waiting. After some time, he came out, and God, he really walks fast. But as he came out, I got a high-five from him. So much better than nothing, but to think I had the chance to give him a hug, have a chat with him, and even a photo? I tares me apart to know all of that was behind a metal door.