Uh, sweetie, it's me the old River, the one that made Echo and stuff x)

It's fine ^^, let's get started on Characters, could the Stable boy be the dominant one?

Sure, I'll be the prince then


Bennett is an orphan, and has been since a young child, but he survives on his own. His life long goal is to figure out who or what killed his parents and defeat it. He is strong, strong-willed, courageous, handsome), and just something about him makes animals love him. He has worked in the stables pretty much for as long as he could remember, but he always hid in the shadows, as he was a shy kid. Either way, he was never really noticed by anyone of the upper class. In the more recent years he has begun to blossom and reach out, befriending many of the villagers and common folk. He is known to tell great stories and entertain at the local pub, as well as cause mischief, landing him in trouble with his direct master (who works for someone else who works for someone else (and then four more people in between) who works (directly) for the royal family. 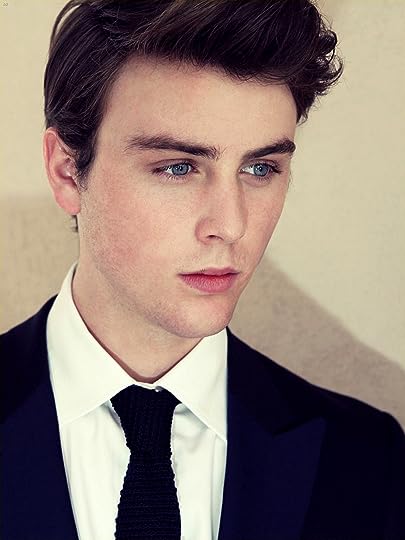 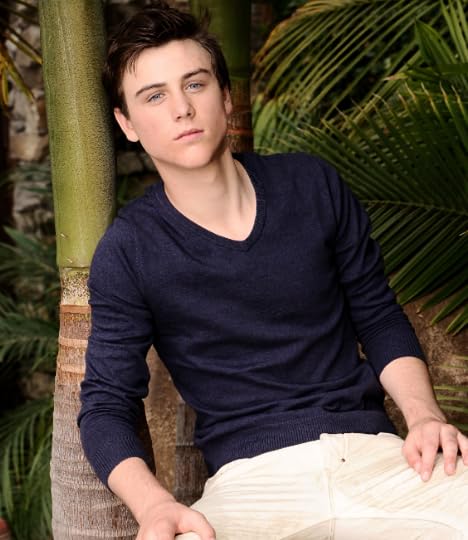 • Personality • TBRPD, all that is known is that the Prince is super submissive
• History • TBRPD
• Sexuality • Homosexual - Openly one
• Crush • The Stable Boy

((Do you want to do this in medieval times or like a modern medieval hybrid or what?))

The Prince was walking to the stables, wanting to ride on of the royal horses that were there, he sighed and walked across the meadow that laid behind the stables.

reply | flag *
message 17: by [deleted user] (new)
Dec 08, 2015 01:13PM
The Stall Master shouted that the Prince was coming to ride when he saw The Prince approaching in the distance. One of the men prepares the horse, but it's never Bennett. As the only teenager and one of the stronger men, he's stuck with the arduous task of cleaning up the horse shit.

Bennett continues with his job in the back of the stable. He has seen the Prince, but never has he talked to or even had eye contact with him. He kind of hopes that this remains this way, for he is not too fond of the royalty, although he is respectful of them. The horses start to whiney and stamp their feet in fear when they see the large feline. The only one that remains calm is The Prince's beautiful stallion.

" This is why I choose Charming as my horse, for he is not afraid of anything," The Prince says loudly to the others who spoke to him more then the stable boy did, he walked over to his horse and began petting the stallion gently.

(( Mountian Lions are referred as Lion cats, so I'd say a mountain lion))

Bennett rolls his eyes and seriously considers flinging shit at the Prince. But no, he'd definitely be jailed and probably be killed for that kind of behavior. He finishes his jobs and wipes his hands on a dirty old rag.

" Just because you don't talk to me, doesn't mean I can't read facial expressions," The Prince says as he looked over at the stable boy, he smiled widely at the stable boy before then returning to pet the horse.

" Please, call me Luke or Lucas, the term Prince sickens me," Lucas says as he comes over to the stable boy, he hopped over a rather wet area of hay, and guessed that one of the horses peed there, he smiled at the stable boy.

reply | flag *
message 25: by [deleted user] (new)
Dec 08, 2015 02:46PM
Bennett moves the wet hay away with his hand. He doesn't care that it's horse piss. He doesn't feel comfortable calling the Prince by his first name, so he doesn't say anything at all.

" How in the hell are you even keeping this job!" Lucas yells stepping away from the stable boy, " where is the owner of this stable!" Lucas demanded, the lion beside him growled and roared loudly.

reply | flag *
message 27: by [deleted user] (new)
Dec 08, 2015 02:56PM
Bennett doesn't even flinch. He doesn't care. The Stall Master runs up and starts bowing and apologizing profusely. He knows that Bennett is here because he does a great job, even though he is definitely not the warmest person. However, the Stall Master wouldn't dare tell the Prince that.

reply | flag *
message 29: by [deleted user] (new)
Dec 08, 2015 03:00PM
The Stall Master holds his large stomach and nods, cowering away. Bennett rolls his eyes. He's not an idiot- of course he knows how to use the tools he's given. The Prince is such a spoiled brat.

" I don't feel like riding any more, and if you let that boy near my horse, you'll be getting it personally from me," The Prince growled.

The Prince grabbed Bennett by his collar, he brought him close, " Keep him away from my horse as well, find some one else to care for him," The Prince says to the stall master as he let the stable boy go, he couldn't believe what he just did.

reply | flag *
message 33: by [deleted user] (new)
Dec 08, 2015 04:30PM
Bennett has to clench his fists to keep from hitting The Prince. He stands against the wooden wall quietly and grits his teeth.

The Prince walked backwards in fear, afraid of what he literally just did, he apologized and then ran away, not wanting to ride his horse anymore, the Mountian lion growled and then roared at the man and then the boy before chasing after its friend,

reply | flag *
message 35: by [deleted user] (new)
Dec 08, 2015 06:22PM
The Stall Master runs away in cowardly fear, but Bennett does not move. Nothing scares him, and a lion isn't going to be the first thing that does. He rolls his eyes and goes right back to work.

The Prince just didn't care, he ran into the forest, he didn't know what he did or why he did it.

reply | flag *
message 39: by [deleted user] (new)
Dec 08, 2015 06:49PM
The Stall Master comes back in and yells at Bennett. He gets disciplined and told to go home- The Stall Master just can't deal with his shit anymore today.

The Prince instead runs into town, where he then headed to the pub.

Lucas was kindly greeted by everyone, but he went by the name Alexander when he was they're, everyone knew him well by that name and he had gotten a title of: The Best Alcohol Drinker Ever Known, only because he can drink over ten alcoholic beverages and not get drunk.

Lucas had changed into different clothing, he now looked like some dirty peasant, he messed up his hair and used an eyepatch to cover up one eye, he also wore classes.

Lucas, or Alexander, smiled softly, " Seems like I'm not the only one who's well known around here," Alexander says to Bennett, in a accent of course.