History: she was left alone as a small dragonet and had to fend for herself. She has the ability to turn into a human. She felt the loneliness and heartbreak early in her life and never wants anyone else to feel that too.

Powers (if any, max is 2, they have to balance each other): mind reading/control, freeze time

Other: young for a dragon

Calypso is unpredictable and violent. She is about as diplomatic as a charging rhinoceros (yes that is a Wings of Fire reference) and prefers torching first, asking questions later. Calypso hates most other creatures and often goes looking for a fight.
Calypso is hiding her insecurity. She is alone and it affects her greatly. If she could ever find someone to connect to, she would be able to calm down, but having been on her own for so long means she has no way of controlling her rash actions. She is clever and smart, tactical if it comes to it, but frontal assaults are her specialty. 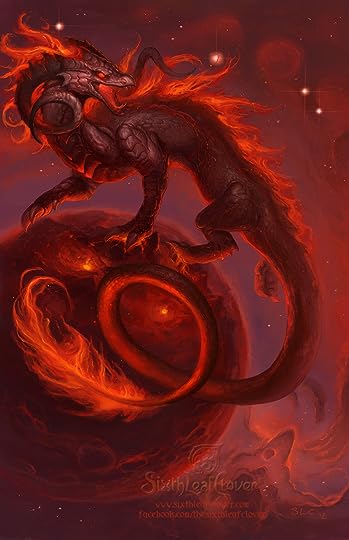 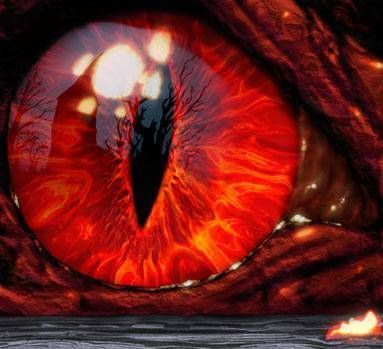 Calypso was abandoned by her parents in the middle of nowhere and her violent tendencies got her banished from dragon territories.

Can breathe fire and has camouflage scales

Maybe she meets another female dragon that has befriended a human male and all three become friends.

Lol it's what they called Tsunami.

Name:Andrax the Vast also known as Andrax the Bloody
Species:Ancient Dragon, specific subspecies is unknown
Age: old, very old (he was old when Arimoriia was just starting)
Gender:male
Rank:Ancestor
Personality: in a word? Passionate. not that you could tell from one conversation. his passion is the kind that burns low at first but can turn into a roaring inferno in no time. he is very loyal to those that are loyal to him, especially to his blood-kin. once had a bit of a temper, although time and family eventually cooled him down. now he appears mellow most of the time, giving out advice when need be, but he can still grow passionate.....especially when pretty maidens sing to him!
Appearance: due to his age, his once sparkling black scales have lost their luster and have turned a sort of grey color. his massive wings, was so awe inspiring that people would drop down and worship him simply seeing them in the light, have become worn from his Great Sleep, they now sport several holes in them that make it impossible for him to fly as he once did. his claws, once so sharp they could cleave stone, have become dull and cracked. his great teeth, once so white and sparkling that prey would beg to be eaten, have yellowed with time. though only part that hasn't changed are his bright green eyes that burn with an intense passion that puts many a being to shame.
History:long ago, before Airmoriia, Andrax was king. of course such a word didn't exist back then but everyone knew he was the one in charge. even at a young age he was always larger than those his age which eventually won him the name Andrax the Vast. he eventually found a mate and had a family. around that time Airmoriia was officially founded and he and his family moved their and were welcomed with open arms. Andrax helped Airmoriia out, often giving wise counsel and making sure cooler heads prevailed. then one day he came to his cave to discover his mate had been killed. in a blood-rage he tracked down her killers and slaughtered them all, he spared none not even the children, and earned his second name, Andrax the Bloody. eventually he left Airmoriia and settled down in a new cave, where he started his Great Sleep. he missed the sinking of Airmoriia and many other events, waking only for brief periods. he has recently woken up due to the ceaseless annoyance named Adrian Magus, a Half-Blood who is quite obviously of his line.
Family: many, many blood-kin. latest descendant named Adrian Magus, a Half-Blood.
Crush/Mate/Date:
Mate-Sheria the Beautiful-deceased
Children:(he has had many children, more grandchildren, and so on and so forth (that's why he is called the Ancestor, in fact most Half-Bloods and Dragon can claim kinship to him. it easy to tell due to their intense passions, which often get them into a great deal of trouble)
Powers (if any, max is 2, they have to balance each other):power over blood.
Likes:reading, sleeping, eating, pretty maidens singing beautiful songs to him.
Dislikes:people who try and kill him, rude knights who wear armor while doing so (hard to get that much metal out of your teeth)
Other:

Mod
Wow that's so cool! Looks like you've spent a lot of time on him

Name: Altor
Species: Dragon.
Age: 589 in human years. (12 years in dragon.... A guy in his 40s)
Gender: Male.
Rank: Ancestor.
Personality: a jerk, dark and he's only kind to others but his own son.
Appearance: https://www.google.com/imgres?imgurl=...
History: He doesn't tell anyone and the last person he told died.
Family: His son.
Crush/Mate/Date: No one he's last mate died.
Children: Son: Edward James Stevens.
Powers: Ice.
Likes: flying, fighting, having his way in anything.
Dislikes: his son, having to wait, fire dragons.
Other: He's a good role model.....sometimes.

reply | flag *
message 13: by [deleted user] (new)
Jan 20, 2016 03:41PM
Name: Starwatcher
Species: Dragon
Age: 45
Gender: female
Rank: Second in command (yes I got the ranking approved)
Personality: Friendly and smart, very diplomatic. Knows where her loyalties lie. She is a devout and loyal follower of the rulers, but would be a fine leader too. She has nothing against the kingdom. She has trouble deciding weather to fight or not. But if you get her mad, stay out of her sight (unless you are higher ranking).
Appearance: 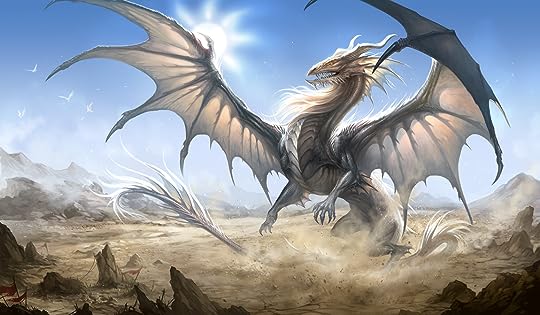 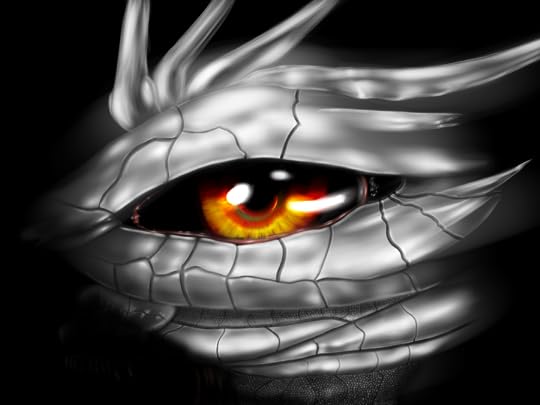 History: Grew up to be always second best.
Family:
Parents- Shootingstar, sun spot
Crush/Mate/Date: Open
Children: none yet
Powers (if any, max is 2, they have to balance each other): Power over light, she can send out blinding beams of heat/light, (blends in with clouds)
Likes: Flying, reading, drawing, hunting
Dislikes: Anyone who threatens the leader/Amoriia, anyone who has bloodlust.
Other: none

Mod
Your not sorry

Mod
Your faking it :|