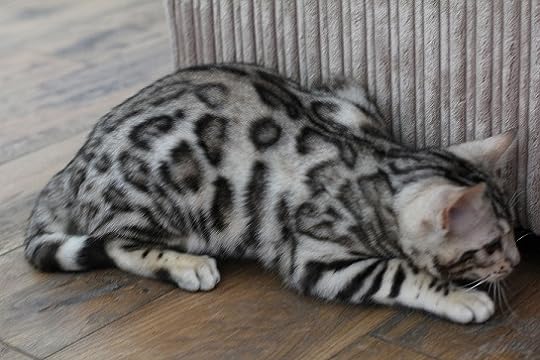 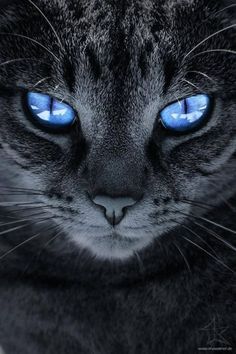 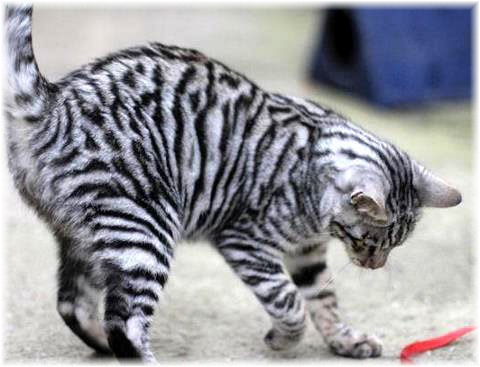 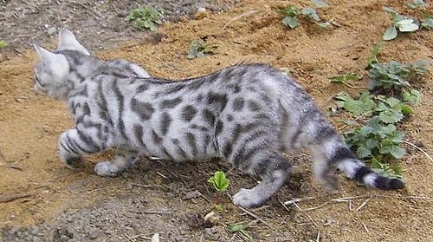 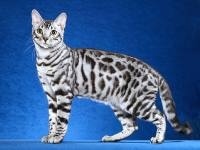 Personality~ Winterspell is bright, warm, and opens up easily to others. She is a nurturing cat and puts others, even strangers before her. She makes sure everyone is safe before taking care of herself. Winterspell likes talking things out peacefully.

Likes: taking care of others and making sure they are okay
Dislikes: when others pretend to be someone they are not

Crush: None
Mate: None
Kits: None

Mod
What is your Personality ?

Winterspell ~ Not Accepted Yet

Mod
Spiritfire wrote: "What is your Personality ?

Personality~ Briarstar is a beautiful black cat with white spots. She is the 2nd leader of LightClan. Lightstar was her father and mentor and told her she would be the warmest, loveliest, and friendliest cats of all the Clans. For a time she wasn't after her father and mother died when a monster ran over both of them. Lightstar never recovered. As deputy, Briar-rose was to take over as leader but refused for three moons. A dream of Lightstar rose spirits enough to become leader.

Other: Wishes to have a mate and kits

Breed: Singapura
Pelt: Grey and White
Eyes: Her orbs are a dark blue with a hint of gold around the edges.
Appearance: http://www.cat-world.com.au/images/si...

Personality: This female is a very calm cat. She likes to make peace instead of disturbing it. Skyflicker is very patient even with the grumpiest elders and the most worrisome queen.

Likes: Friends and people who will accept her for who she is. Dislikes: Hatred, slyness, and evil that disrupts the clans.

Family: Aldersmoke is her brother Iceclan and her mother and father are Brightberry and Fallingcloud.
Crush: No
Mate: No
Kits: No

Mod
UC
(view spoiler)[ (view spoiler)[Please do NOT claim this template or character as you own. I have put my own time into making this, so (hide spoiler)] please don't use any content or take anything from my work.

《Personality》
➟ Crystalheart can sometimes be shy, but is always sweet. Crystalheart is the kind of cat who has a really strong will and doesn't quit till she got what she wanted. She's very ambitious, but will not do something against the code to reach what she wants. She's very patient and doesn't back down from a problem or challenge, even if it seems impossible for her to win, but will never use her Clan for the wrong things, such as battles over nothing. She's very optimistic on the outside and thinks things through before acting. Crystalheart is very loyal and puts others from her Clan before herself. The Clan's health is really important to her. When there's a battle to be fought you'll find her fighting for her Clan, doesn't matter if it's against another Clan or against sickness. This she-cat is confident of everything she does on the outside always remains strong towards others. Although she can sometimes shy around Toms, she normally gets around it. Crystalheart likes training others and herself, solving riddles such as prophecies and playing with kits. Even though her past can get in the way, she doesn't let it stop her. 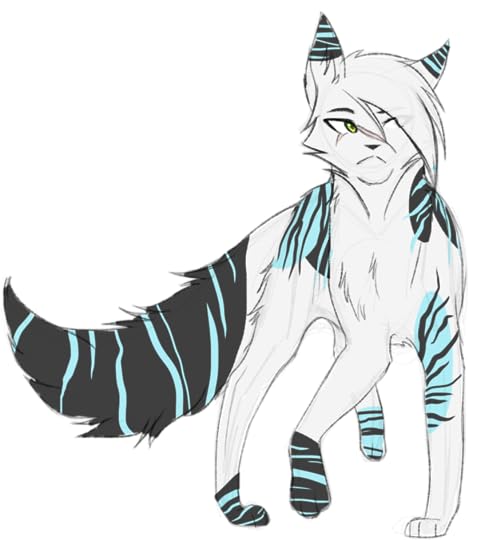 《History》
➟ Crystalheart wasn't normally called that, she was normally called Ryde because she was a Kittypet who suffered animal abuse. After finally running away, she became a Loner who learnt how to fight. Ryde found the Clans, but not on her own. A tom called Far

(changed it to warrior)

Personality~
Super sweet and easy to get along with. Her friendly ness towards other clans is usually very helpful in the event feather clan needs to ask another clan of something.

Likes: Almost everything.
Dislikes: Disrespect and not following clan laws

Family: I was wondering if she could be related to a cat from each clan? If possible, id want them all to be deputies if the current detritus are ok with that.

Crush: Another male deputy from other clan (not known yet)
Mate:
Kits:

Namiclaw ~ Accepted
-Change name please to a a warrior name


Nami
~ Not Accepted
-Change name please to a a warrior name"

Mod
Nami is not a warrior name. Sorry. Maybe change to something else that starts with an N.

The Manga Warrior wrote: "Nami is not a warrior name. Sorry. Maybe change to something else that starts with an N."

How is Nami not a warrior name.

Mod
You need, for one, another part of it, and number 2, you need one that is about the wild.

Im not trying to be rude or anything, but I would have appreciated that the name creation be more detailed.

Bluestar's name had nothing to do with Thunderclan.

I'd like Nami to remain because I think it is incredible unique. If I must, I'd want to add Namiwar or Namistar or Namiclaw

Mod
Okay. Can you please do Namiclaw? 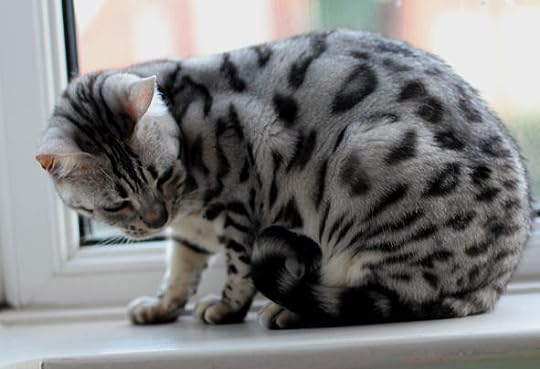 personality: echowhisper is a quiet cat who rarely stands in anyone's way, always echoing others, like her name suggests. this is partly due to the death of her mate and kits. echo whisper tries to be optimistic in all that she does, but the sorrow of losing three kits and her mate has left permanent scars on her heart. she lets that sadness show through at times, but mostly she is just a soft-spoken and gentle queen who tries to help her clan as much as possible.

likes: being able to think and having an intellectual conversation.
dislikes: losing things and death.

{echowhisper was born in a litter of three; however, none of her siblings survived during the kitting}

other: could be winterspell's twin; however, the two are not related. they are often mistaken for each other, however.

Mod
Echowhisper ~ Accepted
-Is it just Whisperkit that is dead or all the kits? 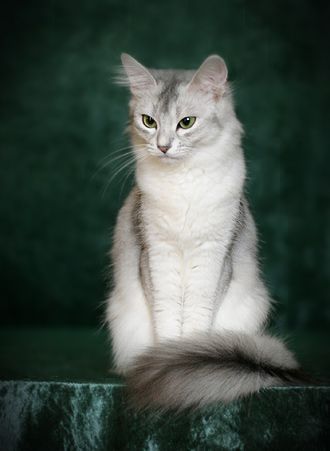 Personality/History- Missingspirit is known for her kindness and fairness throughout the clan. She is not afraid to get firm and stern when needed, but is always there for you when you need her. She is a great trainer and never shied away from a challenge.
She was given her name after an accident when she was younger. When she was in the nursery, her mother neglected to watch her as closely as she should've. Missingspirit slipped and fell, getting her paw stuck under a huge and heavy rock. She lost her paw in the process. Therefor her parents changed her name to Missingkit. She became an unhappy cat and was made warrior during the time of her depression-like state, thus recieving the name Missingspirit.

☺ Leading
☺ Being Helpful
☺ A Challenge
☺ Kits

Family: all have passed away. She was an only kit.

Crush- open
Mate: Not yet
Kits: hopefully in the future

The Manga Warrior wrote: "
Echowhisper
~ Accepted
-Is it just Whisperkit that is dead or all the kits?" 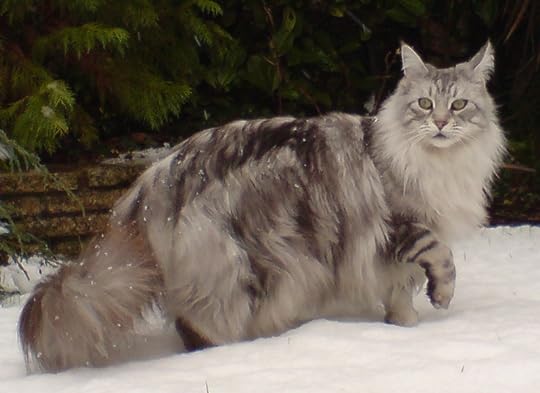 Personality/History- Roughwater is a somewhat hard, stern, unsympathetic cat unless you put him with kits. It is then that many witness a different, softer side of him that is rarely uncovered. He is merciless in battle and enjoys fighting. He is looking forward to taking on his first apprentice and many question why he has never had any sooner. Here's why...
In truth, Roughwater was uncertain wether or not he could be responsible for such a young life and still be able to teach them anything. He cares for the young members of the clan, even if he dosen't always make that clear. Now, after watching how the other mentors do it and building up his confidence a bit, he is ready to take on an apprentice and is eager to do so. 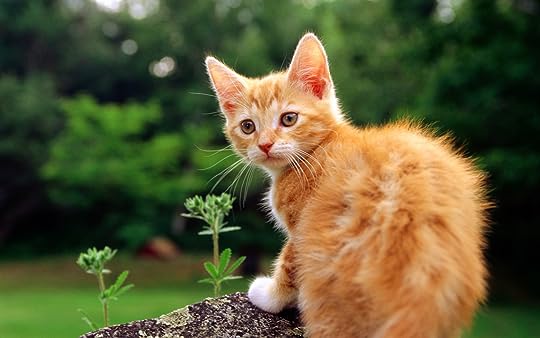 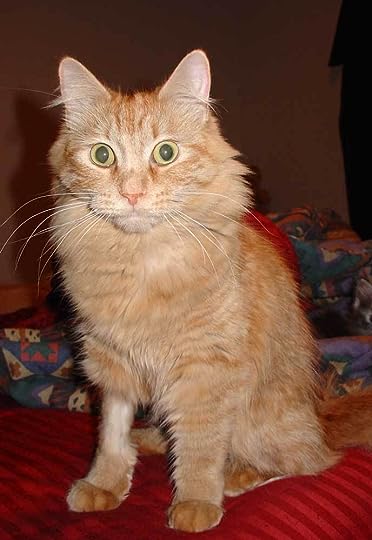 Personality:
Beneath the tough cat, Flameclaw is very nice. He is loyal to his clan, and will stay with them. That doesn't mean he doesn't like the other clans. He was a few friends in them.

Ok. But not right now my sis is about to take computer. :( 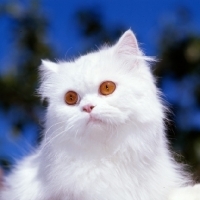 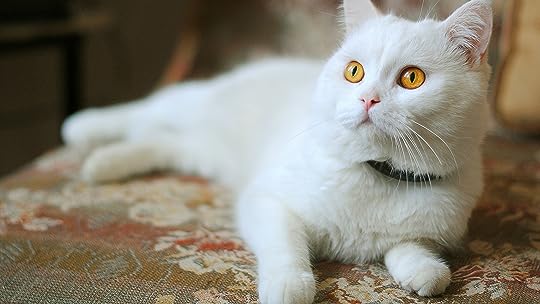 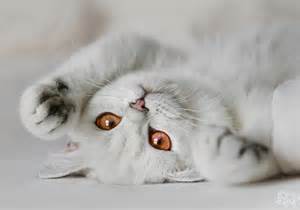 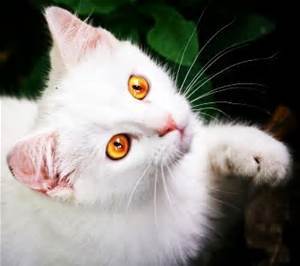 Current Apprentice: None
Trained Apprentice(s): None
Former Mentor: Has a current mentor that is RoughWater

Personality~ FirePaw is very fiery in personality but he loves to hunt and he loves making friends. He is outgoing, but unlike his siblings he loves to spend time swimming or doing odd things.

Likes: Swimming, odd things, his siblings, his mother, and his clan
Dislikes: his mother's death, his father, and other apprentices telling him what to do

Crush: Open
Mate: None
Kits: None

Other: Used to be cold hearted, got separated from siblings

Roughwater can take on his training if you like...

Mahlia~I Have Fallen Short In My Life, But Faith Has Always Brought Me Home~Edward M. Kennedy wrote: "Roughwater can take on his training if you like..."

Mahlia~I Have Fallen Short In My Life, But Faith Has Always Brought Me Home~Edward M. Kennedy wrote: "Sure!"

Mod
Okay. Roughwater can have Firepaw as an apprentice.

>>Likes Toms, kits, hunting, her fighting skill, and her brains
>>Dislikes Death, Vulnerability, Not being able to save her Clan in times of great need

Want to RP Midnightwater and Roughwater?

Mod
Sure. Which topic? 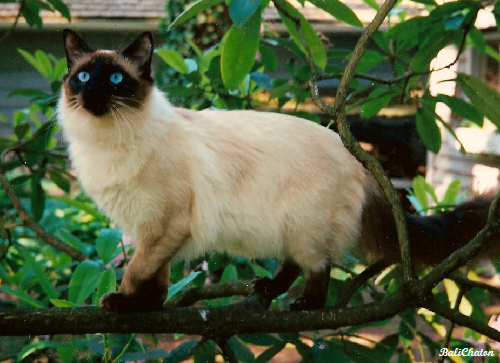 Current Apprentice: none
Trained Apprentice(s): none
Former Mentor: was a Kittypet

Personality~ Sweet and caring, Moonripple is always ready to help. She hates to be waited on, but since she is expecting, is learning to get used to it. She is kind and compassionate towards others and protective of others whom she loves. She has a bit of a trust issue, but other than that is a lovely young cat.

History- As a Kittypet, Moonripple was abused many a day. She and another male cat Loudin were mates that were taken in by this abusive family 6 moons back. When Moonripple found out she was expecting Loudin's kits, she decided to flee in hopes of giving them a better life than the one they would have if she stayed with the Twolegs. Loudin stayed behind because he was too afraid to leave.

Dislikes:
- trickery and deceit
- evildoers
- being responsible for other cats kits
- loneliness


Mate: Kittypet named Loudin
Kits: coming soon! There will be four so claim yours now! Post the gender you wish and the name and I'll add it to her profile. Once all four are claimed, they'll be all yours.

Mod
Moonripple ~ Not Accepted
-To be able to have kits, you need a mate

He's a Kittypet, do I need to create him?