Name: Shawn
Age: 13
Power/abilities: None
Weapons: None
Crush: No one
Relationship Status: Single
Sexuality: Straight
History: Shawn grew up in New Bark town and at the age of ten got his first Pokemon, a chikorita. He took well care of it and it has evolved into a bayleaf. His Eevee was his best friend and he was happy to see it evolve into an Espeon and since then he's been using Psychic type Pokemon.
Appearance: 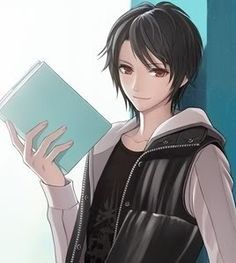 Now for Sonic to crash the party

Your turn to post before he crashes the party

Name: Flame
Age: 13
Power/abilities: can fire pokemon attacks from his hand (Shadow ball, flash cannon, bullet seed, teleport) and an new ability called 'attack swap' which makes him stronger the more injured he gets
Weapons: a big stick that also works as a taser
Crush: open
Relationship Status: single
Sexuality: straight
History: was born with the power to use pokemon attacks and use a pokemon ability, so evil people started hunting him, he took his first Pokemon and went to travel until he got here
Appearance: red eyes and brown hair, blue shirt and black sweatpants, black shoes and a scar on his cheek
Extra:
Flame's Pokemon - Typhlosion, Buizel, Grovyle, Fletchinder, Electabuzz (with everstone), Cobalion (Who went along willingly)
What are they from: Pokemon