{"Well starting now, I'm learning fast/ On this journey to the past"}
~/Elizabeth Stacia Mchunu Harper/~ 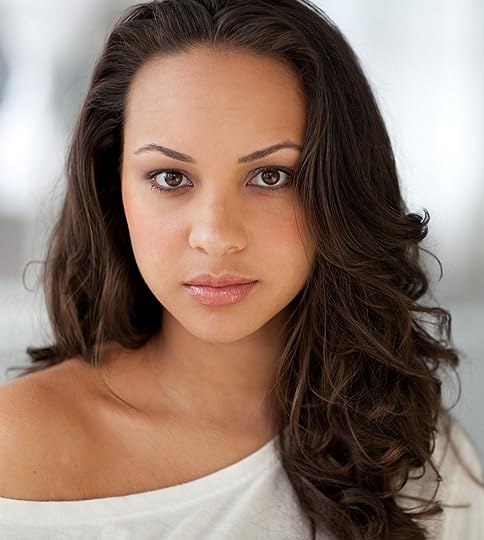 personality, Elizabeth is the youngest of the great-granddaughters of Maria Nikolaevna, and thus linked strongly to the fairy-tale universe. She is the mischievous one, but her personality has changed a bit as she's grown up. Her older cousins-once-removed, such as Marie, were sent to more refined schools, but her great-aunt Nathalie, the family matriarch, has decided that only St. Catherine's would be good for containing her restless spirit.

Positive Traits: Adventurous, Charismatic, not a perfectionist, social
Negative Traits: disorganized, sometimes a bit bratty
Fears: getting into trouble, having no friends

Weapons: Bow and Arrow mostly but knows how to use many weapons

Background: (opt) a descendant of Khublai Khan and of the original Shahrzad

did u accept mine?

Sorry. All are approved.

Background: Orphaned at 6. Went to abusive orphanage where she met Connor and Cody who taught her how to fight and fend for herself. The orphanage was raided and shut down three years later when words got out that they were abusing kids. Connor, Cody, and Arian ran away and joined a guild that took them in because they knew the kids had potential and intended to use them. The three were trained until they come of age, and went on a mission. Cody went missing, Connor was killed, and Arian survived but was brought to this academy so the guild can't find her (she wants nothing to do with them as she thought it was all their fault that the three of them are separated). She never stops looking for Cody.

Can Rain be Elizabeth's roomate?

Weapons: Mostly works with magic. Sword and throwing knives, plus an ax

Background: Her mother died when Aron was born. Eve found out her mother was a witch after her death. Making her and her brother, with magic in their blood

Personality: Hard working. Serious. Fun to be around. Sarcastic.

Personality: *Loose Tongue;Sarcastic
*Pretentious
*Notorious
*Stubborn
*Overprotective on what is hers

Now that you've created characters, enter the school through the entrance hall. RP doesn't have to be with someone in real time.

Background: (opt) descended from the old Georgian royal line (that's the country, not the state)

{Description Personality:}
Xavier is very cocky. He is blunt and witty. Not afraid to speak his mind. His past students usually find him humorous with strange ideas. Xavier has many crazy ideas and usually talks to himself when he thinks through things. He is very humorous when he doesn't even try.

{Weaknesses:}
-Death Of Loved Ones

{Manners:} He Is Well Disciplined But Very Cocky

~-~-~-~{History}~-~-~-~
Xavier's family had died in a car accident when he was the age of 12. He was sent to live with his abusive uncle who would often get drunk and assault Xavief in a drunken rage. At 15, Xavier fought back but this only led to his uncle grabbing his shotgun. Xavier ran away, taking all the cash he could find. He bought a ticket to Japan where his father originated to find his other relatives. Once he had discovered his other relatives, he had been trained in material arts and battle stradegy. He soon decided to become a teacher in mathematics and a tutor in martial arts for younger kids.

Background: he parents died when she was 6, her older sister, heir to the throne acted like a mother to Grace. She loves her sister

If it's warrior princess academy, do we have a separate RP thread for a guy thing?

no. Only one person asked for a male character and I made him a teacher.

appearance: Tomoe is small and slight (about five feet tall), but surprisingly strong. She has long dark hair she ties up in a bun or braid. She's pale and has brown eyes.

Weapon(s): Her main weapons are the Naginata (polearm) and the Wakizashi and Katana (short and long sword) combination (daisho), but she is also comfortable with daggers, throwing stars, and archery.

Ancestry: distantly related to the Japanese imperial family; of the samurai class

Background: Tomoe's parents are Olympic-level martial arts instructors who teach karate and kendo. She grew up in Osaka, and attended schools with excellent grades. However, two years ago, her grandmother, who taught her sword combat and took care of her while her busy parents were at work, was killed by unknown assassins, and she wants to attend the academy to learn how to track down her grandmother's killers.

personality: talkative, sassy, slightly pessimistic, and a taskmaster. She's a hard worker and is often studying or practicing combat.

wait, do we have to list our characters' magical abilities or what?

LilyCat wrote: "wait, do we have to list our characters' magical abilities or what?"

optional. it comes out in the RPs I suppose.

Background: Venia likes to stay quiet about her past.

personality: She is a fun loving girl who is also very curious. Her saying is; "Curiosity killed the cat and I'm the curiosity."

Approved (By the way it's deceased not diseased). There is only one space left in a dorm, so I will put you with Arian, Eve and Shahrzad. To start RP, have your character enter through the "Entrance hall" thread and give them a schedule at the "create your schedule here" thread. If you look into the "people/announcements" folder, there should also be sign-ups for the school play and chorus as well as kitchen helpers.

Sweet thanks and sorry auto correct

If you were accepting messages, I would send you this, but I noticed we only have 1 book in common and it was a book I shelved as never-to-read basically, so I am unsure if friend-ing would be worth our while. Also, would you be interested in reading a book about the Romanovs that's historically accurate? (Not a fantasy or romance one)

In all honesty I love reading so yeah I would be

Have her enter through the entrance hall. She can sign up for kitchen jobs, chorus, and the school play in the "people/ announcements" folder.

what makes your character a warrior or a princess?

☾~☯ Invisible-You keep it on the inside because that's the safest place to hide ☾~☯ wrote: "Name: Venia Evens

appearance: http://images5.fanpop.com/image/photo......"
I will be putting you in Shahrzad's dorm 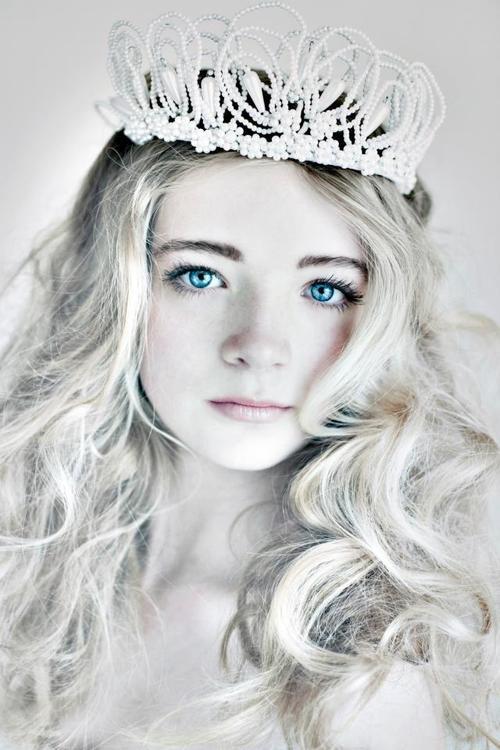 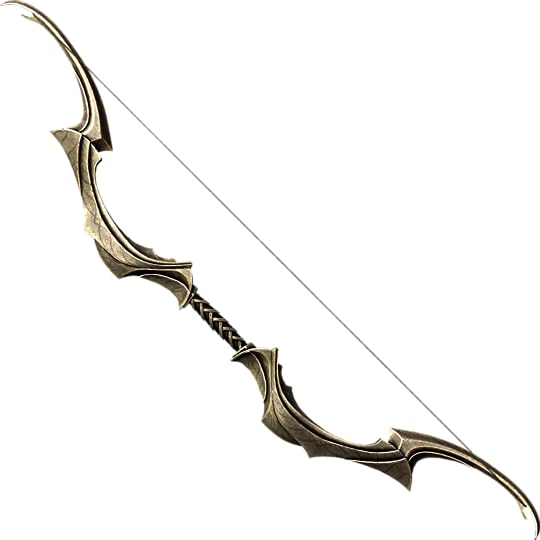 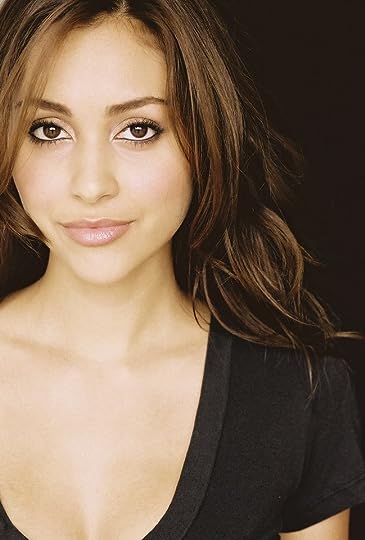 Strengths:(opt) Will see though RP

Weaknesses: (opt) Will see through RP

Background: (opt) Will see when in Rp

personality (opt) Will see in RP

approved.
@Meka: please list parents, be they alive or dead.
thanks :)

Raven's dorm is with Elizabeth, Rain and Tomoe
Once you fill out the parents part, Angelica's dorm will be with Shahrzad and Venia.


Personality: Rough around the edges, Clever and curious, never leaves without a fight.


Background: Likes to keep her past a secret.... 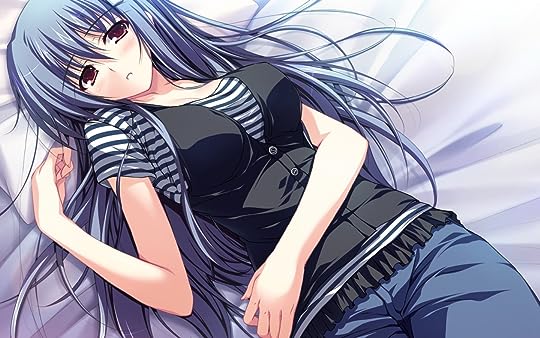