Muse A has been asked to join the Marine Corps, and of course he took the offer, since he has been wanting to join the Marine Corps for a while now, but something is holding him back, something he loves very much. Muse B, has been offered to have his book published, and has been told to fly to Florida for a month, but something has been holding him back, something he loves. Muse A and Muse B have been going out forever, ever since high school, and they love each other so much that they'd do anything for each other.

It's a week before they're wedding that they tell each other about the offers, and it turns out Muse A leaves just a week after they're wedding, so Muse A decided to make his stay in ( City, State ) the best for Muse B.

Yep, your muse A I'm Muse B 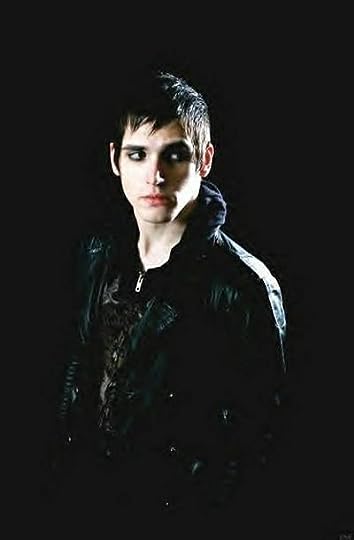 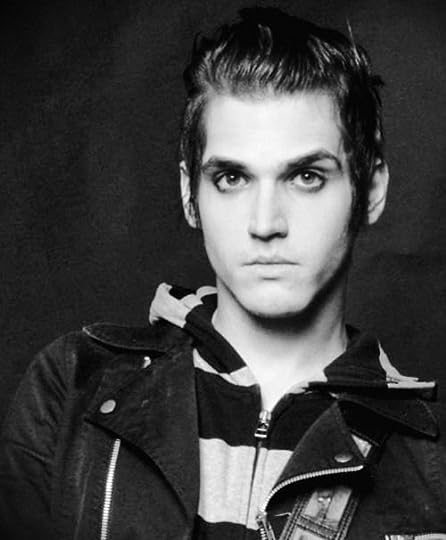 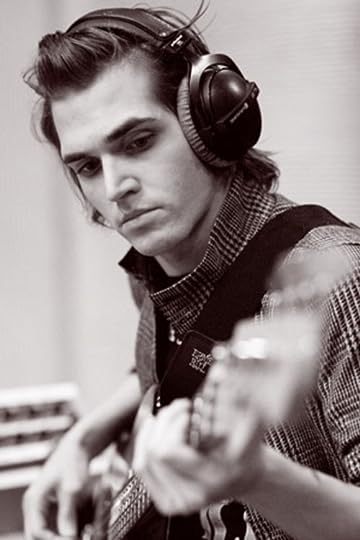 (view spoiler)[ © of Harper Will Wilcox , please do not steal, I put a lot of work into this template. (hide spoiler)]

** Personality Traits **
Submissive
Dark
Mysterious
Weird
Calm
Quiet
Artistic
Impossible
Nature Lover
Reader
Writer
Cute
^^ Summary of Traits ^^
Detroit is quite the man you know, always getting the babes, men to be exact, but what you don't know is his entire personality, so here I'll tell you all about Detroit:
Detroit is majorly submissive, he will allow his boyfriend do anything to him, always has and always will, he will never destroy his lovers dream, he doesn't have the heart to crush anyone's dream or anything. Detroit is dark and mysterious, now one knows anything about him, nothing, they know he's dating the most hottest man on the planet ( Detroit's words not mine ), and they know he's an author, but do they know the truth behind Detroit's deep, dark, drama laced books about teenagers and young adults? No. Weird and Calm does not fit with Detroit, but for some reason, he inhabits these traits, Detroit is also Quiet and Artistic, which totally fits with Detroit. Detroit is impossible to understand and is impossible to even deal with, it's amazing how his boyfriend deals with his outburst and obsessive writing. Detroit is also an nature lover, reader, and an writer, he is also labeled as cute by his boyfriend.

Detroit was born a small child, very small, smaller then the smallest baby on earth, living baby of course, now his baby hood was perfect, he was always fed, always bathed, always clothed and always had a roof over his head. Detroit was born in the southwest of Detroit, Michigan, near a small lake, which really belonged to his father who owns like half Detroit, well not half, I mean the estate is pretty big, but it's not overly big. Detroit's father is and always was an homosexual, so when given they're baby, Detroits two dads took him to live on they're estate, they're very large estate. Detroits mother is totally unknown, only because she was an donor, and the men didn't want to talk to her dude to the fact that she was against homosexuals.

Growing up on such a large estate, Detroit was forced to leaner things he didn't want to learn about, and he was forced fm join a boarding school, now he loved his boarding school, until he reached the special ripe age of eleven, where he told his fathers that he wanted to be put into public school. His fathers' allowed him to choose where to go, now people say he and his boyfriend met in high school, and he may say it himself, but everyone knows he had met his true love in elementary school, he just forgot because he had been pulled out for a few years because his fathers did not want to keep they're genius son in a stupid school for so long. So once in high school, he was allowed to go back to public school, where he met his boyfriend.

So once in high school, he was allowed to go back to public school, where he met his boyfriend, he loved this time in his life, where he could meet different guys and different girls, different people from different stereotypes, and other cliques. Detroit grew up to be a very special guy, as he gre up to be such a nerdy dude, he also grew to be very athletic, it's odd yes I know, but still, at least he has a buff boyfriend who loves him all the same, and now they're about to get married.

Do they live with each other?

(( Fluff is a boy by the way, and he can be roleplayed by both of us when needed ))

It was 4 o’clock in the morning and Elijah had already climbed out of bed to do what he normally does in the morning. He was going to make Troy’s coffee and breakfast before they would have to get ready to pick up Elijah’s family from the Airport. This was a very important time in his life and since his family was in San Francisco they all needed plane tickets and a 3 week stay in hotels.

I am getting married in three weeks. He thought with a smile on face while he shredded cheddar cheese for the omelets he was going to make. He knew for a fact that his Fiancé loved when he cooked for him like this for him. It was when Fluff came in the kitchen that he knew that Troy was going to be ready shortly.

Elijah sighed looking down at the kitten trying to do whatever he could to avoid stepping on him. Time goes by so quickly. He thought as he plated the omelets and made the coffee exactly the way Troy likes it and also poured a nice cup of orange juice, making sure it was all set up in the dining room.

With that he walked with Fluff to the bedroom, “Morning Handsome, I have breakfast ready and made for you.” He said walking over to Troy’s side of the bed and sat on the edge. “I hope that you’re going to be awake soon.”

Detroit lay, sleeping, his face straight and his stomach rising and falling with eac breath, Fluff had been laying on his stomach until the bed tipped and Elijah had gotten up, Detroit stayed asleep due to his lack of sleep anyways, he was a deep sleeper and could not be bothers to be woken up by anyone or anything, he was always awake and since he was pushed into sleeping last night by his fiancé, he could not and would not be woken up.

Detroit could smell food as he slept, he didn't bother to wake up though, he knew his body had to sleep and get its rest, or other wise it would pass out from all the stress and problems he'd be dealing with if he was awake. His eyes closed tighter as his body threatened to awaken, he didn't allow and would not allow himself to be scolded by his fiancé.

Detroit felt the bed tip and he decided to wake up finally, groaning in hunger when he smelled the food, his stomach growled as he stretched in his sleep, his eyes opening to slits as he looked up at the ceiling. " I am awake," Detroit mumbled when he heard what Elijah had said, he carefully plucked his published book from Fluffs mouth and he set it down on his lap, when he sat up.

Elijah sighed listening to the love of his life’s voice. “Okay well I’ll give you time to get dressed I have to call and make sure my families reservations at the plaza are going to be set for the next few weeks.” He informed him as he walked out of the room to the kitchen cleaning up the mess that he made that way he wouldn’t have to worry about it.

Once everything was done he walked over to the dining room table and sat down waiting for Troy to come out of the bedroom that way he can eat breakfast.

Detroit stretched, he shooed Fluff away and he stood up, he went rummaging through Elijah's side of the dresser, like he always did every morning, he loved wearing his fiancé's clothes, even though they are too big on him. Detroit found a pair of sweatpants and a gray t-shirt, he smiled and went to the dining room table, where they always are they're breakfast together,

"I hope that you enjoy breakfast." Elijah said starting to pick up his glass of orange juice. He took a drink of it and looked over at Troy wondering if he was feeling okay since all last night he had been mumbling in his sleep.

" I'm pretty sure I'll enjoy it, I have for the entire year we've been together," Detroit says with a small smirk, he then leaned over and kissed Elijah on the cheek, happy he was with a guy like Elijah. Detroit stood up and he opened the fridge, where he bent over and began rummaging through the fridge, he then tried searching for his special soda he kept here. He hoped none of they're friends, or Elijah took it, he really liked that soda, and didn't want to have it gone, he had spent many days trying to get it when it was on sale.