newest »
message 1: by [deleted user] (new)
Nov 30, 2015 10:25AM
Hey! Okay, so I was wondering if you want to do a story similar to Bates Motel but not exactly the same. Like I was thinking about playing a girl best friend to whoever we make the main character. So when the mystery begins she doesn't suspect the character because they are fine around her.

I don't care either way, whatever you want do to, I will do the other one.

(hide spoiler)]
Pearsonality: McKenna is an adventurous girl. Surfing is the love of her life. You can often find her by the beach or riding around town in her green Jeep. She's expecting of everyone and a bit of a hopeless romantic. McKenna's style is very boho-chic and her blonde hair is almost always wavy from the water. 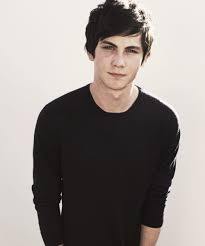 Charlie is a guy who nice to everyone. He love s animals, and people around him. He also has a dark side, that no one knows about, not even himself. He is very laid back, and quiet. Even though he is quiet he will talk to anyone who approaches him and befriend them

Charlie slammed the car door, as he walked up the steps to his new home. The smell of the salty ocean traveling through the breeze. He still could not believe his mother was making him move again. They had moved so many times he kept losing track. She always promised a new start or a new beginning, but something would always end up going wrong, that she would want another fresh start. He would always end up having to go with her, because she was all he had. In a sense it was the same for him because his mom was all he had. Charlie never was really good at making friends, or even had the chance. They never stayed anywhere to long for him to get involved in school or have a chance to make a long lasting friendship. Several people had said they would keep in touch, but those promises faded with time, and eventually they would stop talking because the distance was too much. Charlie wanted this time to be different. He wanted to be able to be involved in school and make his first real best friend, but with how his mother was, he did not see that happening at all in his the near future.

((I'm sorry I went mia. I always find time to roleplay and get really busy with school and things but I'm back. Would you like to continue this?))