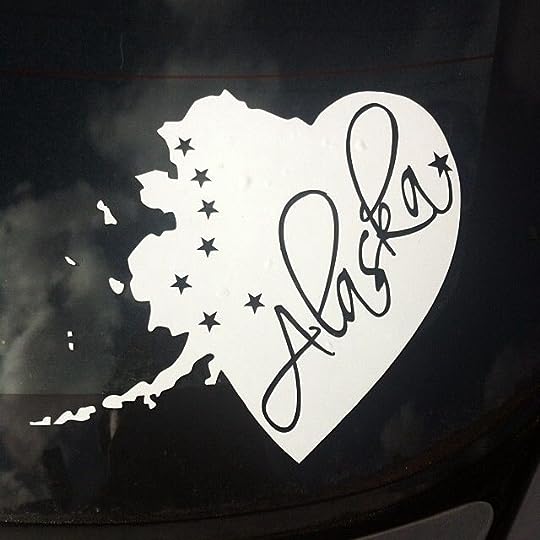 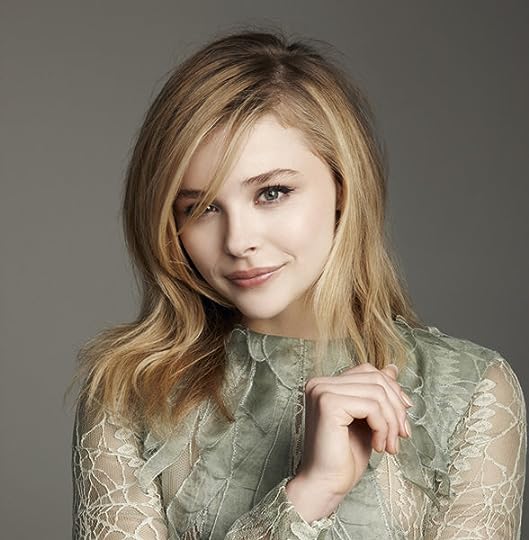 ♪ Standing at 1.63m, Alaska is your average teenager with dirty blonde hair and dark brown chocolate eyes. The girl is slim yet fit and often dresses casually to school with a plain t-shirt and her favourite light blue jacket. If it's a formal event, the girl does know how to dress up, alternating between the neutral and warm colours.

Personality
♪ Extrovert
(view spoiler)[She's loud all the time and literally smiles at everyone she meets, even someone who looks like he's about to beat someone up. She isn't afraid to make friends and can in fact make friends rather easily, her cheerful demeanour helping greatly in that factor. (hide spoiler)]
♪ Confident
(view spoiler)[Alaska isn't afraid to speak her mind and says what she deems should be said. She's girl who doesn't beat around the bush and gives 'uhm' every now and then when speaking. She believes that telling people the truth is a necessity, and Alaska herself doesn't like it when people try to hide things from her. (hide spoiler)]
♪ Fun
(view spoiler)[If you're Alaska's friend, be prepared to go on a never-ending roller coaster ride because she can really go for extremely crazy adventures every now and then {like pairing someone up and use whatever means she can to stalk them}, or -the other side of her-, she can also just relax in her bedroom alone, reading or catching up with her studies that she probably neglected because of her excitement to pair people up. (hide spoiler)]
♪ Cheeky
(view spoiler)[She's the daughter of Eros for a reason. No, it isn't like Eros was an extremely cheeky person but we all know that the dude always likes to do things according to his likes. That's how Alaska is and the only difference is that she does a ton of stuff to people for petty things. That comes from another personality of hers which is that she is petty and doesn't go by the phrase 'Live and let live.' Ever. (hide spoiler)]
♪ Loyal
(view spoiler)[She'll put her friends over anything else or anyone else - including herself, especially when they are in danger. Alaska is willing to sacrifice herself for them regardless of the situation and even if it is life threatening, she still remains loyal to her friends. And because of this, she hates people who are disloyal and people who betray others. (hide spoiler)]

History:
Alaska's mother was a single mother and single-handedly brought the girl up, which resulted in Alaska's personality. Her mother was only 20 years when she gave birth to Alaska and thus did not really know how to bring her daughter up the right way. Despite that, Alaska learnt morals through her school lessons and through the way the teachers teaches her, thus she isn't really such a bad kid. As she grew up, she felt a strong sense of reliance to those whom are close to her, like her mother and most of her classmates/friends. They were her anchor to the real world since she always liked to break rules and do things that aren't favourable. Hence it made her feel more loyal towards them, and she would willingly give up everything for them. As she was in the middle of high school, her mother suddenly broke the news to her that her dad {whom she had thought was deceased} was actually Eros. Of course, Alaska thought it was all a joke but, she realised that it wasn't when a group of monsters suddenly decided to attack her after school. She was captured and revealed the truth, but just at that instant, her powers awoken and she somehow made them look at each other as enemies, distracting them long enough for her to escape. Afterward, she quit school and wanted to protect her mum though she didn't really know how to use her powers. It was the right choice because they were constantly on the run and Alaska tried to do the same thing over and over again, until one day after she defeated an entire group of monsters, did a cupid (view spoiler)[one with real wings and all :p (hide spoiler)] come to her and told her about a school called 'Cupid Academy' where they could help the girl hone her powers faster. Driven with the will to protect her mother, she agreed to enrol and has been there ever since.

Powers:
♪ Love perspective manipulation
(view spoiler)[This is technically the 'bad' part of her powers, whereby it can be used to allow people in love to view each other in a different perspective, be it bad or good. It depends on Alaska and who she is casting the magic upon. (hide spoiler)]
♪ Match-making
(view spoiler)[Very self-explanatory, I know, but Alaska uses this to her advantage. She selectively match makes people to her liking, and not whether they are really truly compatible but just can't see it. She matches them sometimes to take revenge, but she doesn't really mean it. The girl can be mean sometimes, but deep inside she's actually extremely loyal. (hide spoiler)]

✘ Enclose, tight spaces. {claustrophobia}
✘ Swimming
✘ Math
✘ Friends. (view spoiler)[This is considered a weakness because when her loyalty kicks in, it potentially becomes her fatal flaw. But of course, its Alaska, you don't simply stop her from making friends (hide spoiler)]