Mod
The place where you post your Talented students that were approved by myself or another Mod.

I can't be outplayed no matter how hard you try. 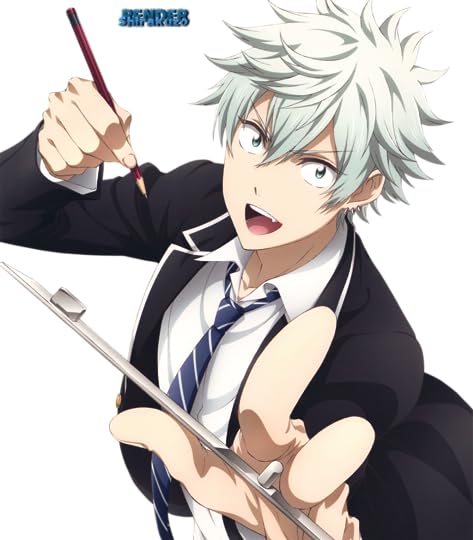 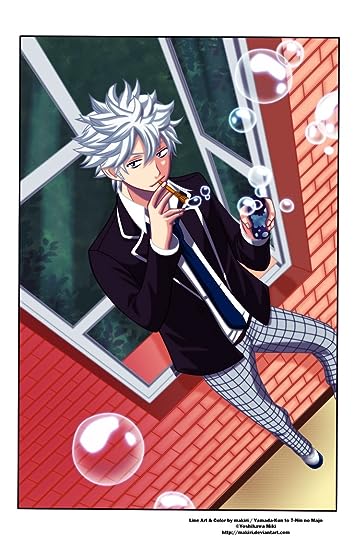 Full Physical Description:
Height~ 6, 2
Weight~ 163 lbs.
Hair: White, Spiked.
Eyes: Blue
Not too strong, but not weak at all. He is kind of muscled, and can be a force to be reckoned with. He also towers over most people.

Personality:
Ravi can be quite overconfident at most times, even if it comes to playing games. He's extremely intelligent, and has no troubles in his classes, he easily attains a gpa of over 4.0, and doesn't find it very challenging. He is also very attractive and is too confident in his social skills, making it very easy to talk to anyone he meets. Don't let his smarts fool you for thinking he's weak. He is also pretty strong, so don't underestimate him in any combat scenario. His brilliant mind also allows him to think through any troubling situation.

History:
Ravi was born and raised in Kyoto, Japan. He attended his first schooling there, from kindergarten to third grade. His parents always expected the best of him in school, so he always studied for hours and hours at a time. Sometimes he would start studying as soon as he got home until eleven at night. And this all paid off. For his whole life, he was a straight-A student. Always having a 4.0 gpa and above. As soon as he entered middle school, he was sent off to China to study abroad. Every school he went to, he was known as the tough kid who could solve anything. He was always in the AP classes everywhere he went, and always excelled at his studies. He was extremely popular, too. People always liked to be around him. Once he hit high school, however, he was sent to America to study abroad again. He stayed there for his freshman and sophomore years. Making many friends in high school, he never really cared about love interest. He saw them as pointless in high school. He got to visit his family twice a year though, and as soon as break was done, he was sent right back to America. It seemed that in America, he gained even more fame. No one expected a freshman to take all college course classes. But they were all sad to see him go junior year. He also had a great reputation with the teachers, and everyone was devastated. He came back home, officially for the first time in a few years. As a small treat, his parents allowed him to pick which school he wanted to go to. He picked a school that specializes in assassination teachings. His parents allowed him to go with no objection. So, he now lives in an apartment right outside the school, attending it as a new student.


People
Father: Ryota Kaeajima
Mother: Akiko Kaeajima
Sibling(s): None
Other: None
Pets: None

No one really bothers me. I like everyone here.

Friends: No specific ones, right now
Enemies: None

Talents / Gifted skills.
◆ His great mind.
◆ His ability to think his way out of anything.
◆ (Sharpens cards, and uses those as weapons sometimes.)
Strongest Subjects
◆ Sciences
◆ History
◆ World languages
Weakest Subjects
◆ Literature
◆ Math
◆

Huh? Where's my deck of cards?

Likes:
◆ Sleeping
◆ Playing video games
◆ Strategic games
◆ Studying
◆ Working out
Dislikes:
◆ Annoyances
◆ Disruptions in his studies
◆ When he is beat in a game
◆
◆

Home: Apartment not far from school
Roommate: (Anyone up for one)
Level of Student: Talented
Area Of Study Needs to work on math and literature
Assassination Preference. Laying out strategic traps, persuasion.

Strengths:
◆ His smarts
◆ Strength
◆ His ability to set out traps
◆ His throwing accuracy
◆
Weaknesses:
◆ his overconfidence
◆ A bit too social
◆ Underestimates most opponents.
◆
◆