THis is the BOM discussion for The Lewis man, which was nominated by Jac

Please be patient, the discussion might not go as fast as usual due to the holiday season. Enjoy!

Peter May's THE LEWIS MAN is the second book in the Lewis Island Trilogy set on the islands of Lewis and Harris, the largest in an archipelago of islands off the west coast of Scotland. The islands are made up of beautiful hilly terrain, machair (fertile grassy plains), and bogs and they stand proud, weathering the harsh north-sea winds and deep cold winters. The islanders are hardworking people and they make a living out of harvesting peat from the bogs. On one such day of hard work, the people digging in the bogs find a human body. It is initially thought to be thousands of years old because peat preserves bodies from decay, but when a modern tattoo is discovered on the arm, the police realise they have a murder investigation on their hands. DNA links the corpse to an old man, Tormod Macdonald, but Tormod, now suffering from dementia, is believed to have been an only child with no known relatives.

Fin Macleod, recently retired from the Lothian & Borders CID, following the death of his son Robbie in a hit-and-run accident and his subsequent divorce, has returned to his native island and his parents’ ruined croft. He involves himself in the investigation because Tormod’s daughter, Marsaili, was his first love, and he is indeed, as we soon guess, the father of her son, Fionnlagh.

And so we set on a long path of discovery into the past, following Fin Macleod in his investigation, with flashes of viewpoint into the childhood memories of Tormod. We learn of the dark history of the island's past in which Tormod and two other children cling together as orphans and support and carry each other through dark times. There are many touching scenes as they find love and courage to face the harshness of society around them. Tormod loves the islands and the seas and he hates the modern double glazing that now locks him away from the sounds of the winds and the seas that make him feel alive.

It is only nominally a crime novel in that the discovery of the body in the peat bogs sets the story going. It is more a beautifully written ode and a homage to these beautiful islands and the proud, hardy people who live on them. The language is atmospheric and nostalgic, weaving the islands' landscape and the characters' lives together into an inseparably immersed whole. Even when they leave the island, they carry the island as a part of themselves as Fin does, and it calls them back. The islanders understand each other instinctively in a way outsiders cannot and it is a place of healing for Fin who finds comfort there from the tragedy of his son's death and a deeper love with Marsaili and his long lost son by her.

There is a rare glimpse of humour in naming the book Lewis Man, but the characters we come to love suffer terribly through their lives and the book is full of pathos. It is only in the end that they find well deserved happiness and joy.

Follow this link to learn more of the islands and the books. (Note you have to scroll down and turn the 3 Scottish and BBC radio broadcasts that play simultaneously off first.)

This review is up on our blog:

Some Lewis island landscapes to go with it, because the landscapes are infused with the lives of the characters so deeply in the book. There are amazing descriptions that put you right in there in your mind as you read the book.

The pictures are not showing, some goodreads bug. See the blog for them:
http://mysteriesandcrimethrillers.blo...

I have a copy and hope to start it soon.

Anyone read this one? The Black House

Hi MsG. I skipped The Black House at first because this one is the most critically acclaimed book out of the three. They are standalone stories and reading the second is in no way a spoiler for the first. Strangely enough, in fact, this one should be the first because it is in here that you are introduced to Fin Macleod's childhood and learn much more of his early life and get to understand the character as a person better.

Also, a writer gets better at his craft as he writes. It is an old trick, but generally a writer's 3rd - 5th books are the best books because by then his craft has been fine tuned and he can write the story without spending too much effort on the literary devices. So it is not unusual for me to start with the writer's best work by skipping the early books. I highly recommend you try that too. 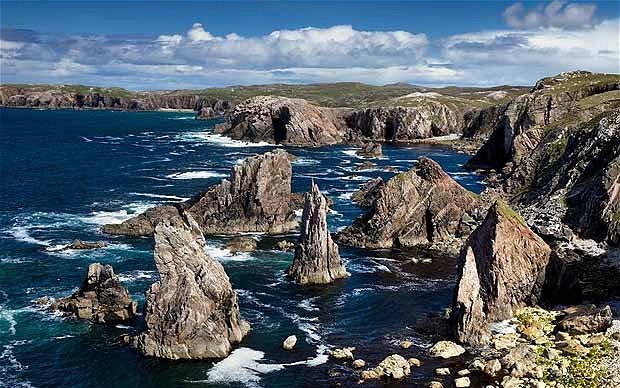 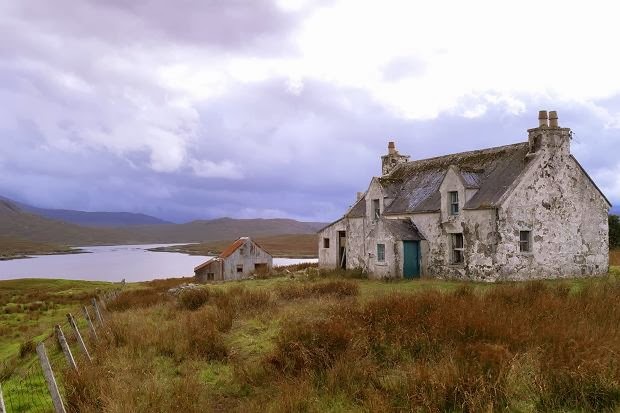 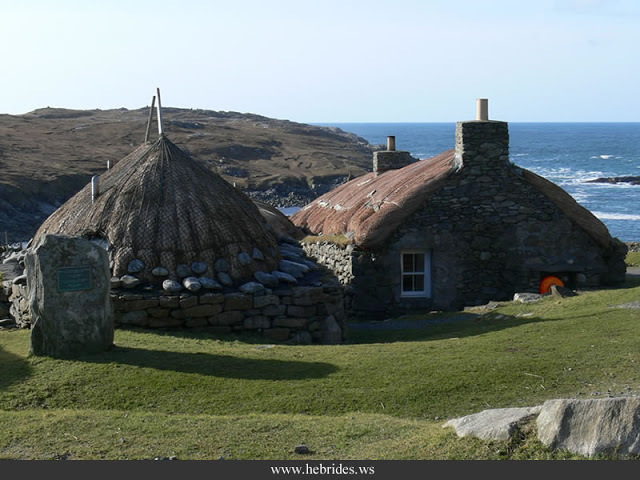 Janet wrote: "Hi MsG. I skipped The Black House at first because this one is the most critically acclaimed book out of the three. They are standalone stories and reading the second is in no way a spoiler for the..."

Thank you Janet. This helps if the 2nd one comes in first. 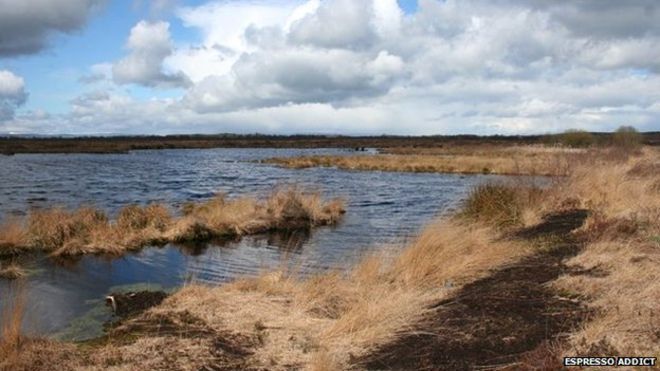 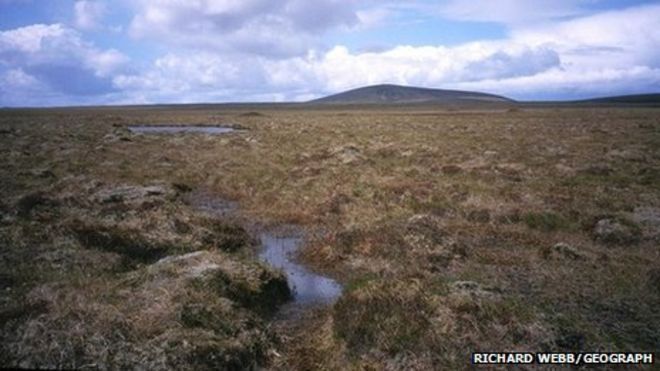 Yes, the mystery here is finding out who "The Lewis Man" is and the story of how he got to be there.

Peter May uses the mystery as a vehicle to get the cultural aspects of the Scottish Isles through to us, but it is so well written that you are never aware of it. You are simply following the story and learning about the culture while doing so.

Nice pictures and thank you. I liked the

Thanks, Georgia. I agree, all 3 of them are good in this series. I am now reading

in which the setting straddles between some similar Canadian isles in the present and the Scottish isles in the past. Very similar storylines.

gorgeous pictures. I'd love to visit the Scottish isles

They are lovely in the summer, Chava.

Is it necessary to read The Black House first?

I am finding it helpfull to have read the black house first.

Alex wrote: "Is it necessary to read The Black House first?"

Not for me. I read LEWIS MAN and several other latter books before reading Black House. I found nothing missing for the enjoyment of the latter books in the series and no spoilers for Black House. The stories stand out on their own.

I have started this & am enjoying it, but, personally, I do wish I had read The Black House first. If you like following characters through a series, it's always better to start with the first. I've read about a third of the book, & there have been several references to what happened in the previous book.

I'm currently reading The Blackhouse. Haven't read any others in the series and this one seems to be spending a lot of time setting up characters for the long haul, not just this book. Have not made a decision on whether or not I want to continue the series. Nothing against the characters or the story. But, the number of Gaelic words in this one are making it a difficult read for me at times. At the beginning of the book, there is a list of Gaelic words used and a corresponding pronunciation of each. Still, several words aren't there and their pronunciation are what is troubling me. Well, that and the constant looking back at the list and the disappointment in not finding the word that I wanted to find there. Still, a good read if a difficult one.

Peter May's books are not fast reads, Ron. I give you that. I find it worth the effort in the end.

Janet wrote: "Peter May's books are not fast reads, Ron. I give you that. I find it worth the effort in the end."

I do intend to finish it. Just not sure if I want to read more than just the one. I'm pretty stubborn about finishing a book when I start it. Unless the book really doesn't grab me. But, The Blackhouse has done that despite my misgivings about it.

There's much less, in fact hardly any, Gaelic words in THE LEWIS MAN and his subsequent books. And they are faster paced. As I said, authors improve greatly after their first book, possibly from the experience and feedback from it. This is why I don't start with the first book of an author. I would be doing him or her disservice by judging a whole series by it.

I finished this a couple of nights ago, and quite enjoyed it. I will be looking to read the other two in the series, even though maybe the first isn't as good as the second? Matter of opinion, I'm sure.

Glad you liked it, Patricia. I thought the first one was good also, I was just trying to help Ron who maybe wasn't liking it as much as I did.

Janet wrote: "Glad you liked it, Patricia. I thought the first one was good also, I was just trying to help Ron who maybe wasn't liking it as much as I did."

Actually, the further into it I got, the more I liked it. The Gaelic words after awhile just didn't matter as much. Some had even become familiar. Even if I didn't know how to pronounce them correctly. Now, I'm looking forward to The Lewis Man.

Yay, I did not want you to give up on the series. Writers improve greatly between their 1st to 3rd books in general.