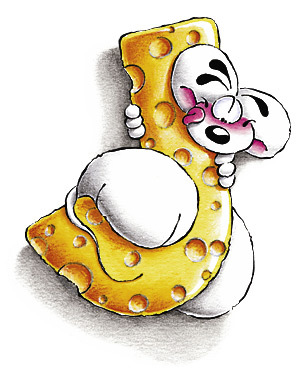 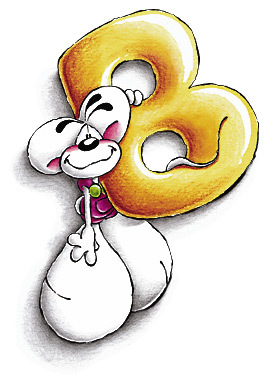 It's waiting in mine as well :)

JB's book is still on sale at Amazon

Okay at last time to start. In bed and will try a couple of pages before it's time for sleep.
You Sofia? Half through by now?

PS) My favorite is in the finale next week. The bad thing is my works Christmas party is that evening. Typical...

I fell asleep in the second chapter Ingela so you're safe :)

I read like 3 pages ...if I exaggerate a bit, haha!
Ready with coffe, a breakfast sandwich and my kindle reader.

PS) Maybe a good Karma? My Idol favorite is a 27 years old cutie rocker. Better dance and drink mulled wine with some old grey haired colleges at a work-party instead. LoL!

I like this British - US English language thing. I'm not sure I see when reading but I can hear it. We read British English in school but with TV, movies and books are we probably usually more used to the American way.

“You look shattered.”
Shattered? Nobody said shattered back home.’

I'm starting now and i'll probably be slow because I have a lot to do this weekend.

Good to see you Maya. I will be slow too so no stress.

It is sad that I have lots to do as well as I rather curl up with the book :D

Ingela - yes better your friends and the party - your imagination about the cutie can be postponed a bit :D

I'm at chapter three - (view spoiler)[I like how JL is weaving in the mystery bit and how we are getting bits and pieces of George which I am wondering about a lot and what happened before. Pity we do not have a visual of the picture in his bedroom :D (hide spoiler)]

I'm really liking it so far at 16%!
Sofia I agree with your spoiler above, love this kind of bits & pieces info drops....

I will unfortunately also be slow, but at the moment, all I want to do is sit down and read to find out more!

...but it's high time to start making dinner, my guests are here by 7 o'clock.

Wish I had more time now. ~ See you later tonight.

You remind me that I have to take care of our supper Ingie - moussaka tonight. Then reading them :D

it seems I have caught up, it reads faster than I expected :)

Hmm, I am not loving Jefferson's voice so far. Not hating it either. For me Jeff is some weird mixture of mature and immature and I'm not sure if that's on purpose or not. But I'm very intrigued by George and I'm curious about the past.

Did you sense some denial in Jeff? I felt like he was trying to hide the past from himself even. (hide spoiler)]

Yeah, denial for sure (view spoiler)[ at around 7%, Jeff says "...one reason I'd reacted that way back then with George was because I'd secretly been worried someone might think that I..."

"I"...what?? I'm guessing the continuation would be something around the lines of "was gay"...duh;-). I like that it is left out, even though I assume it is the gay thing.
Also, Jeff was probably projecting on to others what he was worried about.
(hide spoiler)]

I agree Maya and Therese (view spoiler)[denial or not letting himself see what's in front of him which is the same thing. It's like he wants and he doesn't at the same time. I like this play of mirrors. I'm looking forward to discovering what actually happened. (hide spoiler)]

Chap 5 I laughed out loud (view spoiler)[as if the police needed to know that George might have gone out with a boyfriend. But it does show how important that fact is to Jefferson. (hide spoiler)]

Maya -Jefferson voice - not the mature model we sometimes get with JL. Perry of The Ghost Wore Yellow Socks was a bit like that. I ended up liking him a lot.

I must say I like Jeff and his sometimes "confused" POV:-). But I am a sucker for YA/NA, so I like his immaturity.

@27 - I'm actually a little surprised at how this has developed so far. I thought it was sort of discovering Europe road trip I started to read, but this seems to be something else.

I like Jefferson. He is a confused cutie so far.

Happy to say that Jefferson is growing on me :)

There was a conversation with George in chapter 8 (view spoiler)[where it was revealed what happened in the past between them. Still to find out why Jeff wanted to stop his feelings. (hide spoiler)]

At the same place Maya, yes the why is still the question even George is puzzled.

I had to go check these, hope they are correct:

Sofia wrote: "I had to go check these, hope they are correct:

Thank you Sofia!! I was wondering about the too, but wanted to continue, so didn't look them up:-)

Chap 10 49% (view spoiler)[i thought this was lighthearted when wham bam it got heavy.

I guess accepting his reality was difficult for J. It has lots of baggage and i can't blame him for handling it like this. Some people spend their whole lives hiding from themselves.

The George moment was a bummer.(view spoiler)[

This is truly another kind of JL story. I like it by I kind of miss his older characters a bit. :D

The story might seem light hearted but it isn't Ingie. It's a good thing that we still have unread Jl's on our list.

Oh, it will be some deeper stuff?
Yes it is. :D

It feels very philosophical, and a bit like a mix between a Hitchcock thriller and a Guy Ritchie movie:-).

I really like George, nothing better than a mysterious man...

Better read some pages before sleep time then. :)

It is a bit confusing. Back to Paris again...
I honestly don't get much if it now. How will this end?

Therese wrote: "... I really like George, nothing better than a mysterious man..."

I finished last night and I'm afraid this wasn't a book for me. I couldn't buy into most of what happen, and the emotional part of the book - (view spoiler)[Jeff accepting his sexual identity and the beginning of a romance (hide spoiler)] - for me was the weakest.

Hope you enjoy better than me.

I still have the last chapter to do but I got to go do some work before I finish it, so it'll be later.

I'm sorry this did not turn out well for you Maya. Will open your spoiler later.

I'm enjoying it, it has been a very very awkward dance between Jeff and George.

I still have the last chapter to do but I got to go do some work before I finish it, so it'll be later.

I'm sorry this did not turn out well for you Maya. Will open your spoile..."

Yeah, i think suspence novels with comedy elements aren't my thing at all. I didn't really like The Absence of Light, and Playing the Fool series wasn't my favorite either although i liked one of the characters a lot.
I just need to remember that and avoid this type of stories in the future.

Glad to hear you are enjoying, dear :)

At 70% and four more chapters to do. I like but I don't have that Lanyon feeling but... yeah I'm enjoying.

I home in the sick-bed today (again..) and hopefully will I at least manage to read for a while. I have had some tea and tried to eat a bit. Time to crawl back into bed. :(

Sorry it wasn't for you Maya. Do you usually like Lanyon's work?

Sorry to hear you are ill, Inge. Hope you feel better soon.

This was actually my first full lenght Lanyon book. I've only read one of his short stories last year and i liked it a lot. But not this one. So i'm not sure which of his books i should try next.

Cuddle up Ingie. The book finishes at 94%

I've just finished and I'm happy. It feels like JL decided to give us a story which we usually only hear about when the characters are more mature (like it would be an encounter they had and then they seperate and we get the reunion years later after they've become older)

I don't know what to recommend from JL's to you Maya because most of them have a mystery/crime as the backbone around which the story is built. Perfect Day and Out of the Blue are not like that though, though Out of the Blue has a mystery element but it's nicely woven in.. I'll message you if I think of more :) And I'm sorry that you might miss Adrien English because of the crime element because those 5 books are great though that series has wit rather than comedy.

Perfect Day was the short story i have read and liked.
Hmm, on the other hand there were mysteries that i've really liked. Julie Bozza's Albert J Sterne for example. I think i'll give Adrien English a try at some point. I have bought the series plus some of her novellas last year so i'll get to them sooner or later :)

I've been thinking about Jeffereson ...
When this conversation happened (it's in chapter 11 which we have all read so i'm not putting it in spoilers):

“Why are you so afraid of being different?” George had asked at one point, a little angrily. Looking back, I realized that by then he had been confused and hurt and afraid at what he’d inadvertently unleashed.
“Because I’m already different. I’m different enough without that difference. That’s going to...”
Ruin everything. Make my life so much harder. Disappoint people.


What did J mean by saying he's already different? I didn't get why he thought that.