Name: Reisuke Houjou
Nick name: Rei
Good/bad: Bad
Female/male: Male
Power: Enhanced intelligence
Weapon: None
History: Reisuke was born 5 years ago, to unloving parents. His parents often are wrapped up in their own lives to care about Reisuke. He has always been on his own, but a 1 1/2 years ago his parents showed some love towards their son and bought him a pair of hand puppets. He loved the puppets, taking them everywhere. Rei has always known about his powers, but has never really had much of a reason to use them.
Family: Kuro (Father) Akemi (Mother)
Crush: None
Relationship status: Single
Sexuality: Straight
Personality: To the unsuspecting eye, Reisuke appears to be just an ordinary toddler - innocent, bright, curious and polite. However, Reisuke is really a complex individual despite being a five-year old. Reisuke uses his young appearance and age to fool people, acting like the normal toddler he should be. However, beneath that he is really a sadistic, creepy and cruel person, and very intelligent for his age. Despite this, he still has the mindset of a child.
Other:
Appearance: 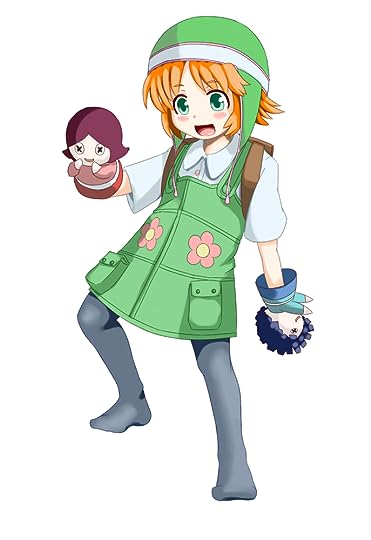